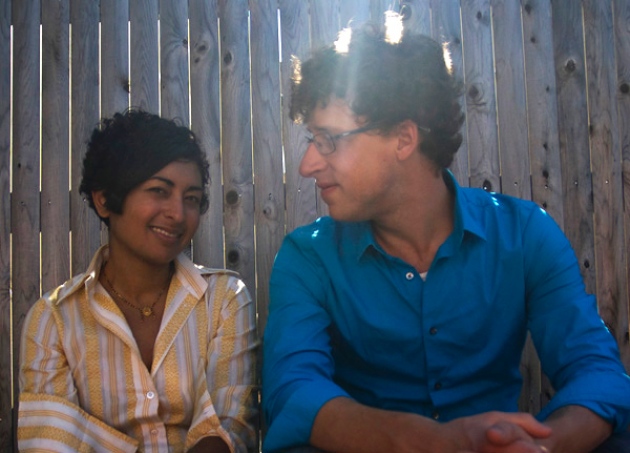 Spouses — and researchers — Sonia Vallabh and Eric Minikel have a personal stake in prion research.

When Eric Minikel read a paper last spring suggesting that genetic prion diseases strike at younger ages in successive generations1, he was sceptical. Minikel, a computational scientist at Massachusetts General Hospital in Boston, was hardly impartial — his wife, Sonia Vallabh, carries the genetic mutation that causes an incurable prion disease called fatal familial insomnia. But he thought he saw major flaws in the analysis.

Now, working with leading prion researchers, Minikel has confirmed those initial suspicions: genetic prion diseases do not appear at younger ages in each generation. In a paper published on 2 October in the American Journal of Human Genetics2, Minikel and his colleagues reject earlier analyses that found that such diseases occurred 7–14 years earlier in children than in their parents — a phenomenon that geneticists call anticipation.

“This clears up a puzzle in the literature,” says neurologist Simon Mead of the Medical Research Council’s Prion Unit in London, who contributed data to Minikel's paper. “In my mind I’d never really believed this story — I’d always thought there must be some bias there, but I’d never taken the trouble to work it out. Eric really got his teeth into it.”

For Minikel and Vallabh, the paper has a more personal meaning: “It’s a huge relief,” says Minikel. When he first heard about anticipation in prion diseases, he remembers thinking: “My wife’s mother died at 52 — does this mean she’ll die at 40?”

“We’ve met people who really believe that they have seen anticipation in their own families,” says Vallabh, who is 30. “It’s a heavy enough load to carry around without thinking that the disease is going to strike you even earlier in life than the cruel age at which it took your parents.”

Fatal familial insomnia and other genetic prion disorders, such as Creutzfeldt–Jakob disease (CJD), occur when inherited genetic glitches cause the prion protein to fold itself incorrectly, leading to the death of brain cells. Unlike the prion disorder bovine spongiform encephalopathy (popularly known as 'mad cow' disease), genetic prion diseases are not caused by ingesting infectious prions in food. 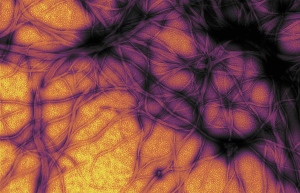 When prion proteins fold incorrectly, they lead to brain-cell death.

A few reports, such as the one that prompted Minikel to undertake the latest study, suggested that genetic CJD occurs earlier in children than in their parents.

To determine whether such findings might be the result of experimental error or sampling bias, Minikel wrote a computer model. He wondered whether a signal of anticipation might have arisen simply because the mutation that causes CJD was discovered relatively recently, in 1989.

For both children and parents to have developed the disease in the 25 years since, the parents must have developed CJD relatively later in life than their children, he reasoned. “We have only been looking for so long, so we only find families where the parent dies older than the child,” Minikel says.

Minikel’s model suggested that this phenomenon — a type of sampling bias called ascertainment bias by researchers — could result in false findings of anticipation. He convinced the four leading prion centres around the world to check their data for signs of this type of bias. The centres combined their data on 97 families with CJD.

At first, simple statistical tests seemed to indicate that children in this data set were indeed diagnosed with the disease at earlier ages than their parents. But there was no signal of anticipation in the data sets that had the most information about patients and their family members; for instance, information about the ages at which several generations of parents, grandparents, siblings, cousins and so on had died, rather than just information on the individuals who have become sick since the CJD mutation was discovered.

Another finding also suggested that the anticipation findings are probably spurious: when Minikel looked at parents and children who did not die from CJD, these children also appeared to die at earlier ages than their parents. This suggests there is something about the way the data on parents and children are being collected that causes a signal of anticipation to appear, since it is unlikely to be a real phenomenon in people unaffected by prion diseases.

“This paper should help set this idea of anticipation to rest,” says neuroscientist Michael Geschwind of the University of California San Francisco, the senior author of the paper.

But Maurizio Pocchiari, a virologist at the Italian National Institute of Health in Rome who authored one of the studies that found evidence of anticipation, says the jury is still out. “Caution is needed before reaching strong conclusions that would preclude further research in this delicate area,” he says.

The paper is Minikel’s first published research study, but it probably will not be his last. In 2012, he and Vallabh decided to devote their lives to research to find treatments for fatal familial insomnia, which killed Vallabh’s mother in 2010. The couple have just started graduate school in biology at Harvard University and say that being personally affected by the disease gives them a different perspective on science from most researchers in the field — for instance, by prompting them to solve the puzzle of anticipation that had long vexed scientists.

“My sense is that people didn’t bother to refute it, but to me as a patient, it still matters,” Minikel says. “There are things I think about as a patient that are not as much in researchers’ minds.”