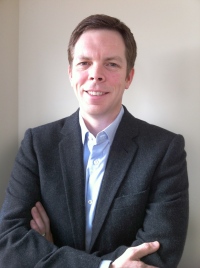 Keith Collier aims to speed up the publishing cycle by paying academics to review papers.

Researchers waiting for their manuscript to emerge from multiple rounds of peer review as it bounces from journal to journal can easily get frustrated at the inefficiencies of the system. Soon they may have another option: paying for a fast, independent peer review that could travel with the paper from one journal to another.

The concept comes from a company called Rubriq. Charging authors an estimated US$500–700 for its service, the firm plans to offer a standard-format anonymized review, and is currently testing its concept with publishers including Public Library of Science (PLoS), Karger, F1000Research and Wiley, as well as more than 500 reviewers. The company — owned by research software and services firm Research Square in Durham, North Carolina — is one of a number of firms hoping to capture functions usually performed by publishers.

Rubriq co-founder Keith Collier is confident that there is a gap in the market. “Millions of hours are spent every year on redundant reviews,” he says. Collier has experience: he was previously general manager of ScholarOne, a widely used peer-review service based in Charlottesville, Virginia, and owned by Thomson Reuters. He estimates that around 50% of articles are initially rejected. Every resubmission can lead to another round of peer review, delaying publication and costing time and money.

Recognizing the problem, journals are increasingly passing on their rejected papers with peer reviews attached; but such transfers tend to take place only within a publisher. Matthew Cockerill, managing director of BioMed Central (BMC) in London, says that BMC’s Genome Biology accepts around 10% of submitted papers, but passes on 40% of those it rejects to other BMC journals together with the peer reviews; of those, around 50% are published somewhere within the BMC group.

Publishers are trying to share reviews more broadly: both BMC and PLoS are now working with the open-access journal eLife to explore passing on peer reviews with rejected papers, Cockerill says. But an early effort to do so — an alliance of neuroscience journals that in 2008 agreed to accept manuscript reviews from one another — has met with limited success. Before the scheme, journal editors who were wedded to their own peer-review standards “seemed more likely to use one another’s toothbrushes than their review formats”, says Clifford Saper, a former co-chair of the consortium. Even today, only 1–2% of rejected papers within the group are shared with other journals, says John Maunsell, a current co-chair.

Collier is betting that journals will accept the standardized peer-review form it has created, which follows the example of a similar organization called Peerage of Science, based in Jyväskylä, Finland. That service has signed up a community of more than 1,100 scientists and has processed 67 manuscripts. Authors pay nothing. Instead, journals subscribe to the service and are charged up to €400 (US$540) for each manuscript they accept (three have been published in this way so far). Scientists can also point other prospective publishers to the reviews of their papers.

Rubriq’s emphasis is on speed. By paying peer reviewers $100 each, it hopes to get reviews back within a week. That payment will not compensate a reviewer for his or her time (which economic analyses have estimated as worth on the order of $400 per review) but it could start to professionalize what has historically been a voluntary role, Collier says. The payments are covered by Rubriq’s fee to authors, which also covers the administrative burden of recruiting reviewers and assigning papers — an estimated $200. Pete Binfield, publisher of PeerJ, which aims to cut the costs of publishing dramatically and which launched its first articles this week, says that $200 is a fair cost, and thinks that those activities cost about the same at PeerJ. (Binfield is on Rubriq’s advisory panel.)

Other publishers are taking a more radical approach to publishing models: from the European Molecular Biology Organization’s open peer review, in which anonymous reports are made public, to F1000Research’s strategy: publish first and peer review later. But Collier says that Rubriq aims “to be an independent validation service to streamline the publishing process; we’re not trying to disrupt the industry”.

The original version of this story wrongly stated that the European Molecular Biology Organization’s open peer review was not anonymous. The reviews are made public but are anonymized. The text has been corrected to reflect this.