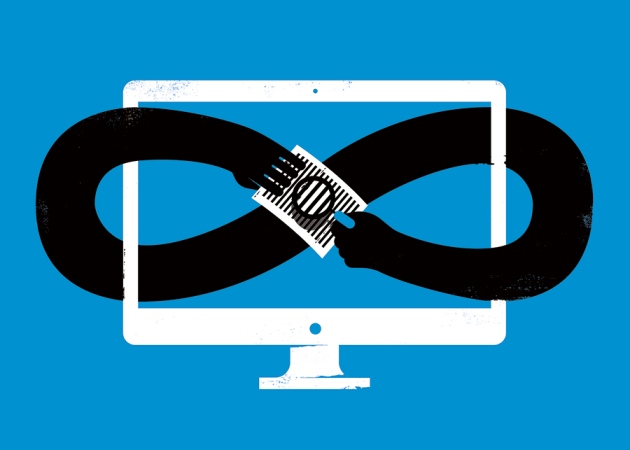 Sebastian Neubert, a particle physicist at Heidelberg University in Germany, leads a group studying subatomic particles called pentaquarks. The six team members all have access to the software code used to run their multi-step analyses, and the programmers update it daily with new features and bug fixes. With each code change, however, they run the risk of introducing inadvertent errors that foul the underlying algorithms.

To prevent that, the team checks and rechecks the analyses, and uses error-checking algorithms, functions they can call whenever a change is proposed, to ensure that their software works as intended. One test, for example, verifies that a noise-cancelling algorithm gives the correct output when it is run on practice data.

In 2015, in an effort to save time and resources, the team took inspiration from the technology industry, automating their testing using a process called 'continuous integration'.

In continuous integration, changes to software code automatically trigger repetitive tasks, such as error-checking. Fundamentally, the process simplifies a task that diligent coders already perform. Programmers usually write lists of tests that they will run periodically to ensure that their code still works, just as Neubert's team do. But a busy team might forget or lack the time to run them, allowing errors to creep in. Continuous integration automates that process so those checks run whenever a change is proposed, saving team members the time they would spend hunting down an error. A team running genomic analyses could spend more time at the bench, while a group developing climate-prediction software could better refine its models. That said, the resulting peace of mind is only as good as the tests themselves: a poorly designed test can still allow mistakes to pass undetected.

The process is common in the commercial and open-source sectors. A study presented at the 2016 IEEE/ACM International Conference on Automated Software Engineering in Singapore found that about 40% of the 34,544 most-popular open-source projects hosted on the coding collaboration site GitHub used continuous integration in some form.

Only a few of those open-source projects might be considered scientific software, but an increasing number of scientists are looking to continuous integration to automate all sorts of time-consuming tasks, from testing code to updating documents with the latest data.

Researchers at institutions such as CERN, Europe's particle-accelerator laboratory near Geneva, Switzerland; the Pacific Northwest National Laboratory in Richland, Washington; and the Ontario Institute for Cancer Research in Toronto, Canada, have embraced the practice, but adoption in the scientific sector remains relatively sparse.

For Neubert, continuous integration ensures that the pipeline's behaviour remains correct and consistent as his team refines its code, providing an “incredibly valuable” safeguard. “There is a real danger of just missing something or making a slight mistake,” he says.

A variety of continuous integration services exist. These include the open-source Drone, and commercial options such as CircleCI, Codeship, GitLab, Shippable and Travis CI, all of which offer pricing tiers based on the desired testing behaviour, number of users and whether the project is public or private. Travis CI, for instance, is free for open-source projects; private projects cost from US$69 per month. Shippable offers a free basic service for public projects, but charges $25–150 per month for support for private projects and greater computing power, among other features.

Researchers should consider what is a suitable and worthwhile investment, however. Not every project needs continuous integration and setting up and configuring a service can be challenging. Further difficulties can arise if the services need to interact with software or data with legal restrictions on its use, says Daniel Himmelstein, a data-science postdoc at the University of Pennsylvania in Philadelphia.

“Continuous integration has shortened the turnaround time for approving contributions.”

Also, code is often used only once, making the cost even less worthwhile. “For day-to-day research coding, the amount of code is not large enough to make continuous integration valuable,” says Andrea Zonca, a specialist in high-performance computing at the University of California, San Diego. He uses Travis CI when publishing code, but most that he writes is for his own one-time use and is not executed again.

Computing costs can also mount if code is being constantly updated and requires repeated testing, which is why Neubert's lab only tests its most critical data analyses after code changes.

Despite these challenges, continuous integration services tend to improve code quality, says Björn Grüning, a bioinformatician at the University of Freiburg in Germany, especially on large projects such as Galaxy, a bioinformatics toolkit that Grüning, along with about 160 others, contributes to.

According to Grüning, continuous integration has shortened the turnaround time for approving contributions to the Galaxy project and given programmers more confidence when submitting new features and fixes. Before these services were available, it was often impractical for researchers in such projects to test every new feature collaborators proposed because they didn't have the time, he says.

Some researchers use continuous integration to automate non-programming tasks. In April, as part of a project studying how ecosystems change over time, Ethan White, an ecologist at the University of Florida in Gainesville, helped to configure Travis CI to update tables and plots automatically with new field or weather-station data, saving the research team up to 5 hours a month.

Whether hosted externally by a third party or on a user's own machine, the continuous integration service is controlled with a custom set of instructions. This configuration file defines the tasks to be run and sets up the server with the correct environment — the operating system and software libraries — required to run them. The service then executes those instructions at set times or on receipt of a code or data update.

University of Pennsylvania bioinformatician Casey Greene, who uses continuous integration to rerun his data analyses, has tested many of today's most popular services. “The good news about all of these services is that they're quite similar,” he says.

Subtle differences do exist, for instance in the number of concurrent jobs users can run, or the amount of computing power available to run them. “I'd encourage people to dig into the limits of each service to make sure they are compatible with their workflows,” advises Greene.

Although continuous integration adoption in science right now is small, it is growing, and more researchers should get on board, Greene says. Getting up to speed takes time, he acknowledges, but often, the effort is worth the reward. “Scientists analysing data should have it in their toolbox.”