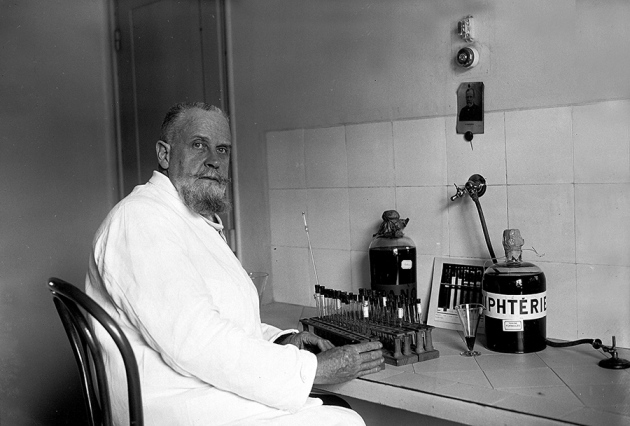 155 nominations but no Nobel: Gaston Ramon (1886—1963), a microbiologist and French veterinarian, developed a vaccine against diphtheria.

Seven deserving researchers won the 2016 Nobel science prizes, announced last week. But spare a thought for the scientists who attract large numbers of nominations for a Nobel medal — yet never receive the coveted call from Stockholm.

The Nobel Foundation keeps details of nominees confidential for at least 50 years, but releases most older records to an online database. Nature analyzed the public archive to find the most hard-done-by nominees. The ‘winner’ is Gaston Ramon, who received a remarkable 155 separate nominations for the Nobel Prize in Physiology or Medicine between 1930 and 1953 (the latest year for which the Nobel Foundation has released nominee information for that prize). But he never found favour with the Nobel judges.

Ramon was a French veterinarian and biologist who in the 1920s developed a vaccine against diphtheria, which at the time was a leading cause of death. He inactivated the toxin responsible for the disease using formalin, creating a weakened form that could be injected into people to provoke an immune response. Ramon's method, which produced a reliable, standard dose, enabled mass vaccination against diphtheria.

Another crucial diphtheria researcher who went unrewarded was Emile Roux, a French physician and researcher who received 115 nominations between 1901 and 1932. Roux discovered the diphtheria bacterial toxin in the late nineteenth century (along with Alexandre Yersin, whose name lives on in his discovery of theYersinia bacterium that causes bubonic plague).

So near to a Nobel

The Nobel Foundation releases new data on past nominations each year. The table relates to nominations made public by 2016; the data run up to 1965 for all Nobel Prizes except the Nobel Prize in Physiology or Medicine, which contains data until 1953.

Roux (who also co-developed the rabies vaccine with Louis Pasteur) and Ramon may have lost out because several Nobels had already been given for discoveries in immunology and infectious diseases, says Erling Norrby, a virologist who researches the Nobel archives and who was permanent secretary of the Royal Swedish Academy of Sciences from 1997 to 2003. In 1901, for example, Emil von Behring was rewarded for his discovery that serum containing antibodies to the diphtheria toxin could be used to treat the disease.

But in other cases, biases or internal power plays among the small selection committees that decide the Nobel prizes might have been to blame, says Robert Marc Friedman, a science historian at the University of Oslo.

Under the prize procedures, the Nobel selection committees invite a group of nominators to submit names for consideration, along with supporting arguments. In physics, the selection committee in the early years was dominated by Swedish experimentalists, Friedman says, who had little time for theory. That could have contributed to some physicists missing out on an award, such as French mathematician Henri Poincaré (51 nominations between 1904 and 1912), although they had clear support in the scientific community. The most-nominated chemist never to win the chemistry Nobel — British researcher Sir Christopher Kelk Ingold, with 68 nominations between 1940 and 1965 — probably lost out because his papers on reaction mechanisms similarly ran up against the distaste of the Nobel committee at the time for theoretical work, Friedman says.

Committees have also often preferred candidates with internationally diverse backing, says Nils Hansson, a historian at the Heinrich Heine University of Düsseldorf in Germany. That might have scuppered the chances of René Leriche, a French surgeon who received 79 nominations between 1930 and 1953 — largely from French peers — and Ferdinand Sauerbruch, a German surgeon who received 56 nominations — again largely from his own nation’s scientists — between 1914 and 1951.

Many scientists, no doubt, missed out on the prize because there were simply more prize-worthy researchers than medals, says Hansson. But the Nobel archives — bundles of yellowed nomination letters and deliberations — have thrown up some surprising details. Take US physician Harvey Cushing, considered to be the father of neurosurgery, and an obvious frontrunner for the medicine prize, who had 38 nominations from 1917 to 1939. Hansson is convinced that Cushing failed to win simply because his nomination letters did not do justice to his seminal work. “With nominators like that, who needs enemies?” he says.

“A kaleidoscope of human agency is necessarily involved in awarding the Nobel Prize, as with any other prize,” says Friedman. “There are no grounds for assuming the winners of the Nobel Prize constitute a unique population of the very ‘best’ in science.”