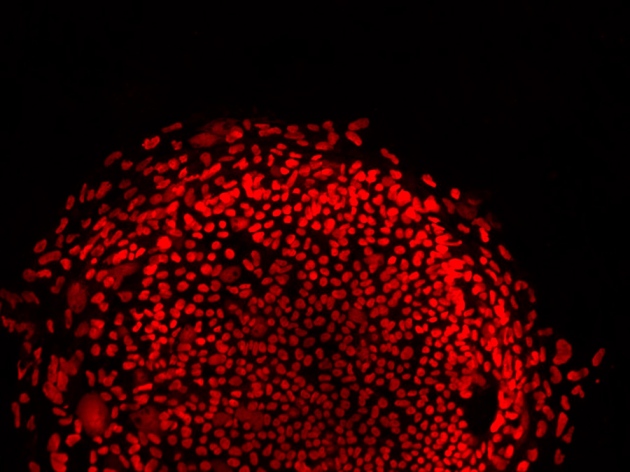 Scientists have established two ways to take differentiated cells from one person and generate stem cells capable of forming all cell types in the body — most recently by cloning. Research published today in Nature1 compares genetically identical human stem cells made by different techniques and reveals differences in gene expression that might be important for medical research and for cell therapies.

The newer techniques, called nuclear transfer and genetic reprogramming, can use cells from living people to make pluripotent stem cells that are genetically matched to a patient. For research purposes, matching provides cells from people whose disease history is known. For therapies, matching means that cells are more likely to be suitable for therapies.

Last year, Shoukhrat Mitalipov, a cell biologist at the Oregon Health and Science University in Portland, and his colleagues became the first to produce human pluripotent stem cells using nuclear transfer3, a technique also known as cloning. They took the nucleus from a cultured skin cell, placed it in an unfertilized egg that had had its nucleus removed, then made embryonic stem (ES) cells from the resultant embryo.

In the paper published today, Mitalipov and his collaborators compared cloned ES cells to 'induced pluripotent' stem (iPS) cells made by inserting ‘reprogramming’ genes into cells from the same batch of cultured skin cells used to make the cloned ES cells.

In neither case did the genetic material return fully to an embryonic-like state, says Mitalipov, but one technique was the clear winner. “Nuclear transfer doesn't do a perfect job of resetting, but in general it does a very, very good job in relation to iPS reprogramming.”

To measure the relative quality of the two types directly, they saw how they measured next to the 'golden standard' of cells from discarded embryos by looking at their patterns of methylation, a type of 'epigenetic' modification of DNA, meaning that it affects gene expression without changing the underlying gene sequences.

Methylation patterns of nuclear-transfer ES cells were closer to those from fertilized eggs than were methylation patterns in iPS cells. More than 1,200 genes were expressed differently in the three cell types; most of these differences, about 65%, were between iPS cells and the two types of ES cells. These differences, says Mitalipov, could mean that ES cells from nuclear transfer are better able than iPS cells to mature into other cell types.

“It’s an important study. It points to some clear differences,” says Martin Pera, a stem-cell biologist studying pluripotency at the University of Melbourne in Australia. However, he says, much more work remains to be done. Epigenetic modifications of iPS cells sometimes grow more like those of ES cells over a longer time in culture, for example, and it is unclear whether the differences spotted by Mitalipov and his team will matter once the stem cells have been coaxed into specialized types.

Genetic reprogramming is likely to remain the dominant technique for making new pluripotent cells, says Pera. Nuclear transfer is ethically, logistically and technically more difficult. It requires young women to provide eggs and creates an embryo that is then destroyed for research. (Mitalipov and his collaborators needed their institutions’ approval and special funding sources to work on the cells.) The nuclear-transfer technique also requires several months of training.

Still, such studies are warranted, says Pera, because understanding how an egg cell resets a transferred cell’s nucleus into an embryonic-like state would solve a big biological mystery and might help to improve techniques for creating pluripotent cells. “As we see these differences, we may get clues on how to modify the iPS process to get greater fidelity with ES cells.”