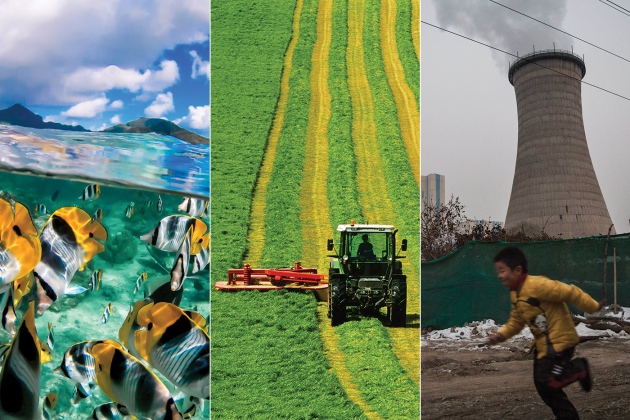 As the leaders of more than 130 nations prepare to sign the Paris climate agreement, the Intergovernmental Panel on Climate Change (IPCC) has agreed to embark on an in-depth review of what global warming of 1.5 ºC above pre-industrial levels might do to humans and ecosystems.

“We have focused on what might happen at four or more degrees warming,” says Corinne Le Quéré, director of the Tyndall Centre for Climate Change Research in Norwich, UK, and an author of many IPCC reports. “The impacts of relatively modest warming are much less studied.”

At a meeting this week in Nairobi, the group agreed to produce three special reports over the next few years. One will look at the impacts of 1.5 ºC of warming and is to be completed as early as 2018; the other two will assess the impacts of climate change on land use and on terrestrial ecosystems and on oceans, glaciers and polar ice sheets.

The IPCC’s last round of reports, completed in 2014, helped to create a sense of urgency around the negotiations in Paris in December, where nations agreed to try to keep the rise in the planet’s temperature “well below” 2 °C and to push for it to be limited to 1.5 °C. But the commitments made so far by nations are unlikely to keep warning much below 2.7 ºC. “We must learn to understand what that difference might mean for nature and society,” says Le Quéré.

The reports’ specific approaches and content will be determined in scoping meetings over the next month.

The special report on 1.5 ºC will need to outline greenhouse-gas emission pathways that might limit global warming to safe levels, says Jan Fuglestvedt, a climate scientist with the Center for International Climate and Environmental Research in Oslo and a vice-chair of the IPCC’s physical-sciences group.

“It’s essential that governments know how and when they need to act to keep warming below 1.5 degrees,” he says.

But others say that the report should focus on fundamental scientific uncertainties, such as how rising carbon dioxide concentrations will affect the temperature or how climate change will affect human health, rather than looking at hypothetical solutions to the climate dilemma, such as geoengineering technologies that might reflect back sunlight or capture and store CO2.

“Unrealistic mitigation pathways that rely on unproven geoengineering techniques are not very helpful,” says Le Quéré. “We must not miss the opportunity to gain knowledge in ranges that really matter.”