The hottest papers of 2015 covered topics ranging from cancer risk and autism to mass extinctions and reproducibility in science, according to Altmetric, a London-based company that tracks the attention received by academic publications in the media and on blogs and social networks. Studies in biology, medicine and health dominated its annual top 100 list, as they did last year, but papers about climate and environmental science also pushed their way up the ranking. Nature rounds up a few of the papers on the list.

Scientists captured the soul of an artist in a computer to produce eye-catching, artistic images that spread rapidly on social media. Leon Gatys at the University of Tübingen, Germany, and his team developed an algorithm that extracts and combines the content of one image with the style of another — turning an ordinary photograph into a close approximation of a painting by Vincent Van Gogh or Pablo Picasso, for example. The authors write that this algorithm may help to decode how humans create and perceive art. 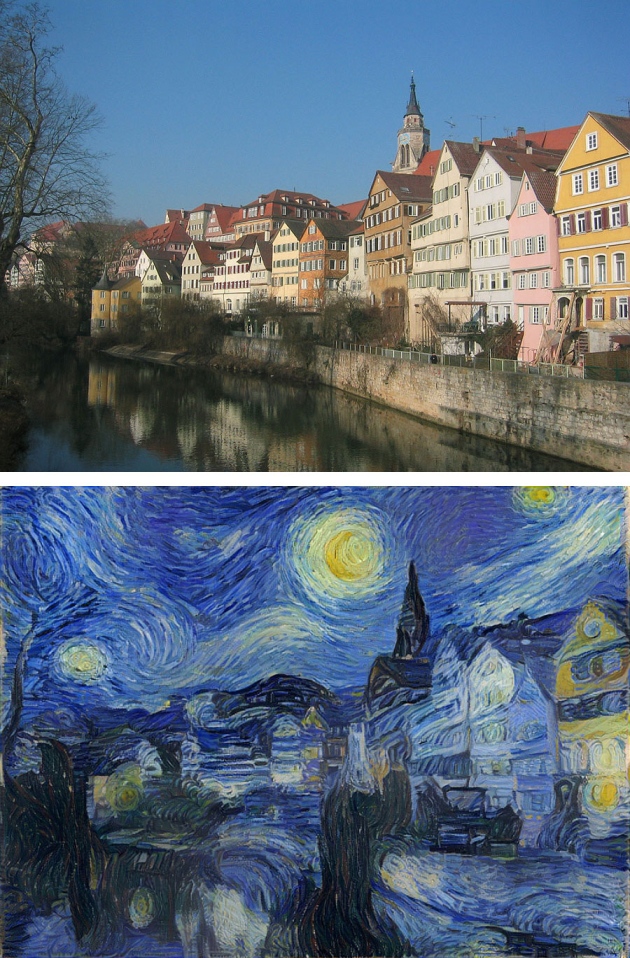 An algorithm converted the upper image into the lower one, in the style of Vincent van Gogh.

The authors posted their paper on the preprint server arXiv1 in August, and made the model publicly available — inspiring others, such as Kai Sheng Tai, a data scientist at MetaMind in Palo Alto, California, to create their own versions of the program. 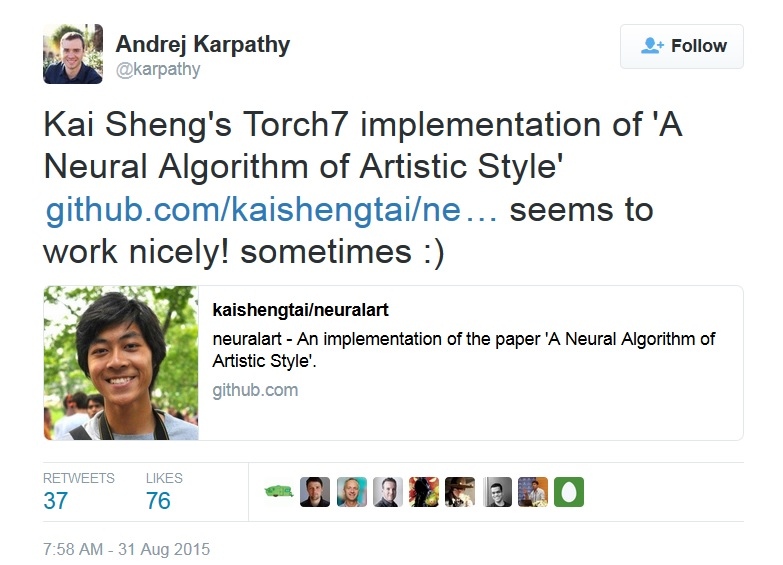 Computer scientists did more than create art — they say they have solved the perfect game of poker, too.

A team led by Michael Bowling at the University of Alberta in Edmonton, Canada, developed an algorithm named Cepheus that can play two-person Texas hold ’em poker — and win every time. It even bluffs, according to the team’s Science2 paper, published in January.

Whereas computers are almost unbeatable in games such as draughts (also known as checkers), more complicated games, in which the other player’s pieces aren’t visible to the computer, have been more challenging for developers to solve. But Bowling and his colleagues trained the algorithm to learn from its bad decisions as it played.

Iyad Rahwan, a computational social scientist at the Massachusetts Institute of Technology in Cambridge, tweeted:

Keep it in the ground (ranked 7th)

This year started out with a dire outlook on climate. For the world to stay within a limit of 2 °C of warming and prevent catastrophic climate change, scientists warned that nearly 90% of the globe’s remaining coal reserves must remain unburned.

Christophe McGlade and Paul Ekins at University College London mined data3 collected by organizations including the US Geological Survey, the US National Petroleum Council and the World Energy Council. They then modelled, by region, how much oil, gas and coal needs to stay in the ground between 2010 and 2050 to meet the 2 °C target. In the absence of new ways to capture and store carbon, the authors found that more than one-third of the world’s oil, more than half of the gas and 88% of coal must remain untouched.

Nearly a year after the paper’s publication, the UK Energy Research Centre tweeted a reminder to delegates at the United Nations climate conference (COP21) in Paris:

When the clock strikes midnight on New Year’s Eve, consider carefully who you are standing next to. A study showed that 80 million bacteria are transferred between two people during a single kiss.

Remco Kort at VU University Amsterdam examined the tongue microbes of 21 couples, and found that partners shared similar tongue microbiomes. The more often the two people reportedly kissed, the more similar were their salivary microbes. When the team asked the couples to kiss for 10 seconds after one person had drunk a yogurt beverage filled with marker bacteria, the researchers found that millions of bacteria moved from one tongue to the other.

The paper was published in the journal Microbiome4 in November 2014, but resonated throughout 2015, according to Altmetric. Sarah Hird, a microbial geneticist at the University of California, Davis, wrote on her blog: “So many microbes sloshing around — it’s a little bit gross, a little bit cool, and 100% science.”