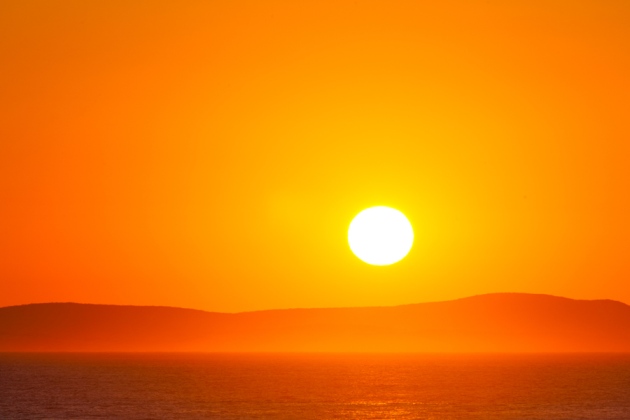 Some geoengineering plans seek to increase the amount of sunlight reflected into space.

A high-profile study of the nascent field of geoengineering says that no amount of climate tinkering will solve the problem of too much atmospheric carbon dioxide. And schemes for spraying planet-cooling particles into the atmosphere are so technologically immature that researchers should not even try them.

The much-anticipated report by the US National Research Council (NRC) is the latest attempt to lay out a governance structure and research agenda for the field. The 10 February analysis contains little new science, but it is likely to have a major role in shaping the future of US geoengineering research.

“The biggest thing about the report is that the government asked for it,” says Jane Long, former associate director for energy and the environment at the Lawrence Livermore National Laboratory in Livermore, California, and author of a recent Nature commentary on geoengineering. “That is really important, because it legitimizes the discussion.”

Proposals to study geoengineering have tended to languish because there was no obvious way for federal agencies to fund them within existing research programmes, she says. But now the US government has a clear path forward to start thinking about doing such tests.

“Hopefully this will get us an American research programme,” says Alan Robock, an atmospheric scientist at Rutgers University in New Brunswick, New Jersey.

The Central Intelligence Agency is a major funder of the report, along with science agencies including the National Oceanographic and Atmospheric Administration and NASA. Marcia McNutt, former director of the US Geological Survey and current editor-in-chief of Science magazine in Washington DC, led the NRC panel.

The group held nothing back in its critique, starting with what the field should be called. Committee members chose ‘climate intervention', because they say that ‘geoengineering’ or ‘climate engineering’ implies a level of technical precision that does not exist.

The report eviscerates several approaches to climate intervention as too risky to try — including many schemes to reflect more sunlight than usual back into space, a process known as albedo modification. “There is significant potential for unanticipated, unmanageable, and regrettable consequences in multiple human dimensions from albedo modification at climate altering scales,” the authors write.

Other major reports, such as those from Britain's Royal Society in 2009 and the US Bipartisan Policy Center in 2011, have called for more research into geoengineering and stricter political and ethical oversight of such experiments. But the field has continued to stumble ahead, perhaps faster than many researchers would like. In 2012, a UK field test to spray water mist from a balloon was cancelled amid a flurry of controversy involving a patent for the technique. The same year, a private effort dumped iron sulphate into the waters off western Canada, in an effort to stimulate plankton blooms and salmon runs while also sequestering carbon. It was also sharply criticized.

The new report is careful to separate two approaches to climate intervention — capturing and storing carbon, and changing the reflectivity of Earth to cool it down. Neither is a substitute for cutting emissions of carbon dioxide and other greenhouse gases, the authors say, but both could become part of a broader strategy to fight climate change. “There are no silver bullets,” says panel member Waleed Abdalati, director of the Cooperative Institute for Research in Environmental Sciences at the University of Colorado in Boulder. “It's a statement of where we've gotten ourselves climatologically that these kinds of things are on the table.”

Capturing and storing carbon tackles the problem directly, by removing carbon dioxide from the atmosphere. But existing technologies are expensive, slow to work and environmentally damaging, the report notes. It recommends that the government fund research to make carbon dioxide removal cheaper and easier — although it explicitly warns against ocean fertilization, such as the Canadian iron experiment, because the technological risks outweigh potential benefits.

Albedo modification drew harsher words, because many techniques seek to modify properties of clouds, manipulating physical processes about which researchers know relatively little. For now, scientists might be able to do small experiments on particles that are already being sprayed into the atmosphere, such as by setting up instruments downwind of an erupting volcano or a polluting factory. But before anything big gets under way, scientists should develop a new generation of space-based instruments to study radiative forcing, and work to better understand climate processes, says Abdalati.

“There’s a lot more knowledge we could have,” says Long. “We could do so much better than we are now.”