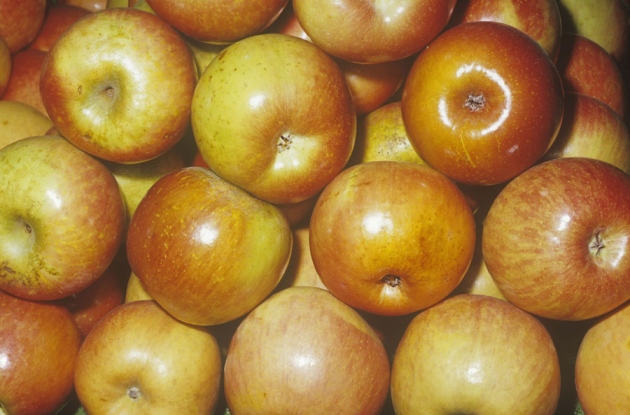 Those who remember how Fuji apples tasted four decades ago may find that the current fruits have become sweeter and softer as climate has changed.

Those who find satisfaction in the crunch of a hard apple have reason to be worried about climate change: a 40-year study of Japanese apple orchards has found that global warming is producing softer — but sweeter — apples.

The work, published today in Scientific Reports1, joins a growing body of research that describes how changes in climate are affecting iconic foods. The findings mean that Japan’s beloved Fuji apples join the ranks of other plants that are likely to have their harvests altered by warming temperatures, such as wine grapes and the sugar maple trees used to make maple syrup.

“Climate changes are impacting the everyday lives of real people,” says Christopher Field, an ecologist at the Carnegie Institution for Science in Stanford, California, who was not involved with the work. “It is not just an abstraction.”

Previous work had shown that rising temperatures could make apple trees flower earlier. Fruit-tree specialist Toshihiko Sugiura of the National Agriculture and Food Research Organization in Tsukuba, Japan, and his colleagues decided to look at how this shift affects the quality of the fruit. The team analysed four decades' worth of data collected from two varieties of apple — Fuji and Tsugaru — grown in the Nagano and Aomori prefectures.

They found that the hardness and acidity of the apples had declined during that time, while their sweetness had increased. The changes may not be apparent to consumers because they took place so gradually, says Sugiura. “But if you could eat an average apple harvested 30 years before and an average apple harvested recently at the same time, you would really taste the difference,” he says.

Gregory Jones of Southern Oregon University in Ashland, who studies the effects of climate change on wine grapes, says that the results of this and other studies — including his own unpublished work on pears — are beginning to fall into a pattern: warmer temperatures coax plants into flowering earlier and yielding riper, sweeter fruit at harvest.

The findings will help to inform efforts to breed new varieties of fruit crops that can cope better with the changing climate, or could encourage a change in farming practices to account for warmer temperatures. Such information can also alter calculations of the relative costs and benefits of easing climate change, adds Field: “If climate change is causing this damage, we need to put that into our equation about how willing we are to take steps to minimize that damage.”