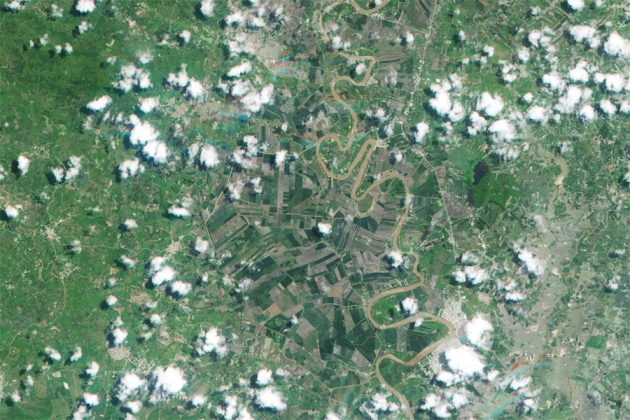 A Planet Labs satellite image of the coastal province of Guayas, Ecuador, after the 16 April earthquake.

On 25 April, Zooniverse launched a website that asks volunteers to analyse rapidly-snapped satellite imagery of the disaster, which led to more than 650 reported deaths and 16,000 injuries. The aim is to help relief workers on the ground to find the most heavily damaged regions and identify which roads are passable.

Several crisis-mapping programmes with thousands of volunteers already exist — but it can take days to train satellites on the damaged region and to transmit data to humanitarian organizations, and results have not always proven useful. The Ecuador quake marked the first live public test for an effort dubbed the Planetary Response Network (PRN), which promises to be both more nimble than previous efforts, and to use more rigorous machine-learning algorithms to evaluate the quality of crowd-sourced analyses.

The network relies on imagery from the satellite company Planet Labs in San Francisco, California, which uses an array of shoebox-sized satellites to map the planet. In order to speed up the crowd-sourced process, it uses the Zooniverse platform to distribute the tasks of spotting features in satellite images. Machine-learning algorithms employed by a team at the University of Oxford, UK, then classify the reliability of each volunteer’s analysis and weight their contributions accordingly.

Within 2 hours of the Ecuador test project going live with a first set of 1,300 images, each photo had been checked at least 20 times. “It was one of the fastest responses I’ve seen,” says Brooke Simmons, an astronomer at the University of California, San Diego, who leads the image processing. Steven Reece, who heads the Oxford team’s machine-learning effort, says that results — a “heat map” of damage with possible road blockages — were ready in another two hours.

In all, more than 2,800 Zooniverse users contributed to analysing roughly 25,000 square kilometres of imagery centred around the coastal cities of Pedernales and Bahia de Caraquez. That is where the London-based relief organization Rescue Global — which requested the analysis the day after the earthquake — currently has relief teams on the ground, including search dogs and medical units. 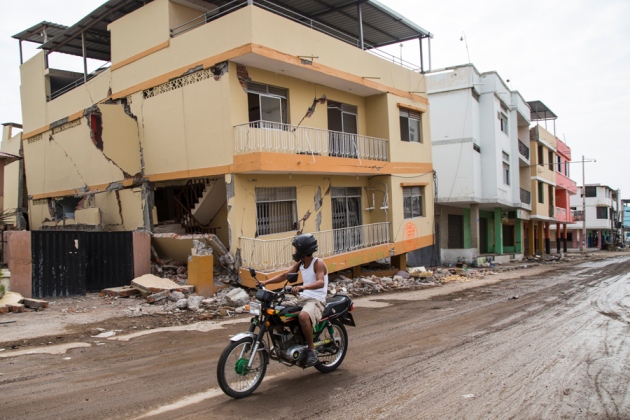 In Manta, Ecuador: the aftermath of April's 7.8 magnitude quake.

The resolution of Planet Labs’s pictures — roughly 3–5 metres per pixel — is not high enough to assess individual-building damage reliably, but the images can be used to identify heavily damaged regions and roads. “For what Rescue Global needs — basically, where’s the worst damage and are the main roads okay — we’re in the sweet spot with Planet Labs's imagery,” says Simmons.

The data have been challenging to work with, but they have succeeded in helping relief workers to plan which roads to take and which to avoid, says chief executive of Rescue Global, David Jones. He warns against hyping a technology that is still in its early days, but he thinks that PRN systems “will contribute to saving lives and mitigating risk … in the very near future”.

The Ecuador project is a proof-of-principle test and shows that the PRN can operate at large scale, Simmons says. (It will only activate when a relief agency on the ground requests its analysis, however.) Meier says that details of future image sharing from Planet Labs have not yet been worked out, but he is optimistic about the imagery.

For this test, imagery was supplemented with pre-disaster images from the European Space Agency’s Sentinel-2 satellite, but Planet Labs hopes that in future, it will have a web of small, globe-encircling satellites that can take accurate snapshots every 24 hours.

These images could be downloaded, crowd-tagged and analysed before other efforts are able to point higher-resolution satellites to an area, or send drones to assess damage of individual buildings. “I think Planet Labs will be the first on the scene,” says Patrick Meier, who leads the humanitarian-impact team at the company.