Antarctic ice-shelf break-up accelerates The Larsen C ice shelf in Antarctica is cracking up, and the process has caused ice flow to accelerate in some places. Between 24 and 27 June, the region of Larsen C that is breaking off tripled its speed to more than 10 metres per day, the fastest ever recorded on the ice shelf, according to Project Midas, a team of UK researchers monitoring the area. The crack in the ice shelf is soon expected to release a giant iceberg, twice the size of Luxembourg. That could destabilize the remainder of Larsen C and lead to its collapse, the scientists warn. 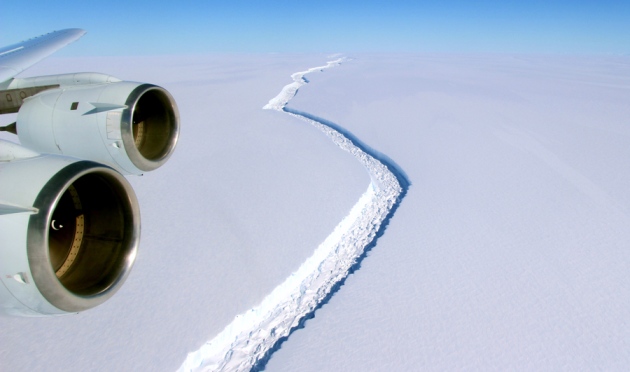 Water wars The United States government has removed a major hurdle to a proposed project to transport water in California. On 26 June, the US Fish and Wildlife Service and the National Oceanic and Atmospheric Administration found that the construction of two large tunnels would not jeopardize threatened and endangered species, such as the delta smelt (Hypomesus transpacificus) and Chinook salmon (Oncorhynchus tshawytscha), in the Sacramento–San Joaquin river delta in northern California. The fish have been caught in the middle of a battle for water rights between farmers and environmentalists in the state for more than a decade. The water project still needs approval from municipal and regional agencies in California.

Reproducibility Researchers tend to overestimate the reproducibility of preclinical studies, according to a survey published on 29 June (D. Benjamin et al. PLoS Biol. 15, e2002212; 2017). The survey asked 196 scientists to assess whether the findings of 6 published cancer studies would be reproducible. On average, they predicted a 75% chance of reproducing the original reports’ finding of statistical significance, and a 50% chance that the size of the effect would be the same. However, an effort to replicate the same studies was not a complete success. Although some key findings were reproduced, none reached the level of reproducibility used in the survey. The replication effort was part of the Reproducibility Project: Cancer Biology, an attempt to reproduce dozens of cancer studies.

Five years on from Fukushima

Fukushima trial Three former executives of the energy company that runs the Fukushima Daiichi nuclear power plant in Japan have pleaded not guilty to criminal charges related to the facility’s 2011 meltdown. The former chairman and two ex-vice-presidents of the Tokyo Electric Power Company, whose trial began on 30 June, are accused of failing to take action to prevent the nuclear disaster, which was triggered by a tsunami. The case is the first to allege that the company could have prevented the accident; it blames the trio for the death of some 40 critically ill patients who were at a local hospital at the time but died after being evacuated. The class-action group bringing the charges points to previous reports showing that a large earthquake was expected that could cause damage to the plant’s reactors. The executives argue that they could not have anticipated such damage.

Synchrotron boost The European Synchrotron Radiation Facility (ESRF) in Grenoble, France, is to be upgraded with four new X-ray beams by 2022, to complement a previously approved €150-million (US$170-million) upgrade to the facility’s X-ray sources. The ESRF’s council agreed to the construction on 27 June; the new beamlines will bring the facility’s total number to 48, and will be used to study the structure of a variety of materials and tissues.

‘Clean coal’ blow A US$7.5-billion US power plant that was intended to demonstrate how to cut carbon dioxide emissions from coal on a large scale now won’t run on the fossil fuel at all. The plant in Kemper County, Mississippi, was to turn low-grade lignite coal into gas before burning it, cutting emissions by around two-thirds. But costly gasifier technology has forced its operator, Southern Company of Atlanta, Georgia, to switch to burning natural gas instead, the company said on 28 June. The move is a blow to hopes of demonstrating ‘clean coal’ technology for power plants.

Allen centres The Paul G. Allen Frontiers Group, a US$100-million initiative formed last year by the Microsoft co-founder, said on 5 July that it will establish two US biological research centres. Neuroscientist Christopher Walsh at Boston Children’s Hospital in Massachusetts will lead the Allen Discovery Center for Human Brain Evolution, unpicking the genetic changes behind human traits such as language and consciousness. And a team led by geneticist Jay Shendure at the University of Washington in Seattle will use genome editing to study animal development at the Allen Discovery Center for Cell Lineage Tracing. The centres will each receive $10 million in funding over four years.

China’s rocket fails China’s most powerful rocket foundered in its second mission on 2 July. The Long March 5 (pictured) successfully blasted off but failed to deliver its payload, a communications satellite, into orbit. The reason for the failure is yet to be determined, but Chinese state media says that the government is investigating the cause. The Long March 5 is a crucial part of China’s space plans: it is scheduled to deliver two modules to the Moon on a sample-collection mission later this year and to carry the core module of China’s space station in 2019. It is also to deliver an orbiter and rover to Mars. The rocket’s first launch in November 2016 was considered successful. 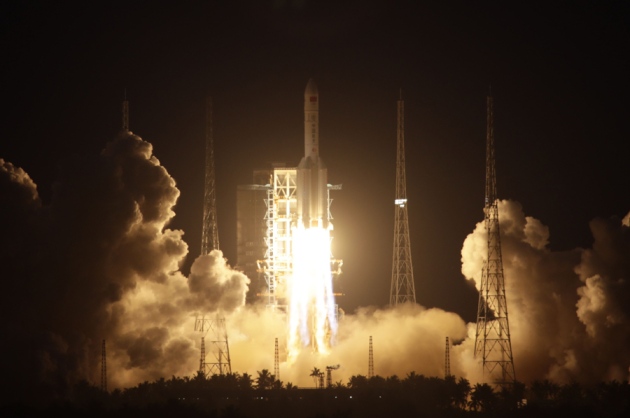 Ebola outbreak ends The Ebola outbreak in the Democratic Republic of the Congo has ended, the World Health Organization said on 2 July. Eight people were confirmed to have Ebola, and four died during the outbreak. Public-health experts credit the low death toll, in part, to the response by Congolese officials, who have fought seven previous Ebola outbreaks. See page 14 for more.

How the fallout from Trump's travel ban is reshaping science

Travel ban goes live A revised version of the US government’s travel ban took effect on 29 June. The policy, set to last 90 days, limits entry to the United States for people from six Muslim-majority countries: Iran, Libya, Somalia, Sudan, Syria and Yemen. Only those with a “bona fide” relationship to a person or entity in the United States will be admitted to the country, under the terms of a US Supreme Court ruling; according to the government, eligible personal relationships include those with a parent, spouse, child or sibling. A person invited to lecture at a US university would be eligible to enter the country, the US Department of State says, as would students with university admission offers.

Plant patents The European Patent Office (EPO) will no longer allow plants and animals created through conventional breeding techniques to be patented. Until now, the EPO’s rules on whether such products are patentable were ambiguous. In 2015, the EPO’s highest appeal board decided that they were, but last November the European Commission announced that these patents would not be valid in the European Union’s 28 member states (the EPO has a further 10 members). On 29 June, the EPO’s administrative council aligned itself with that ruling. Around 80 such patents on plants had been approved by the office.

Cancer warning California will add the chemical glyphosate, a component of Monsanto’s herbicide Roundup, to its list of cancer-causing chemicals on 7 July. The decision, announced on 26 June, will not prevent the sale of the chemical in the state, but will require any product that contains glyphosate to carry a warning label by 2018. Monsanto, which had unsuccessfully sued the California government to prevent the move, has pledged to appeal. The World Health Organization said in 2015 that glyphosate was “probably carcinogenic”, but last year the US Environmental Protection Agency said that the chemical did not cause cancer.

Around 10% of fish caught in recent years have been thrown back into the sea. These ‘discards’ — most of which don’t survive — are not normally included in official statistics. But the Sea Around Us project has put numbers on the practice by ‘reconstructing’ catch figures from a variety of data sources. It finds that discards peaked at 19 million tonnes per year in 1989 and have since declined to around 10 million tonnes per year. Some researchers say this is still a worrying amount of waste. 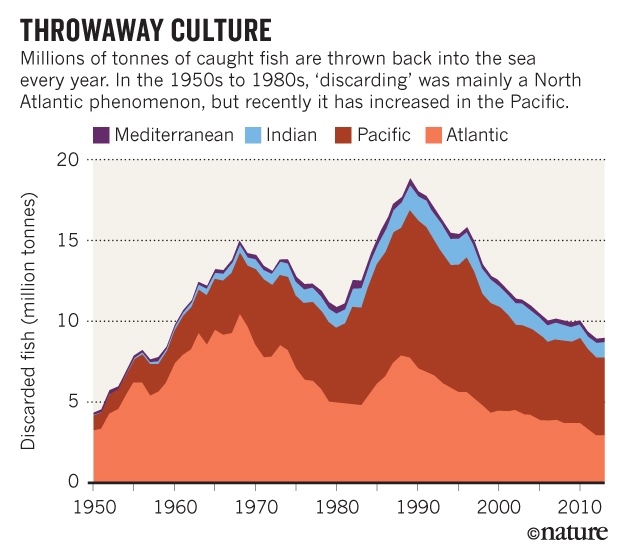 Sci-Hub lawsuit The American Chemical Society (ACS) announced on 28 June that it had filed a lawsuit against Sci-Hub, a website that provides illicit access to millions of research papers. The society, which publishes more than 50 journals and is based in Washington DC, says that by distributing its material, Sci-Hub is breaching its copyright and trademarks. The ACS also says that confederates of Sci-Hub (which were not named in the lawsuit) created sites that spoofed the ACS website. The ACS’s suit was filed in a Virginia district court on 23 June, two days after science publisher Elsevier won its own copyright lawsuit against Sci-Hub and related websites.