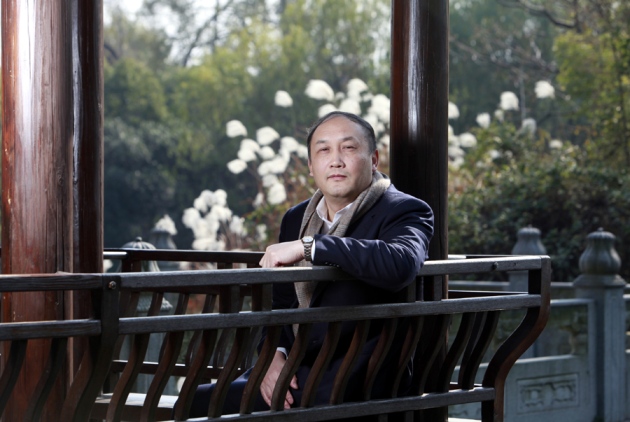 Yang Wei, president of the National Natural Science Foundation of China says that his agency's efforts to crack down on academic fraud are beginning to pay off.

China's zero-tolerance policy on scientific misconduct is starting to pay off, according the country's premier basic-research funding agency.

In 2014, the National Natural Science Foundation of China (NSFC) has seen fewer cases of scientific misconduct — especially plagiarism and duplicate submissions — in grant applications than it has in previous years, its president, Yang Wei, said at a 30 December press conference in Beijing.

The NSFC received 206 misconduct allegations this year, including 66 suspicious cases flagged by plagiarism-detection software, which the agency began using in 2012. Investigation by its oversight committee confirmed that 33 of those cases included misconduct such as falsification, fabrication and plagiarism, purchasing grant proposals and use of false personal information.

Of these, the applications that were still pending were invalidated, and research funding was revoked in four cases in which it had been granted, says Chen Yiyu, former NSFC director and chair of the committee. Seven names of offenders and their wrongdoings were released at the 30 December press conference; five more cases will be made public on the agency’s website in the coming months.

The tallies for 2014 are not yet complete, so more cases may yet surface, says Chen Yue, vice-director of the agency’s oversight and audit bureau. But the current numbers suggests a reduction in offences in 2014 compared to the period 2010–2013, during which Chen Yiyu says there was an average of 49 cases per year.

Yang attributes this decline to the agency’s zero-tolerance attitude towards misconduct and the efforts in the past few years to root out offences. “Scientific integrity is the bottom line,” he says. The message the agency wants to convey, he says, is that “you are out once you cross the line”.

But others say that the data are not necessarily indicative of a broader positive trend. “The cases uncovered by NSFC are just the tip of the iceberg, given how rampant the problem is in China,” says Mu-ming Poo, director of the Institute of Neuroscience at the Chinese Academy of Science in Shanghai.

In a bid for greater transparency and better education on scientific integrity, the NSFC began in 2013 to hold regular press conferences to release investigation results and to publicize serious offences.

Among the seven cases made public in the 30 December press conference, four involved plagiarism of previously funded applications, including purchasing grant proposals online. In the other cases, researchers falsified their ages, job titles, CVs or even identities to qualify for grants.

The NSFC, which has a budget of US$3.1 billion, is the largest basic-research funding agency in China. It is also the only one so far that publishes data about its misconduct investigations. “It’s certainly a step in the right direction,” says Poo.“Other government agencies, universities and research institutes should follow suit,” he says.

Still, Poo adds, “the agency hasn’t gone far enough in its transparency and zero-tolerance policies”. For instance, only one-third of the misconduct incidents this year will be posted on the agency’s website, and no institutions were mentioned in the cases made public at the press conference. “Naming and shaming have a powerful deterrent effect, especially given the strong ‘face-saving’ culture in the country,” says Poo. “This will also put pressure on institutions to clean up the act of their researchers.”

In a 2013 survey by the Chinese Association of Science and Technology (CAST) in Beijing, 56% of 33,000 respondents reported that they had witnessed misconduct. The data suggested that nearly half of researchers — and more than two-thirds of graduate students, postdoctoral researchers and junior academics — have a tolerant attitude towards research misconduct, says Wang Chunfa, CAST’s vice-secretary in charge of the survey, which takes place every five years.

“In many cases, principal investigators are not considered to be responsible for fraud committed by people in their research group and often go unpunished,” says Poo. “Graduate students and postdocs often become the scapegoat of senior faculty.”

The NSFC would not disclose the proportion of junior and senior scientists in its confirmed misconduct cases. Chen Yue says that the limited cases uncovered by NSFC are not enough to pinpoint a possible correlation between misconduct and career stage.

According to regulations enacted in 2007 by China’s State Council, researchers found guilty of misconduct can be banned from receiving NSFC funding for up to seven years — which Yang sees as possibly too lenient for some of the severe cases he has come across.