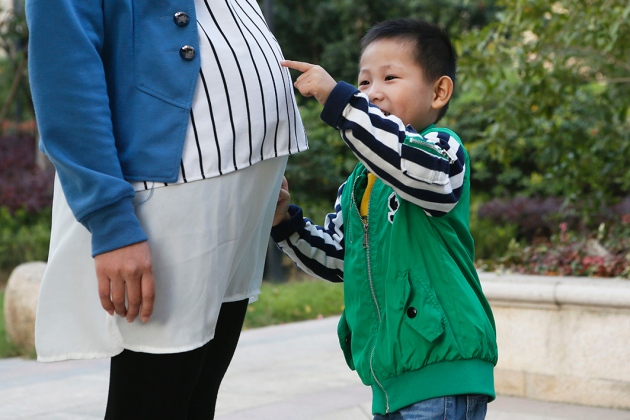 All families in China will now be allowed to have two children if they wish.

China’s Communist Party is abandoning its controversial one-child policy — but demographers think that the nation’s low birth rate is unlikely to dramatically increase as a result.

All couples in China will in future be allowed to have two children, not one, the Communist Party announced on 29 October. "From a human-rights perspective this is very good news," says Patrick Gerland, a demographer with the United Nations (UN) Population Division in New York. "But it will hardly have a major long-term effect on population growth in modern China, where many women are now more concerned about jobs and careers than is reconcilable with having a large family."

The one child-rule was introduced in 1979 to stop excessive population growth, at a time when China’s society was much less urbanized than it is today, and women were having 2.8 children on average. It is thought to have prevented 400 million births in a nation that now numbers 1.4 billion. Still, it has been relaxed in recent years: couples in which one partner comes from a one-child family are allowed to have a second child if they want, for example.

The ending of the one-child rule was not unexpected, experts say. Low fertility rates in countries such as Japan and Germany are leading to an ageing population, raising concerns over the mounting costs of social welfare and health systems. China's decision seems to have been prompted by similar worries.

But the policy change alone will not make much difference to birth rates, demographers think. “The UN has already been projecting a small and slow increase in China’s fertility rates over the coming decades, and this news makes this even more likely to happen. The increase is not likely to be large, though,” says Adrian Raftery, a population statistician at the University of Washington in Seattle.

Chinese women currently have an average of 1.55 children over their lifetime — a fertility rate that is higher than those of nations such as Germany (1.39) and Japan (1.4), according to the latest UN estimates. Current UN projections have China’s birth rate increasing to 1.75 by mid-century.

"There are just too many constraints in terms of housing and education for most Chinese couples to have more than two children," says Gerland. "In Taiwan, where no one-child policy has ever existed, relatively few couples opt to even have a second child."

UN experts estimate that the world population, currently about 7 billion, is continuing to grow but at a slowing pace: it may reach 12 billion by 2100. But according to statistically refined projections, population growth in the twenty-first century will be limited to Africa, where fertility rates are still two to three times higher than on other continents.