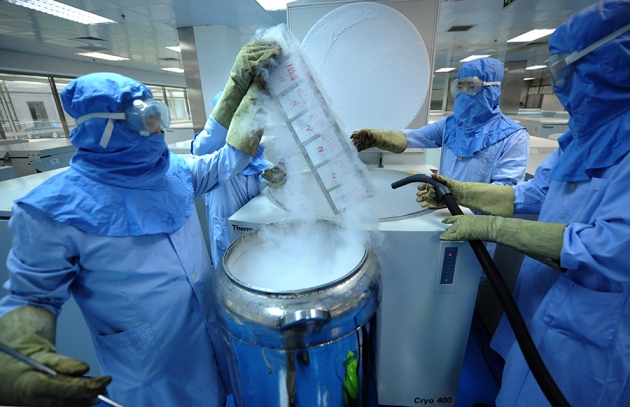 Chinese stem-cell scientists have welcomed long-awaited measures that, state media claim, will rein in rogue use of stem cells in clinics while allowing research.

The measures — announced on 21 August by China’s National Health and Family Planning Commission through state media — offer a straightforward path towards clinical studies, researchers told Nature. But some also warn that the measures do not have the teeth needed to stop clinics offering unproven and unapproved treatments.

For years, clinics around China have been ignoring government regulations and warnings from the scientific community, offering desperate patients costly and, according to experts, probably ineffective treatments. These were often labelled as clinical trials as a cover to charge patients. Other countries have experienced similar problems.

In January 2012, the government took stock of the situation. It implemented a ban on unapproved stem-cell therapies and a temporary moratorium on new clinical trials, promising to establish a clear framework for future trials. Since then, however, many rogue stem-cell clinics have continued to operate, while stem-cell scientists with valid research agendas have waited for a way to move forward.

Many scientists have been itching to get started.

Qi Zhou, a stem-cell and cloning scientist at the Chinese Academy of Sciences (CAS) Institute of Zoology in Beijing, has been waiting for the guidelines so he can move his research from animal models to humans. In unpublished work, his team has already implanted dopamine-producing neurons derived from stem cells into monkeys that have been chemically induced to show symptoms similar to those of Parkinson’s disease. The monkeys have shown some improvement, and he now hopes to try the treatment on humans. “I think it’s time, time to start doing some clinical research,” he says.

Jianwu Dai, a regenerative-medicine specialist at the CAS Institute of Genetics and Developmental Biology in Beijing, hopes to implant a small collagen scaffold seeded with stem cells into humans to try to repair spinal-cord injuries. His team has treated some 25 people using the scaffold seeded with mononuclear cells, a type of blood cell taken from bone marrow, and Dai says he has seen some improvements. But he thinks that neural stem cells derived from embryonic stem cells will deliver better results.

The new measures outline requirements for such studies, including obtaining patients’ informed consent and using clinical-grade stem cells that have been approved by an independent body. They say that stem-cell clinical studies can be carried out only at authorized hospitals, and they forbid the hospitals from charging recipients or advertising. Researchers who want to do pilot studies, such as Zhou and Dai, will need to register with the health ministry with documentation showing that there are sufficient animal studies to support trials in humans and that they are using certified cell lines verified by independent evaluation.

The penalties for breaking the rules are not yet clear, although a senior health-ministry official has pledged to use them to clean up the stem-cell field in China.

Zhou does worry that rogue clinics will continue to offer completely untested treatments. “Some hospitals, some companies won’t care. They do what they want,” he says.

Douglas Sipp, who researches stem-cell policy at the RIKEN Center for Developmental Biology in Kobe, Japan, says that the mechanism laid out for clinical studies looks pretty similar to those in other countries, and more rigorous than some. But he worries that the measures might not apply to military hospitals, or to private clinics affiliated with military hospitals, which have in the past fallen outside health-ministry jurisdiction in China.

“In principle, I applaud any efforts to rein in practice of predatory clinics that take advantage of patients. But the fact that these new rules do not appear to have penalties leaves open the question of how effective they will be,” says Sipp. “I have seen China crack down on stem-cell clinics at least twice in the past, and the results were inconclusive.”