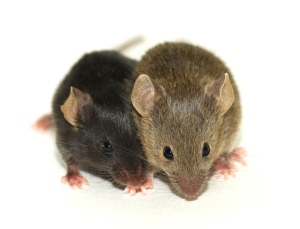 Laboratory mice might have lowered immune responses — but might also be more active — than they would if they were housed at a comfortably warm temperature.

International guidelines call for laboratory mice to be kept at room temperature. Yet the rodents find that range — 20–26 °C — uncomfortably chilly, says immunologist Elizabeth Repasky of the Roswell Park Cancer Institute in Buffalo, New York. Mice, she notes, lose body heat more rapidly than humans, and, when given a choice, prefer to reside at a balmy 30 °C.

At stake might be more than just creature comforts. In a study published today by Proceedings of the National Academy of Sciences1, Repasky and her colleagues report that in mice housed at room temperature, tumour growth was faster than in those housed at 30 °C, and immune responses to cancer were suppressed.

For physiologist Ajay Chawla of the University of California, San Francisco, the results cause little surprise. Mice living at room temperature have to work overtime to maintain their body temperature, and have high heart and metabolic rates, he says.

“This study addresses an important issue that I think most of us have ignored,” says Chawla. “I tell my colleagues, 'You’re modelling human disease and pathology in an organism that is like somebody who is on speed'.”

Repasky and her colleagues compared tumour growth in mice acclimated for two weeks to either standard room temperature or 30 °C. Tumours in the warmer mice grew more slowly, and they had more robust immune responses, as measured by counts of white blood cells and immune cells called CD8+ cells. Warmer mice also had a lower count of a type of cell that would tend to suppress immune responses to cancer, known as myeloid-derived suppressor cells.

The results could have important implications for the testing of cancer drugs, says Repasky — particularly those that target the immune system. Many cancer researchers and business analysts herald such drugs, known as immunotherapies, as the future of cancer care because they can produce dramatic and long-lasting remissions. “I don’t think any one of us predicted how many fundamental aspects of the antitumour immune response would be affected by simply feeling cold,” says Repasky.

Others have reported2 the effects of temperature on obesity studies in mice, and in 2011, Chawla published a study in Nature3 showing that mice alter the activation of immune cells called macrophages in response to temperatures of 22 °C and lower. Since then, he has performed many of his experiments with one set of animals at room temperature and the other at 30 °C. But doing so required the purchase of special incubators, because his university’s vivarium could not raise the temperature in one room without raising it throughout the facility.

Animal-care guidelines call for mice to be kept at room temperature in part for the comfort of the researchers, says Jan Parker-Thornburg, manager of the facility that hosts genetically engineered mice at the University of Texas MD Anderson Cancer Center in Houston. Animal technicians often have to wear gowns over their clothing, covers over their shoes and hair, and occasionally face masks. “The work is really hard,” says Parker-Thornburg. “You build up a sweat even at these temperatures.”

And Kathleen Kokolus, an immunologist at Roswell Park and co-author of the latest study, notes that there are other practical considerations. Warmer animals produce smaller litters, she says, making breeding less efficient. They also drink and urinate more, requiring more-frequent cage cleaning.

Nevertheless, it is important to consider the effects of temperature in other mouse experiments, says Chawla, particularly in behavioural studies. “A mouse sitting in a 30 °C chamber is more comfortable,” he says, “and it sits there like a couch potato”.