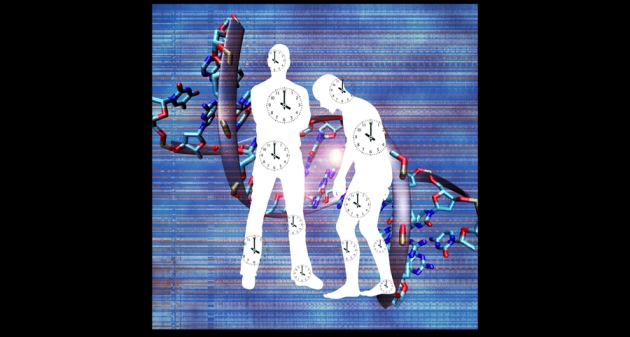 Greying hair and wrinkles are external signs of ageing, but they are not very precise. Now research shows that a code written into the body's epigenome — the chemical tags that modify DNA — can accurately tell the age of human tissues and cells. This ‘clock’ could provide insights into why certain tissues age faster than others, and why those tissues may be more cancer-prone.

In the past few years, researchers have been homing in on regions of DNA that accrue lots of chemical tags called methyl groups as people age. Such methylation can selectively switch off genes. “What was not yet known was that one can develop an age predictor that really works well across most tissues and cell types,” says Steve Horvath, a bioinformatician at the University of California, Los Angeles.

In a paper published today in Genome Biology1, Horvath reveals how methylation levels change in human tissues from before birth to the age of 101, and shows that it is a near-perfect predictor of age for non-cancerous tissues. The study “represents the most convincing demonstration so far” of age-associated changes in DNA methylation that are consistent across most tissue types, says Andrew Teschendorff, a computational biologist at University College London.

To develop a clock based on DNA methylation, Horvath pieced together data from 8,000 samples in 82 publicly available DNA-methylation data sets. The samples represent 51 healthy human tissue and cell types including immune cells, brain cells, and tissues from major organs such as kidney and liver. He also evaluated this clock in an additional 6,000 cancerous samples. Horvath focused on 353 epigenetic markers: for some, methylation increased with age, and for others it decreased. Some of the samples were used to develop the clock, and the remainder to test its accuracy.

Horvath was delighted to discover that the methylation clock predicted age across tissue and cell types to within a few years — even assigning an age of close to zero to samples taken from newborn babies, and negative values to prenatal samples and induced pluripotent stem cells. “This new epigenetic clock really stands out in its accuracy,” says Horvath.

“Ageing is a major health problem, and interestingly there are really no objective measures of ageing other than a verified birth date,” says Darryl Shibata, a pathologist at the University of Southern California in Los Angeles. “Studies like this one provide important new efforts to increase the rigour of human ageing studies.”

Horvath, who has developed software to help people use his clock to track the age of tissue samples, hopes that the research could lead to treatments that slow or reset the ticking of the biological clock.