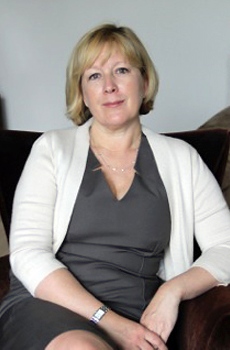 Aisling Burnand took charge of the United Kingdom's largest umbrella group for biomedical-research-funding charities on 15 September. Burnand, who has an industry background and spent the past five years as a senior executive at Cancer Research UK, will be in charge of lobbying the government on behalf of member organizations ranging from the Wellcome Trust to the Wessex Medical Trust.

Burnand told Nature what the London-based Association of Medical Research Charities (AMRC) will be trying to achieve under her watch, in a research ecosystem that is still struggling with austerity.

What is the biggest concern of your member charities at the moment?

The biggest concern, I suppose, is always having an environment that supports research and encourages its translation and adoption. Around translation it’s about, how do we partner with the NHS [the UK's National Health Service] and with industry to ensure that we’re getting the benefits of the research and innovation to patients?

The paradigm needs to change, and perhaps hasn't reached where it needs to get to at the moment. The old model of the pharmaceutical blockbuster — we develop something, we get it to market, we get it out there, it’s a billion dollars — that is gone.

What is the new paradigm that we need?

Genuinely, I don’t know — and I don’t think anybody knows. That’s where there's work to be done by bringing people together to discuss and debate what might be the new ways forward. There are examples that are being tried. The Francis Crick Institute in London [an interdisciplinary biomedical-research centre opening in 2015] is something where there will be a different set-up, with different people coming together, and that is going to be very interesting to see. You’ve also got things like the Catapults [government-backed innovation centres]. The cell-therapy one, which is over at Guy's Hospital in London, brought in industry and academia, and they're in an NHS setting.

So will your members be linking more with industry?

I think there has always been a hesitancy about working with industry, and feeling we have to be at arm’s length and should not be too close. The key thing here is, how can you foster this greater collaboration? I don’t think that any one group is going to be able to solve the problem on its own. It's only by coming together and collaborating that we are going to be able to find a better way forward. And I think that requires everybody to take a bit of a leap of faith.

What is the funding situation like for medical-research charities?

The AMRC member charities spent over £1 billion [US$1.6 billion] in 2013 on research. That excludes capital and projects for buildings and equipment. What we’re seeing is the spend has been pretty flat. It has been maintained, but growth is hard to come by. That’s the biggest challenge I think we have got in terms of the current environment.

It looks like in 2014, we'll see the same sort of level. Since 2008 when the recession hit, they've maintained their funding, but we haven't seen particularly any growth in it.

What one thing would you lobby the government to change?

Sadly I don’t believe there's just one thing, partly because the whole area of medical research is complex. But there are things the government can do. As we head into an election next year, most of the parties are pretty quiet on medical research.

The [government-funded] Charity Research Support Fund is part of the funding given to higher-education establishments, and tops up the money that is given by charities to universities. What we've seen in the past few years is, charities have been investing more money into the academic arena but the CRS funding has remained flat at £198 million. Clearly, increasing that is one area we would like to see some movement on.

The other area is continuing to ensure that there's uptake of new treatments — the adoption piece. Sometimes we clear all the hurdles and then the National Institute for Health and Care Excellence [which makes decisions on whether the NHS should pay for particular medicines] says no, or it says yes and there is no fast uptake. That is something we absolutely need to tackle and change so that, once approval is given, there is widespread adoption of new treatments.

A separate area is on the animal-research side. The issue is much improved, but the key thing here is that we want to ensure that all politicians understand why animals are used in medical research, so any legislation or thoughts and ideas are handled sensitively and they don’t end up preventing medical researchers from developing life-saving drugs and treatments.

Are animal-rights issues still a problem in the United Kingdom?

The whole animal-extremist element has certainly diminished and changed considerably in the past 20 years. It is not currently the case that people are facing threats and violence on a large scale, as they did over a decade ago. All the steps the government and others took have been helpful. That's not to say there will not be the odd isolated incident going on. But it’s much diminished and it's not a regular issue. The quid pro quo for that is that the medical-research charities and other stakeholders signed a concordat on openness for animal research. There has always been a need to communicate why do we do it, so that the general public has a real understanding about why animals are used in medical research.