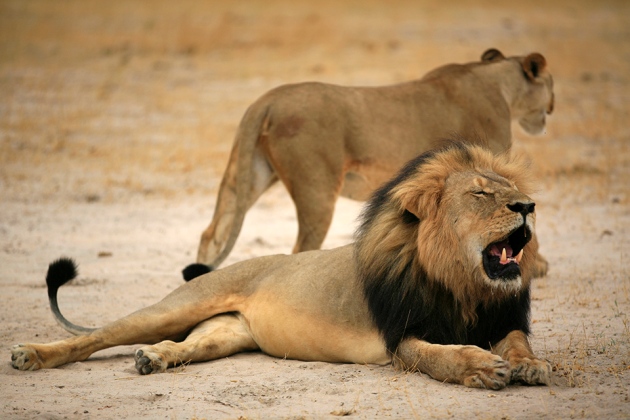 David Macdonald, director of the Wildlife Conservation Research Unit at the University of Oxford, UK, found his research thrust into the limelight this week, after the killing of one of his team's lions made global headlines.

Cecil the lion, who Macdonald’s team had tagged with a GPS–satellite collar and had been tracking since 2008, is one of Zimbabwe’s most-famous big cats. He is alleged to have been lured out of Hwange National Park and killed unlawfully by a US tourist, who had paid for what he thought was a legal trophy hunt. (Two hunters accused of helping him are facing criminal charges).

Macdonald talks to Nature about the impact of trophy hunting and illegal poaching on lion populations — and the importance of Cecil’s death. This interview has been edited for length and clarity.

Why were you tracking Cecil and other lions?

For 20 years now, together with my colleague Andrew Loveridge [also at Oxford University] I have been running a project on lion conservation based around Hwange National Park in Zimbabwe. It’s arguably one of the biggest conservation projects ever undertaken on lions. We have been following the births, deaths and marriages of more than 500 individual lions and satellite tracking more than 200 of them to piece together science that, we hope, can underpin conservation policy, working closely with Zimbabwe’s National Parks and Wildlife Management Authority. 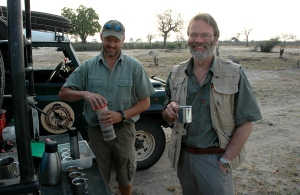 The project has yielded an enormous amount of data, on lion behavioural ecology and on the factors that threaten their conservation. Those include habitat loss, the conflict between lions and farmers and local communities — and also the killing of lions by trophy hunters and poachers.

Did you know Cecil?

Yes, very well. It’s only a few months ago that Andy and myself were bumping around in the jeep, following behind Cecil as he moved towards the border of the park. Knowing this individual well and seeing his magnificence and his beauty, my heart beat faster and I hoped he would turn around before he got to the park border — outside which lie all sorts of risks. On that occasion, he did, and I remember my sense of relief. But his luck ran out this time.

How does trophy hunting or poaching affect the Hwange lions?

Of the male lion deaths we have logged during the early years of the study, more than 70% of them were shot when they left the park1. And we’ve now had enough episodes of male lions being killed that we’ve been able to see how the death of one lion has perturbations that affect others.

The consequence of killing one male — whether legally or illegally — is that it weakens the male coalition he was part of, often a brotherhood. A larger, stronger coalition comes in and usurps them, often leading to the death of the surviving brothers. The incoming males will generally kill the cubs of the incumbents. A simple-minded approach might have thought one less lion is one less lion. The reality is that one less lion can lead to the deaths of many other lions, as well as a reshuffling of their local spatial organization and society.

Is this a problem for lion populations in general? They are not classified as an endangered species.

A study2 a few years ago suggested there were more than 30,000 lions in Africa. But our mounting evidence is that there are significantly fewer than those and that, in most of the lion’s range, their numbers are declining. The lion is in trouble.

So does the lion’s ‘vulnerable’ status need to be upgraded to endangered?

Trophy hunting is legal in Zimbabwe and other nations (though Cecil is alleged to have been killed illegally). Do you think it is possible for the sport to be conducted sustainably?

It can be conducted sustainably, according to strict regulation. There are some conservationists who would argue that in some places, it's the best way of attributing value to lions, which might make local communities tolerate them. But it is important that this benefits the immediate stakeholders in the wildlife — in this case, the communities around the national park who have to live alongside the lions.

Other people would take the view that it is abhorrent under any circumstances.

What is your view?

I wouldn’t take a view. Our position is to understand the facts and therefore the probable consequences of actions and to support the authorities in enforcing the law.

Is the death of Cecil — one lion — a distraction from the plight faced by other species that face more-urgent threats?

Each species has its importance both in the functioning of ecological communities and to conservation. But the reality is that the wider public, and indeed many specialists, have to have in mind priorities. The lion is charismatic. It does win over people’s sympathy. It stands as a monument, an emblem for conservation. If the wider community’s enthusiasm for charismatic creatures can be a standard bearer for enthusiasm for nature in general — well, that’s a good thing.

So there has been some silver lining from Cecil’s death?

The reaction is something to rejoice in: millions of people have used this as a stimulus to express their enthusiasm for the value of nature. That’s the sort of enthusiasm that I hope will influence the way that policy is formulated as human enterprise strives to live alongside biodiversity. That would be a suitable memorial for the apparently illegal death of this particular, charismatic and unusually fascinating individual lion.