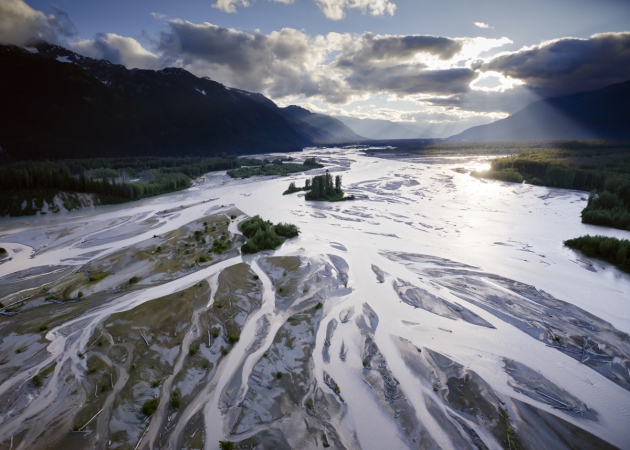 For Canada's fish, today marks a big departure from the status quo. Scores of freshwater species lose their protection under the country’s Fisheries Act as controversial changes made in 2012 take effect.

The law, enacted in 1868, is one of the country's oldest pieces of environmental legislation. It has long provided blanket protection for all fish and their habitat. The revised legislation now restricts protections to fish that are part of a commercial, recreational or aboriginal fishery, and only against “serious harm”. It also does away with a prohibition on "harmful alteration, disruption or destruction of fish habitat".

As a result, 80% of Canada's 71 freshwater fish species currently at risk of extinction will lose the protection previously afforded to them under the Fisheries Act, according to an analysis published this month in the journal Fisheries1. Affected species include the Channel darter (Percina copelandi), Coastrange sculpin (Cottus aleuticus), Plains minnow (Hybognathus placitus) and Salish sucker (Catostomus catostomus). "It's pretty clear that, overall, our aquatic habitat protection has taken a big hit, and is now less protected than it would be in the US or Europe," says John Post, a fisheries biologist at the University of Calgary in Alberta, Canada and an author of the study.

That the law removes protection for fish habitats strikes many biologists as especially short-sighted. "The one thing that fish need to persist is a safeguarding of the place they live, and that is no longer an explicit part of the fisheries act," says Eric Taylor, who studies fish evolution and conservation at the University of British Columbia in Vancouver, Canada.

A 1989 study of North American fish extinctions found that almost three-quarters of extinctions in a 100-year period were caused by habitat alteration2. Another study has shown that in Canada, habitat loss and degradation is the predominant threat faced by endangered freshwater fish3.

The impacts of the changes to Canada’s policies may be magnified by the country’s demographics. Canada is sparsely populated, standing as the world's second-largest country by area with a population smaller than that of California's. Post and his co-author, biologist Jeffrey Hutchings of Dalhousie University in Halifax, Canada, question what will happen to species in remote and unpopulated areas without fisheries. "The majority of fish in parts of Canada won't receive protection because there are many wilderness areas that have little or no fishing at all," Post says.

In a statement, Fisheries and Oceans Canada addressed some of those concerns. The agency says that Canada's Species At Risk Act (SARA) offers habitat protection to fish. But Taylor says that it may not be enough, because SARA is designed for animals that are already in trouble, whereas the previous version of the Fisheries Act offered blanket protection for all fish habitats. “This change is going to create a gap now where things are only going to be protected when they're already in trouble,” Taylor adds. “It's going to cost us way more money in the long run."

It may be some time before the full impacts of the legal shift are apparent, as the law is tested in court and different judges weigh in on the policy’s application. Says Julie Abouchar, an environmental law specialist and partner at Willms & Shier in Toronto, Canada, “We don’t really know how this is going to unfold.”