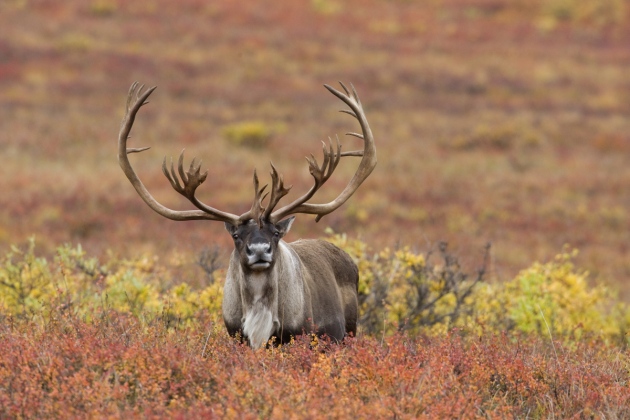 The genetics of North American caribou may impair their ability to cope with climate change.

When ice sheets marched across North America 20,000 years ago during the Last Glacial Maximum, they devoured liveable areas for caribou and isolated them from their Eurasian relatives for thousands of years.

Now researchers have evidence that such climatic events have sculpted the genetics of North American caribou, which may make the animals unable to adapt to future climate change.

“Although the past is not a guarantee for the future, it makes me pessimistic about the future of the species,” says Glenn Yannic, a population geneticist at Laval University in Quebec City, Canada, and lead author of a study published today in Nature Climate Change1.

Major caribou herds around the globe are in decline. Scientists have blamed this on natural resource development and new roads that encroach on caribou habitat, and on changes in climate that put migrating caribou out of sync with spring plant growth, leaving them hungry. Most studies that forecast climate impacts on species look at ecosystems, individual species or populations, but not genetic factors on a global scale, says Yannic.

“We’ve already been through a lot of climate change,” says Paul Wilson, a conservation geneticist at Trent University in Peterborough, Canada. “The genetics will give us information on what happened at the ice-age interface, so why wouldn’t you use it to then make projections?”

Yannic and his colleagues charted caribou evolution by analysing short lengths of DNA, called markers, from 1,297 caribou in the species' current range.

The work also showed differences in the genetic richness, or diversity, of the two groups. The researchers focused their genetic analysis on DNA sequences that are not known to help caribou adapt to new environments — known as neutral markers.

Only a thin stretch of habitat remained suitable for caribou in North America 21,000 years ago during the glaciation, killing off much of the population. As a result, many gene variants disappeared completely and the genetic diversity of the North American caribou lineage diminished. By contrast, the Euro-Beringia caribou, living in a more stable climate during the same period, were more genetically diverse.

The team then looked to the future. If greenhouse-gas emissions remain stable, their model indicates that North American caribou may lose as much as 89% of their suitable habitat by 2080. Coupled with lower levels of genetic diversity, this could make North American caribou a rare sight outside of northern Quebec and Labrador, Yannic says.

He predicts that the Euro-Beringia group will not suffer as badly, even though it may lose up to 60% of its suitable habitat.

“It’s heartening to know that they are predicting some stability in the Eurasian population,” says Tara Fulton, a palaeogeneticist at the University of Alberta in Edmonton, Canada. “If the caribou have lots of diversity in these neutral markers, they will probably have a lot of diversity in those genes that allow them to adapt to environmental change.”