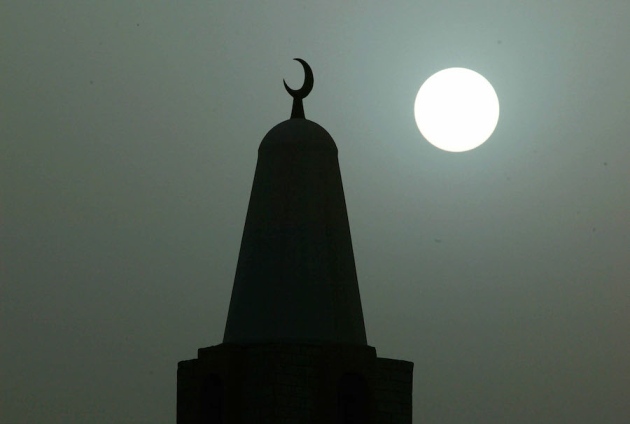 Muslim scholars have called on the world's 1.6 billion Muslims to do more to phase out greenhouse-gas emissions from fossil fuels.

Fewer than four months before politicians gather in Paris to try to hammer out an international climate agreement, Islamic scholars have underscored the urgency of halting climate change.

The Islamic Declaration on Global Climate Change, drawn up by a group of academics, Muslim scholars and international environment policy experts, was announced this week at a symposium on Islam and climate change in Istanbul. It calls on the 1.6 billion Muslims around the world to phase out greenhouse-gas emissions from fossil fuels and switch instead to energy from renewable sources. Unlike Catholicism, for example, there is no central religious authority in Islam, but the declaration suggests Muslims have a religious duty to tackle climate change.

Nature explains the intent of the declaration and what it might achieve.

What does the statement say?

In a nutshell, it says that climate change resulting from fossil-fuel burning must urgently be halted, lest ecosystems and human civilization undergo severe disruptions.

“This current rate of climate change cannot be sustained, and the earth’s fine equilibrium (mīzān) may soon be lost,” it reads. “Excessive pollution from fossil fuels threatens to destroy the gifts bestowed on us by God, whom we know as Allah — gifts such as a functioning climate, healthy air to breathe, regular seasons, and living oceans.”

Citing a 2014 report by the Intergovernmental Panel on Climate Change (IPCC), it warns that components of Earth's system are at risk of experiencing abrupt and irreversible change.

The declaration also laments the slow progress of international climate-change negotiations: “It is alarming that in spite of all the warnings and predictions, the successor to the Kyoto Protocol which should have been in place by 2012, has been delayed. It is essential that all countries, especially the more developed nations, increase their efforts and adopt the pro-active approach needed to halt and hopefully eventually reverse the damage being wrought.”

How significant is this?

Indonesia, which is predominantly Muslim, is among the top ten carbon emitters if land-use change and forests are taken into account, according to the World Resources Institute, an environmental think tank based in Washington DC. Most of the island nation's footprint comes from deforestation and the draining of carbon-rich peat bogs. India — which is not a Muslim country but has a large Muslim population — is also in the top ten emitters.

Although other Islamic countries, especially major fossil-fuel producers in the Persian Gulf, make small contributions in absolute terms, they have some of the highest per-capita emissions. These come from the intensive use of electric power for energy-intensive applications such as air conditioning and desalination.

Changes in these nations could be important on a global scale, says Saleemul Huq, director of the International Centre for Climate Change and Development in Dhaka, Bangladesh, and one of the authors of the declaration. Huq says “I do believe that our appeal will help reduce emissions”.

Seyyed Hossein Nasr, a Persian-born theologian at the George Washington University in Washington DC who has written on Islam’s teachings on the environment, thinks that the main value of the declaration will be to remind Muslims that “nature is not just a machine; it has a spiritual meaning”. But he’s sceptical that it will affect policies and says he is not sure it is going to change the minds in governments.

Is the Islamic world behind in addressing climate change?

Some oil-rich nations, including Saudi Arabia, have been reluctant in the past to restrict the recovery and use of fossil fuels. Their stance might prove a hurdle to the negotiations surrounding emission cuts in Paris in December.

But some predominately Muslim countries, such as Pakistan and Bangladesh, are also threatened acutely by more-frequent periods of extreme heat and precipitation and by accelerating sea-level rise. Aware of these threats, Bangladesh has installed more than 3.5-million solar home systems in the country's rural areas. And Abu Dhabi in the United Arab Emirates has, in recent years, grown into a hot spot for solar research.

Where do other faiths stand on climate change?

The rallying cry to the Muslim community is not the only intervention by religious leaders in recent times. In June, Pope Francis issued a similar message to the world’s 1.2 billion Catholics, in the form of a 192-page letter to bishops, known as an encyclical. A day later, faith leaders in the United Kingdom issued an updated version of their Lambeth Declaration on Climate Change — the original was published in 2009.

The three declarations share many ideas, including acknowledgement that climate change currently being seen is human-induced and the call for rich nations to do more to support poorer countries that are most vulnerable to the effects of such change.

“All the faiths are talking about climate change,” says David Shreeve, environmental advisor to the Church of England’s Archbishop’s Council. “It's great that the Muslims are putting out a declaration, because whatever your faith, it’s a great opportunity for the faiths to stand up and say we really are concerned about this.”