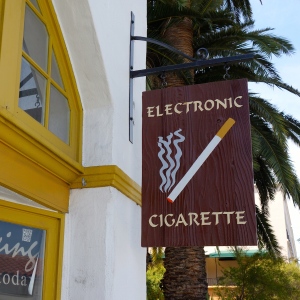 The failure last week of an attempt to extend California’s smoking ban to electronic cigarettes has disappointed researchers who worry that a boom in vaping will re-normalize smoking in places where it now carries social stigma, and lead to a new generation of people addicted to nicotine. Although several other US states have already passed e-cigarette legislation, the California bill had special resonance because the state has a reputation for pioneering anti-tobacco legislation.

The bill’s demise, says Vaughan Rees, director of the Center for Global Tobacco Control at the Harvard T. H. Chan School of Public Health in Boston, Massachusetts, also highlights the rise of intensive political lobbying in this arena. “The e-cigarette industry is acquiring the kind of influence that the conventional tobacco industry has used for many years to prevent the implementation of sensible measures to protect the health of the public,” he says.

Since the modern e-cigarette emerged a decade ago, the United States has taken to the technology in a big way (see Nature 513, 24–26; 2014). In 2013, around 2.5% of people across the country reported having used the devices in the past month; among adolescents, e-cigarettes are now used more than conventional cigarettes, said the US Centers for Disease Control and Prevention in April this year.

But regulation has not kept up. The Food and Drug Administration (FDA) proposed a rule for regulating the devices in April 2014, but the rule has been mired in political controversy ever since, leaving an absence of country-wide laws. Even if the FDA does regulate e-cigarettes, it will still be up to local law-makers to decide where the devices can be used, and how much they will be taxed. North Dakota, New Jersey, Utah and Hawaii prohibit use of e-cigarettes in public spaces, and nearly 400 municipalities have similar laws, says the American Cancer Society Cancer Action Network in Washington DC, which campaigns for cancer-fighting legislation.

In January, the California Department of Public Health asked physicians to urge e-cigarette users to quit, and released a report warning that without more regulation, “it is likely that California’s more than two decades of progress to prevent and reduce traditional tobacco use will erode”.

The California bill, pushed by state senator Mark Leno (Democrat), would have regulated e-cigarettes in the same way as conventional tobacco products, making it illegal to use them in restaurants, bars, hospitals and workplaces. Leno withdrew the bill on 8 July, after a committee in the state assembly amended it to such an extent that he said it had become pointless.

Whether to tax e-cigarettes at the same rate as tobacco is also a contentious issue. Advocates of e-cigarettes say that vaping is less dangerous than smoking, and that taxing e-cigarettes at below the rate for tobacco makes it more attractive. “Any time they are vaping, they’re not smoking a cigarette. That’s a win,” says Cynthia Cabrera, executive director of the Smoke-Free Alternatives Trade Association in Washington DC. Critics contend that lower taxation encourages people to maintain their nicotine addictions, and to start using the drug in the first place, perhaps as a gateway to tobacco. Washington DC will put a 70% mark-up on the devices in October.

Researchers are broadly split into those who think that the products undermine attempts to free society from nicotine addiction entirely, and thus should be subject to the same restrictions and taxes as tobacco, and those who think that e-cigarettes deserve lighter regulation than normal cigarettes because they could help smokers to quit. Still, even proponents of the harm-reduction strategy would support reasonable efforts to limit marketing and sale of e-cigarettes to minors, says Rees.