California lawmakers are weighing a bill aimed at protecting their state's citizens from surreptitious genetic testing but scientists are voicing their growing concerns that, if passed, such a law would have a costly and damaging effect on research.

The bill, dubbed the Genetic Information Privacy Act, would require an individual’s written consent for the collection, analysis, retention, and sharing of his or her genetic information—including DNA, genetic test results, and even family disease history. 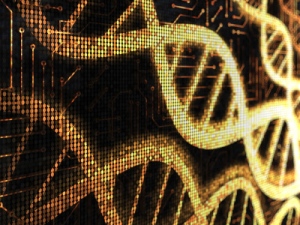 Genetic information's use and ownership are the subjects of laws proposed in at least five US states over the past year.

“It’s becoming easier and quicker and cheaper for people to obtain their genetic profile or genetic information,” says the bill’s author, California state Senator Alex Padilla. “It’s such sensitive and personal information that it ought to be protected,” he says. Padilla also authored an earlier bill, enacted in January, which extended federal protections against genetic discrimination.

Under the newly proposed bill, a person’s genetic information may only be accessed by individuals specifically named on a consent form, and only for purposes written on the form. Genetic information along with the original samples must be destroyed once their specified purposes are fulfilled.

Such requirements could seriously hinder genomic research, says geneticist David Segal, associate director of genomics at the University of California, Davis. He points out that scientists typically sequence DNA from thousands of people to discover genes associated with particular diseases. Under the proposed legislation, a large genomic dataset could not be re-used to study a different disease. Researchers would either need to destroy the data after each study, or track down thousands of former subjects for new authorisations—an infeasible task, he says.

“It’s just an incredible proposition that the money and effort that would be spent to obtain those large datasets would be just thrown away,” Segal adds. “California would be shut out of doing that kind of genetic research.”

The University of California has submitted a formal letter objecting to the bill, estimating that the measure could increase administrative costs by up to $594,000 annually—money which would come out of the cash-strapped state’s General Fund. The university has also expressed concern that its researchers would suffer competitive losses in obtaining research grants.

“If researchers are worried about not being able to do research with inadequate consent, then maybe they should be worried,” says Jeremy Gruber, president of the Council for Responsible Genetics based in Cambridge, Massachusetts, which supports the bill.  “Nothing in this bill prevents anybody from doing research, it simply adds a level of consent,” Gruber says.

Segal says that University of California policies governing human research already require informed consent for research using genomic data and typically require genetic information to be identified with numbers instead of subjects’ names. But the new bill would require authorisation for re-use of even anonymous data.

“My intent is not to impede research; my intent is to protect consumers,” says Padilla. He notes that some research subjects may not want their data stored and re-used in other experiments. “That’s one of the gaps we’re trying to close,” he says.

Many states do not have laws governing surreptitious genetic testing, and those that do vary widely in their restrictions, according to a 2009 report by the Genetics and Public Policy Center. In 2006, Minnesota passed a law that requires written consent for collection, storage, use, and sharing of genetic information. In the November 2011 decision of Bearder v. State of Minnesota, the Minnesota Supreme Court found the state’s own department of health in violation of the law for keeping blood samples routinely used to screen newborns for serious illnesses and, in some cases, using the samples to validate new genetic tests.

In the past year, South Dakota, Alabama, Massachusetts, and Vermont have proposed related bills that attempt to define genetic data as personal property. So far, none of those bills have become law.

The California Senate Appropriations Committee is currently considering the bill and will decide by 25 May whether its potential fiscal impacts outweigh its merits. If passed by the committee, the measure would move to the Senate floor for a vote this summer. Any Senate bill approved must still pass through the Assembly before it can be signed into law by the governor.

Padilla says that the bill and its terms are still in their early stages, and he is receiving “constructive” feedback from stakeholders, including California researchers. But he stands by the core principles of the measure.

“If we think of the lengths we go to protect financial information or credit card numbers, it seems to me that your genetic information is both much more personal and much more valuable than anything else that we currently protect,” he says. “I think society as a whole could benefit if this bill is passed and signed into law.”