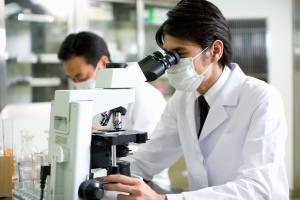 Scientists in Japan are facing pay cuts that will last for at least two years.

Scientists in Japan are concerned about proposed belt-tightening measures that would decrease many public-sector salaries by up to 10% overnight and, some worry, have a long-term effect on the country’s efforts to maintain an internationally competitive research environment.

On 29 February, the Japanese government announced a law dictating an across-the-board reduction in public-servant salaries to help pay for reconstruction efforts in the Tohoku region, hit last year by a tsunami and a meltdown at the Fukushima Daiichi nuclear power plant.

The law does not explicitly require salary cuts at universities or the many publicly funded independent administrative institutions (IAIs), which include nationwide research institute RIKEN, the Japan Aerospace Exploration Agency, the High Energy Accelerator Research Organization based in Tsukuba, and most other Japanese research institutes. But the government has been pushing for these organizations to implement decreases. Around 40% of the IAIs have already put in place some form of reduction. Others, including RIKEN, have been negotiating with their unions and have warned staff of cuts to come, possibly in July.

Although scientists understand the need for budget cuts, many feel that the proposed measures are excessive and are being implemented in an opaque and haphazard way. “We’ve been trying to get more information. There’s nothing in the media, not even in Japanese,” says Thomas McHugh, a neuroscientist at the RIKEN Brain Science Institute in Wako, where he chairs the academic council. “It’s just the frustration of not knowing what’s going on and having no way to object.” But some public servants have sought recourse: about 250 members of the civil service have taken their objections about the reductions to the courts.

What is clear is that management staff, including heads of laboratories, would face a 9.77% cut, whereas salaries of postdoctoral researchers and technicians would drop by 4.77%.

IAI administrators have said that the reductions will bring the salaries of public servants and others paid by the government in line with the private sector. But this does not hold true for scientists, especially those at universities, says Kouhei Tsumoto, a molecular biologist at the University of Tokyo. He estimates that researchers in the pharmaceutical and biotechnology industry already make 1.5–2 times the salary of university staff with the same level of seniority.

McHugh says that in applying the cuts to IAI scientists, the government is also overlooking the fact that, unlike the public servants, they do not have lifetime job security. Most are on short-term contracts. “It’s an annual contract with few benefits,” says McHugh. “I don’t think these things were thought about.”

Until this year, Japan had generally impressed foreigners with its commitment to science at a time when cuts in countries including the United Kingdom and the United States were causing scientists to look elsewhere. One foreign scientist, who did not want to be named for fear of affecting future employment opportunities, says that researchers thinking of coming to Japan will now reconsider. “It’s already difficult to attract top people. Now they’ll think, ‘Things aren’t as stable as I thought,’” he says. “If the cuts were just a few per cent, I think people would agree unanimously,” he adds.

Tsumoto and other Japanese scientists are more worried about the effects on the recruitment of young scientists from within the country: universities are already having difficulty filling up science classrooms. The cuts are supposed to last only two years, but Tsumoto thinks that they will probably continue. “We will see fewer and fewer students who want to do research,” he says. “The impact will be seen in the medium and long term.”