British scientists are fundamentally failing to deal with research misconduct, which is widespread in the country, leading experts have warned.

At a conference in London yesterday, participants were united in calling for more action on the issue.

“There is a recognition that we have a problem,” said Fiona Godlee, editor-in-chief of the British Medical Journal (BMJ) and one of the driving forces behind the meeting. 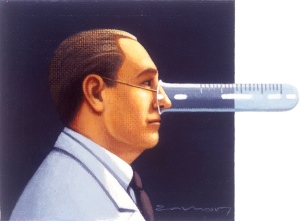 Coinciding with the meeting, a BMJ survey of 2,782 doctors and medical academics showed that 13% claimed to have firsthand knowledge of “inappropriately adjusting, excluding, altering or fabricating data”. Six per cent said that they were aware of cases of possible research misconduct at their institutions that they thought had not been properly investigated.

Research-integrity issues in the United Kingdom have long been fretted over. Last year the House of Commons science and technology select committee said that they found “the general oversight of research integrity in the UK to be unsatisfactory”. Similar concerns have been raised by others, going back more than a decade.

Elizabeth Wager, chairwoman of the international Committee on Publication Ethics, warned the meeting that one US editor had told her that UK institutions are the worst to deal with in cases of suspected misconduct. “Our reputation in the world is not looking good,” she said.

She added that although the concern is being driven mainly by medical researchers, their worries apply to other scientific fields.

UK mechanisms for ensuring ethical conduct in research “need to be strengthened”, concluded a communiqué from the meeting. In addition, the meeting said, the UK Research Integrity Office (UKRIO) should be enhanced, and ongoing funding for it should be secured. (At one point last year, the future financing of UKRIO was unclear, although it now seems to be secure.)

At present, research institutions or universities are responsible for investigating allegations of misconduct by their staff. As several participants at the meeting noted, this can lead to conflicts of interest — a university may wish to suppress such allegations to preserve its reputation.

Nicola Dandridge, the chief executive of Universities UK (UUK) — the group that represents UK universities — said at the meeting that her members were “not remotely complacent” on the issue.

The UUK and the UK funding councils are now drawing up a ‘concordat’ on research integrity, which employers of researchers will be encouraged to sign. The document, expected to be out by March or April, is designed to promote research integrity by outlining the responsibilities of employers, funding bodies and researchers and providing examples of good practice.

Also discussed at the meeting was whether a focus on major cases of misconduct, such as fabrication of results or plagiarism, should be broadened to include lower-level ‘questionable practices’, such as not publishing negative results.

Iain Chalmers, an expert on evidence-based medicine and editor of the James Lind Library in Oxford, UK, told the meeting that under-reporting — mainly of negative results — causes “avoidable suffering and death” as other scientists unknowingly follow paths already found to be dead ends. The medical academic community is “unduly complacent” about under-reporting, which is a form of misconduct, he said.

The communiqué adopted by most meeting participants broadly defines misconduct as “behaviour … intentional or not, that falls short of good ethical and scientific standards”.

Peter Wilmshurst, a cardiologist who is well known for exposing research misconduct, told the meeting that the gains are high and the risks low for would-be cheats as long as institutions refuse to deal with such problems.

“Dishonesty is common and institutionalized in medicine and medical research,” he said.

Wilmshurst also related a joke about the three ‘F’s in research integrity: Fabrication, Falsification and Honesty. There is, he said, “no 'F'-in honesty.”