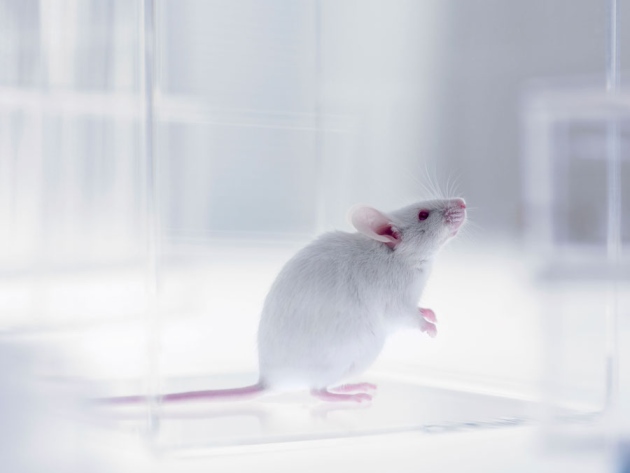 Eliane Lucassen works the night shift at Leiden University Medical Center in the Netherlands, beginning her day at 6 p.m. Yet her own research has shown that this schedule might cause her health problems. “It’s funny,” the medical resident says. “Here I am, spreading around that it’s actually unhealthy. But it needs to be done.”

Lucassen and Johanna Meijer, a neuroscientist at Leiden, report today in Current Biology1 that a constant barrage of bright light prematurely ages mice, playing havoc with their circadian clocks and causing a cascade of health problems.

Mice exposed to constant light experienced bone-density loss, skeletal-muscle weakness and inflammation; restoring their health was as simple as turning the lights off. The findings are preliminary, but they suggest that people living in cities flooded with artificial light may face similar health risks.

“We came to know that smoking was bad, or that sugar is bad, but light was never an issue,” says Meijer. “Light and darkness matter.”

Many previous studies have hinted at a connection between artificial light exposure and health problems in animals and people2. Epidemiological analyses have found that shift workers have an increased risk of breast cancer3, metabolic syndrome4 and osteoporosis5, 6. People exposed to bright light at night are more likely to have cardiovascular disease and often don’t get enough sleep.

Yet drawing a direct link between light exposure and poor health has been difficult. Meijer’s group explored this relationship in mice by implanting electrodes in the part of the animals’ brains that controls their body clocks, to measure the activity of neurons there. The scientists then housed the mice in brightly lit cages for 24 weeks.

The animals had bedding to make nests, could move freely and were able to close their eyes when they slept. But sleeping mice couldn't avoid the light entirely, and still got about one-seventh of the light exposure that they did while awake. Overall, the animals were exposed to more light than they would get in a typical light–dark cycle.

The mice also adopted a 25.5-hour day, lost bone density and had weaker muscles, as measured by how strongly they could grip with their forelimbs. After the researchers restored darkness, the mice's neurons returned to their normal rhythms and the animals reverted to a 24-hour day.

The analysis takes an innovative approach to studying circadian biology in mice, says Richard Stevens, an epidemiologist at the University of Connecticut School of Medicine in Farmington who studies the effect of light on cancer. But he says that the findings may not apply to people. The bright lights foisted on the mice were more dramatic than the light–dark cycles that people would experience in real life, even in extreme situations.

“The next experiment ought to be something like 12 hours of light, 6 hours of dim light and 6 hours of dark. That would be the kind of exposure that humans would have,” Stevens says.

And disruption of the biological clock alone might not cause the health effects reported in the study, says Steven Lockley, a neuroscientist at Harvard Medical School in Boston, Massachusetts. Poor sleep and light itself can each affect health, so an altered circadian clock may not be to blame.

But Meijer says the study should be a warning to people who work in intensive-care facilities or long-term care facilities, and to shift workers — such as her former student, Lucassen.

An atlas of artificial light pollution released in June showed that two-thirds of the world’s population is exposed to light at night7. Also last month, the American Medical Association’s Council on Science and Public Health called for a reduction in bright artificial light, citing evidence that it may increase a person’s risk of developing cancer, diabetes and cardiovascular disease.

Meijer now plans to examine how light affects the immune system, and she wants to repeat her neuron-monitoring study with grass rats, which are active during the day (unlike standard lab mice). She remains fascinated by the circadian system.

“There is no other region of the brain we know so much about,” Meijer says. “It has been a beautiful model for neuroscience research. But only in the last five to seven years have we realized it is also essential for health.”