Brexit triggered The UK government made good on its promise to trigger ‘Article 50’ on 29 March and formally began the process of leaving the European Union. In the run up, Stephen Metcalfe, chair of the House of Commons science select committee, released a report on 22 March, produced with scientific and industry groups and research charities, setting out science priorities for the upcoming negotiations over the future relationship between Britain and the EU. These include providing certainty for non-UK EU scientists working in the United Kingdom and maintaining funding levels for research.

Military research The Science Council of Japan (SCJ) on 24 March called on Japan’s government to keep military research out of universities and  institutions. The statement by the SCJ, an independent body that represents 830,000 Japanese scientists and acts as an advisory body to the cabinet, was prompted by recent efforts to involve Japan’s universities and research institutes in military research. The declaration refers directly to the Acquisition, Technology and Logistics Agency, set up in the defence ministry in 2015 to fund ‘dual-use’ research. The statement reflects on Japan’s history of mobilizing science in military efforts — a reference to the Second World War — and says that scientists must maintain their freedom and autonomy.

GM impasse Crop companies seeking to grow genetically modified varieties of maize (corn) in the European Union were disappointed on 27 March. In a vote, the European Commission failed once more to gain the required majority from the EU’s 28 member states to authorize cultivation of two new varieties of maize from Pioneer and Syngenta, and to renew authorization for Monsanto’s MON810 variety, the only GM crop so far approved in the EU. The European Food Safety Authority has deemed all three varieties safe. The outcome means that the Commission will now make the final decisions on the authorizations itself. But, exploiting 2015 rules that allow member states to opt out of cultivating individual GM crops, 19 have already stated they will ban cultivation of these varieties in all or part of their territories, whatever the Commission decides.

Environmental fears halt India detector The India-based Neutrino Observatory (INO), a facility to be built underground in the southern state of Tamil Nadu, must seek new environmental clearances. The long-delayed INO was finally given budgetary approval in 2015, and is to study masses and other properties of neutrinos. On 20 March, the National Green Tribunal in Chennai deemed that the 15-billion rupee (US$220-million) project needs a higher standard of environmental clearance because of the site’s proximity to a national park. The project’s leaders must now make a new proposal and seek permission from the National Board for Wildlife. Environmentalists are concerned about potential effects on the biodiverse Western Ghats. In 2009, a proposed site was rejected because it was deemed too close to a tiger reserve and an elephant corridor. 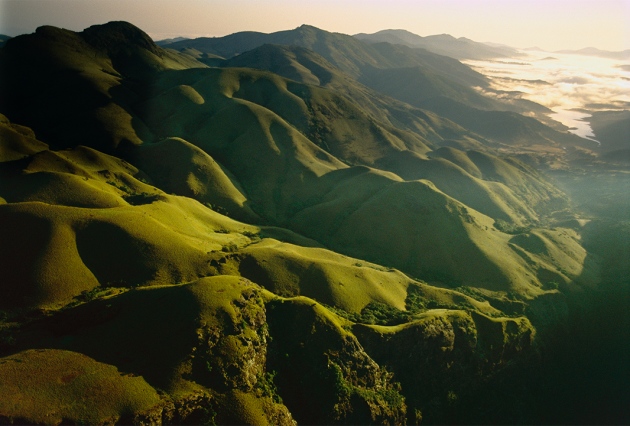 An aerial view of the Nilgiri Hills in India’s Western Ghats.

Open-access push Four California universities have formally committed themselves to the goal of making all scholarly publishing open access. On 20 March, the University of California (UC) Berkeley, UC Davis, UC San Francisco and California State University, Northridge, signed up to an international initiative called OA2020, launched by Germany’s Max Planck Society in 2015. Its aim is to push publishers towards open-access business models. The universities are the first academic institutions in the United States to sign up to the initiative’s expression of interest, now endorsed by 82 universities and scholarly organizations worldwide.

Preprint policy For the first time, researchers applying for grants from the US National Institutes of Health (NIH) will be allowed to cite their studies published on preprint servers, including draft manuscripts, in applications. The NIH said on 24 March that the change is intended to speed up the review process and enhance the rigour of researchers’ work. Open-access advocates have applauded the policy. But critics worry that grant reviewers will not be able to distinguish between peer-reviewed research and early data, and that the policy will promote hype of incomplete results.

Post-Brexit plans A survey of 201 Spanish scientists working in Britain finds that 30% of them have changed their plans because of Brexit. Another 43% are putting off decisions until the outcome of the negotiations that will determine Britain’s future relationship with the European Union, according to the survey. The poll, of members of the Society of Spanish Researchers in the United Kingdom, was carried out in late 2016. Access to European funds and immigration policy are among the main concerns of the researchers, half of whom do not qualify for permanent residency. An estimated 5,000 Spaniards work at public and private UK research institutions.

Pipeline approved The government of US President Donald Trump issued a permit for the construction of the contentious Keystone XL pipeline on 24 March, reversing the decision of the previous administration to block the project. The pipeline would transport crude oil from tar sands in Canada to the Gulf of Mexico and is controversial in part because tar-sands oil is more polluting than conventional crude.

CRISPR patent The European Patent Office announced on 23 March that it intends to grant the University of California a key patent on the gene-editing technique CRISPR–Cas9. The patent would cover the use of the technology in both prokaryotic cells, such as bacteria, and eukaryotic cells, including those of plants and animals — potentially the most lucrative application of the technique. By contrast, in February the US Patent and Trademark Office decided that the university’s US patent application did not adequately specify applications of CRISPR–Cas9 in eukaryotes, and thus did not overlap with another patent from the Broad Institute in Cambridge, Massachusetts, that covers eukaryotic uses of the technology. The scope of the University of California’s European patent could still be narrowed in response to challenges by outside parties.

Moon mission China and Saudi Arabia have signed a memorandum of understanding to collaborate on China’s Chang’e 4 Moon mission. Chang’e 4 will be the first landing on the far side of the Moon and could offer a peek at a suspected volcanic structure, the history of which has intrigued scientists. China’s Chang’e 3 mission landed a rover on the Moon in 2013, but the machine lost mobility, disappointing scientists who had hoped for a wide survey of the lunar surface. Saudi Arabia also has an active satellite-launching programme and is partnering with Russia on plans to build an international space station. 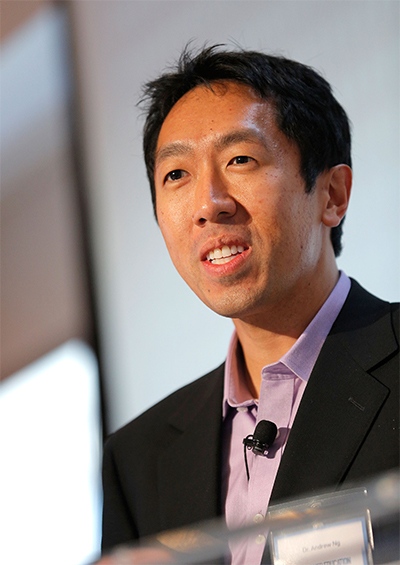 AI researchers Andrew Ng, a leading machine-learning researcher, announced on 22 March that he plans to leave the Chinese technology giant Baidu. Ng has been chief scientist at the firm’s Silicon Valley research lab since 2014, while retaining a role at Stanford University in California. Ng says that he plans to continue to work in artificial intelligence (AI), and hopes to shepherd in the “important societal change” it offers. The departure is one of two key staff losses at Baidu: on 23 March, Tencent, the Chinese firm behind the social-media application WeChat, announced that it had hired the head of Baidu’s Big Data Lab, Zhang Tong, to lead its growing AI research efforts.

iPS cell trial A Japanese man in his 60s has become the first person to receive cell transplants derived from another person’s induced pluripotent stem (iPS) cells. A team led by Masayo Takahashi at the RIKEN Center for Developmental Biology in Kobe reprogrammed anonymous donor skin cells into retinal cells, and on 28 March transplanted them into the retina of the man, who has the eye disease age-related macular degeneration. In a similar 2014 trial by the team — the first to use iPS cells in humans — a Japanese woman received iPS-derived retinal tissue created from her own skin cells. The latest surgery is expected to pave the way for more applications of iPS cell technology, which offers the versatility of embryonic stem cells with fewer ethical difficulties.

Canada’s freeze Canada’s budget on 22 March presented scientists with an unexpected freeze on their main basic-research funding streams. Prime Minister Justin Trudeau’s government made good on its promises to emphasize innovation and to encourage links between industry and academia, promising to establish Innovation Canada, a platform to coordinate support for Canadian entrepreneurs. But Canada’s three major research councils, for the natural, health and social sciences, were given no budget increases. The plan did set aside Can$2 million (US$2.5 million) to fund the post of chief government science adviser, a key campaign promise of Trudeau’s Liberal party.

Gates open access The Bill & Melinda Gates Foundation in Seattle, Washington, will launch its own open-access publishing venture this year, it announced on 23 March. The initiative, Gates Open Research, will be modelled on a service begun last year by the Wellcome Trust in London. The Gates Foundation’s platform is intended to accelerate the publication of articles and data from research funded by the charity. The foundation implemented a publishing policy in January that mandates that the research it funds must be open access as soon as it is published.

Standing up for science Nominations are invited for the John Maddox Prize, which rewards an individual in any country who has promoted sound science and evidence on a matter of public interest. The £2,000 prize puts emphasis on those who have faced difficulty or hostility for their efforts. It is awarded by Nature, the London-based charity Sense about Science and the Kohn Foundation. The deadline for nominations is 31 July.

Around 85% of Nature’s readers are plagued weekly by invitations from apparently bogus and potentially ‘predatory’ journals, an online poll answered by more than 5,300 people suggests. Most (52%) reported receiving 1–5 nuisance invites in the week of the survey; 17% received 10 or more. The invites, usually by e-mail, often ask scientists to publish papers with the journals or to become editors. Predatory journals are those that charge fees to publish papers without providing expected publishing services. 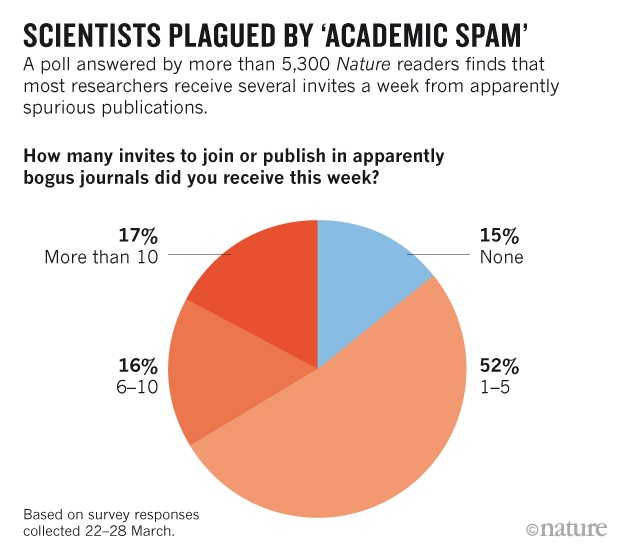 1–16 April
The information age is the focus of the Edinburgh International Science Festival.