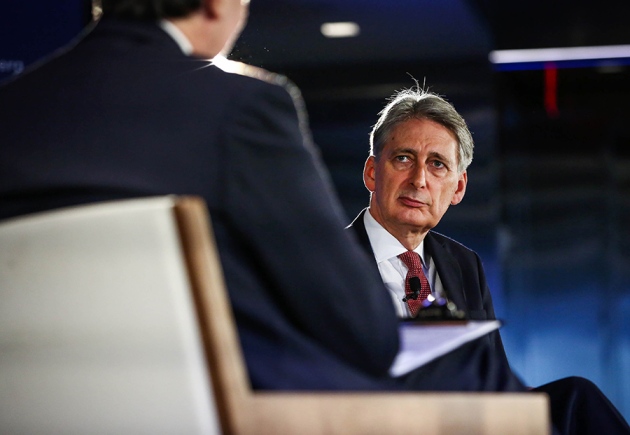 UK Chancellor of the Exchequer Philip Hammond will make his first financial statement on 23 November.

Since the United Kingdom voted to leave the European Union, science has existed under a cloud of uncertainty. The future of international collaboration and the mobility of scientists is in limbo. And the government overhaul that followed the June vote included a reshuffle of government ministers, the creation of two departments to implement Brexit and a new prime minister.

Hints of how the new guard (see ‘Science in flux’) regards science could come on 23 November, when the Chancellor of the Exchequer Philip Hammond lays out his financial plans in the Autumn Statement. The annual address on the nation’s finances will be the first from the new ‘Brexit government’. 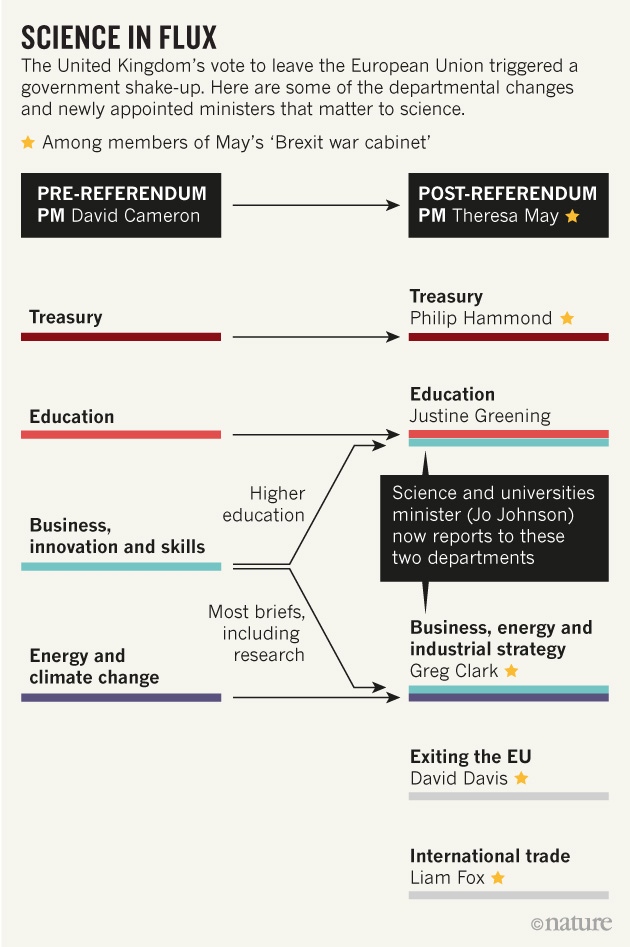 “The Autumn Statement is a real nail-biter for scientists,” says cell biologist Jennifer Rohn at University College London, an executive board member of the lobby group Science is Vital. “In the past, even when we’ve been unsure of the specific outcomes, we’ve at least been familiar with the Treasury’s general stance on the importance of science. With a change of guard, everything is up in the air.”

“The signalling of intent is almost more important than sums of money that may or may not be dished out,” adds Sarah Main, director of the Campaign for Science and Engineering in London. “We’ll be looking for political signals and financial commitments.” Main is even “quite hopeful” that a new agenda might provide fresh science opportunities.

Former chancellor George Osborne was vocal about the importance of blue-sky research, and protected the science budget from cuts that hit many areas under his austerity programme. But he did not increase investment in real terms and during his tenure the United Kingdom dropped to the bottom of the G8 countries in terms of the percentage of gross domestic product its government spends on research and development (R&D).

Hammond may be more willing than Osborne to spend public money, having already announced that he does not plan to hit Osborne’s targets for cutting the United Kingdom’s deficit. Whether this will translate into increased funds for science is unclear. Stephen Curry, a structural biologist at Imperial College London and a member of the advisory board for Science is Vital, describes Hammond — who wanted to remain in the EU — as a “fairly steady head”. But he says the jury is out on whether he will be a science-friendly chancellor.

Other positive signals come from newly appointed business secretary and former science minister Greg Clark, who told Parliament on 31 October that being at “the cutting edge of research and development” was a cornerstone of the new government’s industrial strategy, a range of policies aimed at boosting the economy.

Main sees the strategy as an opportunity for the government to increase the country’s investment in R&D. “At the moment there’s a stalemate with both government and industry saying the other needs to invest more,” she says. But she cautions that the industrial strategy could also tempt the government to predict, and then pick, specific ‘winning technologies’ to fund, instead of boosting the research base more broadly.

Others doubt that science will be regarded as important enough to feature in the Autumn Statement. Navigating the path to Brexit is “more than a full-time job”, says Kieron Flanagan, a science-policy researcher at the University of Manchester. He notes that after the Brexit vote, it took the government seven weeks to announce that it would guarantee replacement funding for existing EU-funded research projects, even after the United Kingdom leaves the EU. “That it took so long to agree on that shows they’re elsewhere,” he says. If science is mentioned in the statement, he predicts it is likely to be “an easy, shiny project to announce” rather than anything of substance.

Funding is only one direction in which UK science needs reassurance. “It’s just as important for the government to start making friendly noises to our overseas colleagues in a way that they distinctly haven’t been over the past month or two,” says Curry. The terms on which the United Kingdom leaves the EU and builds new international relations — to be negotiated by two new bodies, the Department for Exiting the European Union and the Department for International Trade — will dictate whether the country remains part of EU research programmes post-Brexit.

Scientists should also be watching the Brexit ‘war cabinet’, a collection of government ministers that Prime Minister Theresa May has tasked with making the ultimate decisions on the EU exit, according to leaked documents. Although Hammond, Clarke and Damian Green — who made the case for why remaining would be good for universities ahead of the referendum — are members, they might find themselves sidelined by the half of the committee who campaigned to leave the EU, says Mike Galsworthy, who is programme director for the lobby group Scientists for EU in London. “If there is war within the ‘war’ cabinet, then the champions of universities, European collaboration and science investment will lose.”

Main notes that the changing of the guard requires organizations like hers to set out the value of science to the economy and to society all over again. “There is a whole new cast of characters now for us to meet with and make that case to.”