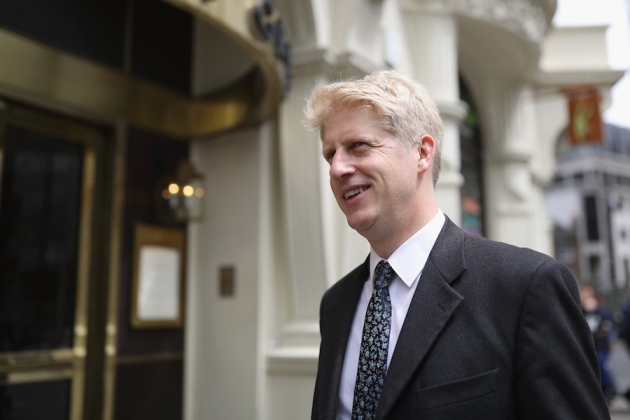 UK science minister Jo Johnson in London on 30 June, soon after his brother Boris Johnson announced that he was not going to run to lead the Conservative Party and the next Government.

In the week since UK voters chose to leave the European Union, the consequences for science continue to play out. Reports have surfaced that some EU scientists are reconsidering offers to work in the United Kingdom, and that British scientists could start being cut out of grant applications made with colleagues on the continent.

And contributing to the confused state of UK politics, Boris Johnson — a prominent ‘Leave’ campaigner — announced on 30 June that he was dropping out of the race to replace David Cameron as prime minister.

Anecdotal reports of racist incidents linked to the referendum vote have also emerged across the nation. At an event in Parliament on 28 June organised by the Royal Society of Biology, Robert Parker, chief executive of the Royal Society of Chemistry in Cambridge, said that some of his staff had been told on the street to “go home” after the Brexit vote. On Twitter, George Freeman, UK minister for life sciences, called Parker's report “appalling and totally unacceptable”.

In the wake of the vote, scientists immediately voiced fears over jobs, funding and collaborations. The nation remains a full member of the European Union, and will continue to be one as it negotiates an exit. But is in unclear how long the break-up process will take, and the uncertainty is already causing problems. 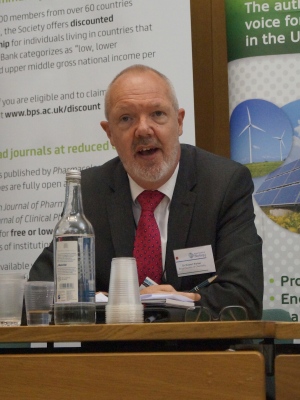 The Royal Society of Biology

Speaking in London on 28 June, Robert Parker of the Royal Society of Chemistry reported acts of intolerance directed at non-UK staff.

Robert Lechler, president of the Academy of Medical Sciences and a medical researcher at King’s College London, said in a press conference on 29 June that three “key recruitments” that are close to being finalized at King’s are “all now at risk”. This, he said, was “because these are people from continental Europe who are questioning whether they are prepared to take a risk on coming to the United Kingdom, entirely on the basis of this referendum vote”. Lechler would not provide names, but said that all three were due to take on senior roles in biomedical engineering and neuroscience. The referendum vote “is the most serious threat and challenge to UK research in my lifetime,” he said at the press conference, which took place at the Science Media Centre in London.

“We’re not going to stop brilliant people from coming to work in our universities and science institutes,” UK science minister Jo Johnson said in a speech on 30 June. After the speech he told Nature that “EU academics and students are welcome here, and their rights are unaffected as we stand today.” But he would not say whether they would be able to remain under the same conditions in future. “There’s a negotiation that will take place, and I can’t pre-empt any of that,” he said.

Johnson’s post will hang in the balance with the rest of the government in September, when Cameron will step down and a new prime minister can appoint his or her own team. Both politicians campaigned on the ‘Remain’ side, but after the referendum, Johnson supported the prime-minister candidacy of pro-Leave Boris Johnson, who is his brother. Now that Boris is out of the race, Jo’s political future — including his ability to follow up on his promises to the scientific community — is more uncertain.

But in the press conference — which had been scheduled long before the vote — he said that the government still plans to press ahead with a major reorganization of research funding.

In his speech, the science minister also asked to be told of any cases of consortiums that might avoid the inclusion of UK partners into grant proposals because of the uncertainty over future EU membership — which he regards as discriminating against UK nationals. Johnson said that had already spoken to EU research commissioner Carlos Moedas “to make him aware of my vigilance on this question”.  But he added that so far, the evidence he has is only anecdotal.

What's the EU ever done for science?

One attendee at the speech said that this was already happening. Andrew Graham, technical director of OC Robotics in Bristol, UK, which makes mechanical-arm technologies, later told Nature that he expected Italian colleagues to stop considering a potential UK partner in a funding proposal for the EU Horizon 2020 programme.

“Given that lack of clarity,” says Graham, “while consortia are being built at the moment, for current calls and future calls I can see there is a rational reason for not selecting the British partner if there’s an option.”

Earlier in the week, Faisal Islam, political editor of Sky News, said on Twitter that a member of the UK parliament had told him of “UK academics being asked to take [their] name off funding applications for joint research grants by European colleagues post Brexit”.

This story has been updated to make clear which event Robert Parker was speaking at.