The Brazilian Senate passed a bill yesterday that could affect global climate change as well as Brazil’s credibility as a nation committed to reducing deforestation. The Senate voted overwhelmingly to approve a new forest code, which eases regulations on how private landowners must preserve native forest.

The code has further polarized the country into 'ruralist' and environmentalist camps. It also has placed intense pressure on President Dilma Rousseff, who has pledged to veto the legislation. She is not considered an environmentalist, and has been generally pro-development, but she has honoured the pledge that her predecessor, Lula da Silva, made at the 2009 climate talks in Copenhagen that Brazil would slash deforestation by 80% by 2020. If Rousseff does veto the bill, she risks losing already tenuous support from the powerful agriculture lobby. 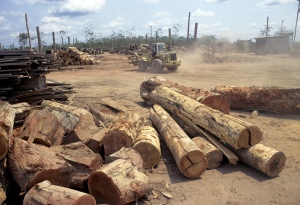 Some 70 amendments that were fixed to the bill must still be voted on, but sponsors of the legislation are expected to prevent any further changes to the bill’s central points. The measure will return to the lower house, which passed a version with even fewer restrictions on deforestation last May.

The country’s law governing forestry dates back to 1965 and made more stringent in the 1990s, with dramatic results. Annual deforestation in the Brazilian Amazon is now far lower than it was in 1995 (see Amazon deforestation declines to record low). Deforestation accounts for about 15% of global greenhouse-gas emissions and 75% of Brazil’s.

Katia Abreu, a senator from the state of Tocantins and president of the Brazilian Confederation of Agriculture and Livestock (CNA) — a lobbying organization representing more than 5 million Brazilian farmers, calls the updated forest code “undoubtedly the most restrictive and rigorous land-ownership legislation in the world”. She says that the final text is not ideal but “is a step forward, especially given Brazil’s need to regulate food production and avoid deforestation”.

Most scientists, however, disagree. They argue that the new bill is too complicated to elicit compliance and doesn’t go far enough to protect the Amazon. Daniel Nepstad, an ecologist who works with the Amazon Environmental Research Institute (IPAM) in Brasilia, says that the new forestry measure could “unleash a wave of impunity” to wipe out forests and woodlands. The law would pardon landowners who illegally deforested before 2008, in effect granting them amnesty to try and encourage them to farm or ranch more sustainably in the future.

Landowners will be required to keep between 20% and 80% of their land forested, with the largest set-aside applying to the Amazon rainforest. But the updated code exempts small properties of up 400 hectares from this rule. Those small farms account for 90% of properties in Brazil, although less than half of the surface area, according to Claudio Maretti, head of international conservation group WWF’s Living Amazon Initiative.

Another change weakens the status of Permanent Preservation Areas (APP), the ecologically sensitive areas along rivers and streams, on steep slopes and hilltops throughout Brazil. Conservationists are concerned that the pending law would reduce the width of preserved forested areas along rivers. The preserved area, for instance, will be measured from the low river level mark, where the riverbank is during the drier season, and not from the high water mark, which exists during seasonal flooding.. “These are areas of extreme importance,” says Maretti. “They protect soils from erosion, they keep floods from becoming more harmful, and they keep rivers flowing with some quality.  They’re very sensitive and they’re under risk.”

The bill’s critics argued that it could not only accelerate climate change and further threaten the Amazon’s fragile ecosystems, but also erode Brazil’s reputation as a global leader in cutting greenhouse-gas emissions. One key test of Brazil's resolve will come next June, when the country hosts the UN Conference on Sustainable Development, known as Rio+20.

“I think Brazil will lose a lot of political bargaining power internationally,” says Martinelli. “On one side we’re doing a heck of a good job curbing Amazon deforestation. But at the same time we’re sending the wrong message by changing the forest code in a way that will increase deforestation again.”