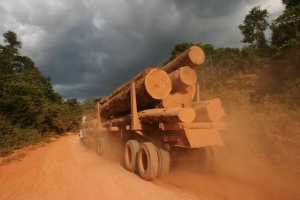 Deforestation rates in Brazil have fallen substantially, contributing to a drop in greenhouse-gas emissions.

Brazil’s greenhouse-gas emissions fell nearly 39% between 2005 and 2010, according to an inventory released today by the country's government. Years in production, the document shows that the country has made dramatic progress in reducing deforestation, but it underscores significant future challenges.

The analysis reports a 76% drop in cumulative emissions from deforestation between 2005 and 2010, with decreases not only in the Amazon but also in the surrounding savannahs. Brazil produced the equivalent of roughly 1.25 billion tonnes of carbon dioxide in 2010, more than 10% below the 1990 level. But the 2010 emission total is slightly higher than that recorded for 2009 — an increase that Brazil’s government attributes mostly to rising emissions from the energy sector.

“The reductions in emissions are significant, and they show that this is still a very serious issue in Brazil,” says Carlos Nobre, a climate scientist who heads research programmes at the Brazilian Ministry of Science, Technology and Innovation in Brasilia. But reducing emissions in the future “will not be a simple task”, he says.

The rate of deforestation in Brazil has continued to fall since 2010, and the country is now just shy of meeting its international commitment to reduce Amazon deforestation by 80% from 1990 levels by 2020. Deforestation accounted for just 22% of Brazil’s total emissions in 2010, a far cry from the time when tree felling drove roughly two-thirds of the country’s greenhouse gas output. But rising emissions from agriculture and industry industry threaten to offset some of the gains from forest protection.

Agriculture now accounts for the largest share of Brazil’s greenhouse-gas output. Emissions from the sector increased 5.2% from 2005 to 2010, when producers emitted the equivalent of some 437 million tonnes of CO2. However, crop yields have grown even faster than emissions, a sign that Brazilian farmers and ranchers are producing more food on less land, says Nobre.

The fastest emissions growth last year occurred in Brazil’s energy sector, although it is still eco-friendly compared with the energy sectors of most other major economies. Brazil boasts the world’s most advanced bioethanol industry, and produced roughly 85% of its electricity from hydropower in 2010. But Brazil has increasingly turned to fossil fuels to drive an ever larger share of its economic growth in recent years. Emissions from the energy sector increased 21.4% between 2005 and 2010, translating to an increase of 399 million tonnes of CO2.

In spite of these increases, Brazil is still on track to meet climate goals announced by President Luiz Inácio Lula da Silva at the United Nations climate summit in Copenhagen in 2009. Lula committed Brazil to reducing its greenhouse-gas emissions by 36–39% by 2020, compared to business-as-usual projections. The latest report shows that Brazil could increase its emissions by nearly 66% from 2010 levels and still hit its 2020 target.

Despite its incredible success in reducing deforestation, the country is yet to get serious about its overall climate targets, says David Victor, a professor of international law at the University of California, San Diego, who specializes in energy policy. Victor says that Brazil could capitalize on its success by making its targets more realistic, and then offering to raise them again if other countries follow suit, much as the European Union did in Copenhagen.

“This is the key to fixing international diplomacy — we need a few big emitters to demonstrate credibly how successful international coordination would tangibly lead to extra efforts,” says Victor. “Brazil, as a big emitter and an emerging country, is in a special position to do that.”