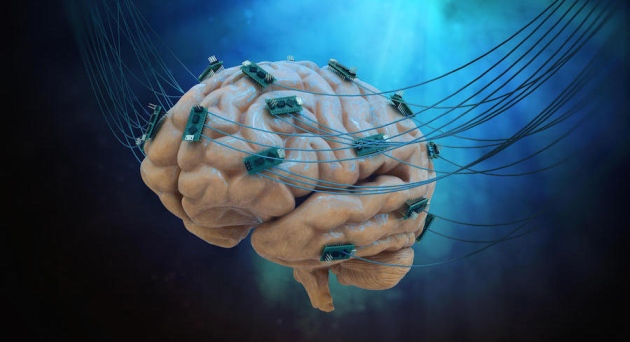 Where should we draw the line on cognitive enhancement?

It is a cautionary tale for twenty-first-century medicine. Late last year, neurosurgeons in the United States reported odd symptoms in three of their patients. Well into their sixties and seventies, these people complained of headaches, nausea, unstable balance, weak legs, low blood pressure and falling down. Chest X-rays revealed the problem. Two devices implanted into their chests — a pacemaker to help their failing hearts and a battery unit that powered electrodes buried deep inside their heads to control the signature tremors of Parkinson’s disease — had been placed too close together. One machine was interfering with the functioning of the other (M. Sharma et al. Basal Ganglia 6, 19–22; 2016).

From iron lungs and dialysis machines to implantable defibrillators, we are used to technology helping our bodies. Deep-brain stimulation — the electrodes and battery implanted in the patients’ heads — has been helping people with neurological and psychiatric disorders for more than a decade, but it requires quite a commitment. Brain surgery is expensive and not for everybody. The number of people who might benefit is very small given the overall burden posed by mental illness and related problems. This is one reason why there is a lot of interest in cheaper and easier types of brain stimulation, which apply electric current and magnetic fields to the outside of the head.

If these types of brain stimulation are found not to produce much of a difference, then it will not have been for a lack of effort. Academic journals are filling up with case reports and preliminary trials of the technologies to help people with depression, autism spectrum disorders, schizophrenia, obsessive–compulsive disorder, addiction, anxiety and many more cognitive problems. It is early days, but there are enough positive results to draw the attention of people who struggle with such issues or know someone who does. Some of these people want to try it on themselves or their children. An electrical brain stimulator is fairly simple to make, and even simpler to buy from one of the companies that are popping up to sell them online. Self-medication has never been so high-tech.

Many neuroscientists have raised the alarm over do-it-yourself (DIY) brain stimulation, pointing out that it can be unsafe in the short term and might have side effects in the long term. Some want regulation. But there is another, more fundamental, ethical issue that must be confronted. As we report in an Outlook article on page S6 — one of a series of pieces that discuss cognitive enhancement — the use of DIY brain stimulators is not confined to those for whom conventional medicine has failed. A small but growing number of people want to use the devices to improve their natural mental abilities. And in so doing, this community is piggy-backing on scientific studies that suggest that electric currents and magnetic fields could improve academic performance by boosting memory and attention, and perhaps even alter attitudes.

The use of medicines to enhance performance in sport is frowned on, and a clear line has been drawn between taking them to treat and taking them to cheat. Could a similar distinction be made for cognitive-enhancement techniques? Should it be? It’s too soon to answer some of these questions — scientists and doctors must first reach consensus on the effectiveness of the techniques — but it is not too soon to ask them.