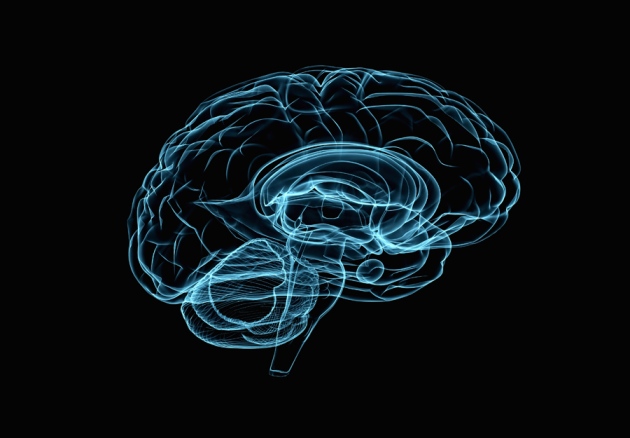 The US brain-research programme aims to create tools to image and control brain activity, while its European counterpart hopes to create a working computational model of the organ.

It seems a natural pairing, almost like the hemispheres of a human brain: two controversial and ambitious projects that seek to decipher the body's control center are poised to join forces.

Representative Chaka Fattah (Democrat, Pennslyvania) hinted at the plan in a speech on 12 March. The brain, he says, ”is something that has defied understanding. You can't imagine a more important scientific cooperation”, says Fattah, the highest-ranking Democratic member of a House of Representatives panel that oversees funding for several US science agencies.

Details about how closely the US and European programmes will coordinate are still nebulous, but US government officials say that the effort will include all of the BRAIN Initiative's government partners — the US National Institutes of Health (NIH), the National Science Foundation and Defense Advanced Research Projects Agency. Henry Markram, a neuroscientist at the Swiss Federal Institute of Technology in Lausanne (EPFL), who directs the HBP, says that Israel's brain initiative will also be involved.

Kathy Hudson, NIH's deputy director for science, outreach and policy, says that the coordination will begin with a workshop later this year, after the US agency awards its first BRAIN Initiative grants in September. At that workshop, the two groups will discuss the extent to which they want to collaborate and share data, and their scientific progress. A spokesperson from the European Commission, which funds the HBP, adds that issues such as the ethics of brain mapping and policies for sharing data are also likely to surface. The role that the US programme's non-government partners will play has yet to be determined.

The ultimate goal, Hudson says, is to ensure that the research programmes cover as much ground as possible without duplicating each others' efforts.

“I think it's just perfect,” says Sean Hill, a computational neuroscientist at EPFL who co-directs the HBP’s neuroinformatics team. Hill says that the US and EU initiatives have complementary missions: the BRAIN Initiative aims to create tools for imaging and controlling brain activity, while the HBP seeks to create a working computational model of the entire brain. And just as the HBP needs actual brain data to design its model, the BRAIN Initiative needs a system for integrating its massive amounts of biological data so that it can generate something meaningful.

Donald Stein, a physiological psychologist at Emory University in Atlanta, Georgia, was previously a vocal critic of the BRAIN Initiative. He worried that focusing on a single, ambitious aim would monopolize US government spending on neuroscience research. But Stein's opposition to the US programme has softened as its aims came into focus, and he sees the nascent international collaboration as a chance for the US and European efforts to get the most out of their budgets and workforce. The best outcome, he says, would be for the partnership to stimulate funding agencies' willingness to support high-risk research that has lofty goals.

Some researchers working on BRAIN and HBP have already begun to coordinate their research informally. The Allen Institute for Brain Research in Seattle, Washington — a BRAIN Initiative partner — has published papers on neural simulations it produced in collaboration with the HBP.

Miyoung Chun, executive vice-president of science programmes at the Kavli Foundation in Oxnard, California, says that all of the partners in the US brain project — of which the Kavli Foundation is one — are aware of how challenging the collaboration with the HBP will be, even for seemingly mundane tasks such as processing and sharing large amounts of data. “It’s not even easy to share data within a lab,” Chun says. “Imagine if you want to share it with everybody.”

One example is a $600,000 pilot project being developed by the BRAIN Initiative’s private funding partners: the Kavli Foundation, the Howard Hughes Medical Institute (HHMI) in Chevy Chase, Maryland, and the Allen Institute. Tentatively called Neurodata Without Borders, it aims to create a computer framework into which researchers from around the world can deposit their data, which would then be converted into a standardized format for use by other scientists.

Over the next year, several neuroscientists will test the pilot project's computer program using data they have gathered from mice, including behavior, electrophysiological recordings from single neurons, and images of neurons as they fire. Among them is Karel Svoboda, a neuroscientist at HHMI's Janelia Farm Research Campus is Ashburn, Virginia, who says that such efforts have often failed before because researchers do not adopt them.

"Some of these data are incredibly hard won and then just die," Svoboda says. "This is an effort to get ahead of the problem and solve it from the bottom up."

This story originally said that the first BRAIN Initiative grants would be awarded in June. In fact, this will happen in September. The text has been corrected to reflect this.