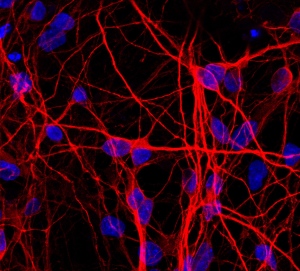 Getting neurons from cells discarded in urine, may one day help develop therapies for neurodegenerative diseases like Parkinson's disease.

Some of the waste that humans flush away every day could become a powerful source of brain cells to study disease, and may even one day be used in therapies for neurodegenerative diseases. Scientists have found a relatively straightforward way to persuade the cells discarded in human urine to turn into valuable neurons.

The technique, described online in a study in Nature Methods this week1, does not involve embryonic stem cells. These come with serious drawbacks when transplanted, such as the risk of developing tumours. Instead, the method uses ordinary cells present in urine, and transforms them into neural progenitor cells — the precursors of brain cells. These precursor cells could help researchers to produce cells tailored to individuals more quickly and from more patients than current methods.

Researchers routinely reprogram cultured skin and blood cells2 into induced pluripotent stem (iPS) cells, which can go on to form any cell in the body. But urine is a much more accessible source.

Stem-cell biologist Duanqing Pei and his colleagues at China's Guangzhou Institutes of Biomedicine and Health, part of the Chinese Academy of Sciences, had previously shown that kidney epithelial cells in urine could be reprogrammed into iPS cells3.

However, in that study the team used retroviruses to insert pluripotency genes into cells — a common technique in cell reprogramming. This alters the genetic make-up of cells and can make them less predictable, so in this study, Pei and his colleagues introduced the genes using vectors which did not integrate in the cellular genome.

One of their experiments produced round colonies of reprogrammed cells from urine that resembled pluripotent stem cells after only 12 days — about half the time usually required to produce iPS cells. When cultured further, the colonies took on the rosette shape common to neural stem cells.

Pei and his colleagues transferred the cells to a growth medium used for neurons, and found that these reprogrammed cells went on to form functional neurons in the lab.

When the team repeated the experiment and transplanted the cells into newborn rat brains, the cells did not form tumours. Instead, when the brains were examined four weeks later, the cells had taken on the shape and molecular markers of neurons.

Neural progenitors proliferate in culture, so researchers can produce plenty of cells for their experiments. Getting enough cells has previously been a problem for such 'direct reprogramming' techniques, which produce neurons more quickly than producing and differentiating iPS cells.

The benefit of sourcing cells in this way is that urine can be collected from nearly any patient, says geneticist Marc Lalande, who creates iPS cells to study neurogenetic diseases at the University of Connecticut Health Center in Farmington, and is particularly intrigued by the possibility of making iPS cells and neural progenitors from the same patient.

“We work on childhood disorders,” he says. “And it's easier to get a child to give a urine sample than to prick them for blood.”