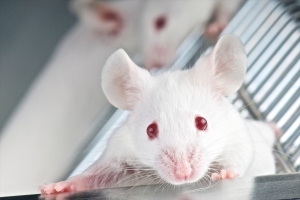 If proven to be effective in humans, a protein that reverts the effects of ageing in mouse hearts could provide relief for a condition that is otherwise difficult to treat.

Researchers have identified a blood hormone that makes ageing hearts in mice look young again. The authors of the study say their finding offers therapeutic potential for the treatment of age-related heart disease, an increasingly common cause of heart failure.

The protein, known as growth differentiation factor 11 (GDF11), circulates at high levels in the blood of young mice but declines with age. In a study published this week in Cell1, the researchers report that elderly mice treated with the protein experience a reversal of tissue ageing in the heart.

“I think it’s a stunning result that, for the first time, points at a secreted protein that maintains the heart in a young state,” says cardiologist Deepak Srivastava, director of the Gladstone Institute of Cardiovascular Disease in San Francisco, California, who was not involved with the research. “That’s pretty remarkable.”

With age and after some forms of stress, such as longstanding high blood pressure, the heart muscle becomes stiff and fails to properly relax between beats. Its wall also thickens — a condition known as ‘hypertrophy'. When the heart gets thicker and stiffer, it can’t fill properly and fluid backs up into the lungs. Patients feel short of breath as a result. There are few, if any, viable treatments for this form of cardiac failure that is most common in the elderly.

The researchers, based in Massachusetts, were using a surgical technique that merges the circulatory systems of young and old mice. When older mice were exposed to the circulating blood of young mice for 4 weeks, the older hearts became noticeably smaller and more similar in appearance to those of younger mice, suggesting that the tissue had become more youthful.

“Even at the gross anatomy level, the hearts were clearly responding to a factor in the blood of the young mice,” says Amy Wagers, a stem-cell biologist with the Howard Hughes Medical Institute who works at Harvard University in Cambridge, Massachusetts, and is a lead author of the study. “We knew we needed to go after a substance in the blood, so then it became this long process of trying to identify what that substance might be.”

Using a protein screening technique in collaboration with the biotechnology company SomaLogic in Boulder, Colorado, the team identified GDF11 as a protein that declines in ageing mice. GDF11 is in a family of proteins that has been implicated in various healing and developmental processes, says Wagers. When the researchers injected GDF11 into old mice, restoring the protein to levels similar to those of young mice, the older mice experienced a reversal in the thickening of heart muscle tissue. Heart muscle cells in the ageing mice also shrank in size.

“We did this pretty much as a long-shot experiment to see if there was some pathway that would give us insight into the heart-ageing process,” says Richard T. Lee, a cardiologist at Brigham and Women’s Hospital in Boston, Massachusetts and the Harvard Stem Cell Institute in Cambridge, who is also a lead author of the study. “We were just totally stunned when it worked.”

The finding suggests that GDF11 is a circulating factor that “essentially prevents the heart from turning into this old phenotype”, Lee says. “Then, when the mouse ages, we believe that this hormonal system fails.”

Jonathan Epstein, a cardiologist and developmental biologist at the University of Pennsylvania in Philadelphia, says that the study is “provocative” and could offer an important insight into age-related heart failure. But he cautions that the research does not yet show that the 'more youthful' appearance of the heart in ageing mice produced by GDF11 means that heart function or survival is improved. Lee says his team is initiating studies to test whether the protein actually has functional benefits.

Wagers, Lee and their team also plan to study whether GDF11 has similar effects in humans. They are also examining whether the protein could mediate ageing processes in other tissues in mice. “We’re working feverishly on different systems,” says Lee, “and we’re very hopeful that this is not just a cardiac story.”