Developing oral contraceptives for men has not gone as swiftly as researchers imagined in the early 1970s, who suggested at the time that a 'male pill' was not far off1. But today researchers report a new way to make male mice temporarily infertile.

Although the treatment is not ready for human use, the method avoids some of the pitfalls of earlier attempts, says Diana Blithe, programme director for contraceptive development at the US National Institute of Child Health and Human Development in Bethesda, Maryland, who was not involved in the study. Blithe is excited by the findings: “The field has a number of leads,” she says, “and this is among the most promising.” 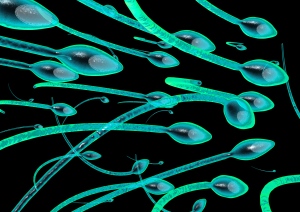 The discovery of a hormone-free way to immobilize sperm in mice could lead to the development of oral contraceptives for men.

The technique, which is reported today in the journal Cell2, appears to have a much more specific action than previous methods: it impairs sperm production by blocking a protein called BRDT. This protein was singled out as a potential therapeutic target five years ago because it only occurs in the testes, where it is required for the division of sperm cells.

If the approach proves safe in humans, it would be an improvement over hormone-based methods of male contraception, which are not completely effective and cause side effects such as mood swings, acne and a loss of libido.

These typically employ progesterone and testosterone. The progesterone limits sperm production, but it also impairs other 'male' features, such a high muscle mass and the ability to get erections, which a limited amount of therapeutic testoterone then restores.

“The best thing is that we did not affect hormone levels,” says study author Martin Matzuk, a reproductive biologist at Baylor College of Medicine in Houston, Texas.

In their experiments, Matzuk and his colleagues injected a BRDT-blocking compound into male mice. This shrank the mice’s testes and reduced their sperm count, and any sperm they did produce were immobile.

When given high doses of the inhibitor, the mice continued to mate with females but sired no offspring. Within a few months of stopping the treatment, the male mice could successfully impregnate females once more.

Matzuk’s team have begun the task of using these findings in the design of a male pill, as they try to pin down more molecular details of how the potential therapy works.

Although it is known that BRDT alters gene activity by changing the configuration of DNA in the nucleus, exactly how this rearrangement goes on to disrupt cell division and the production of sperm is unclear. Furthermore, the BRDT inhibitor might interact directly with its target, or its action may be mediated by other proteins that are similar to BRDT in structure. Creating a more targeted compound is a priority for future research.

“They’ve found a nice system for studying spermatogenesis, but it would be a stretch to say that there’s a human application in the near future,” notes Mark Gill, a reproductive biologist at the Friedrich Miescher Institute for Biomedical Research in Basel, Switzerland, which is part of the Novartis Research Foundation.

Gill foresees many obstacles ahead. He points out that even though treated and untreated mice sired similarly sized litters after the treatment stopped, developmental abnormalities could have occurred that lead to early embryonic death or that only become evident later in life. A single miscarriage in a clinical trial, for example, would halt the trial. Risks such as these have caused pharmaceutical companies to drop out of developing male contraceptives.

As a result, the National Institutes of Health (NIH) funds the bulk of male contraceptive development in the United States. Only one method developed through NIH support — a progesterone and testosterone gel — is currently in clinical trials.

Other techniques in earlier stages of development include testosterone pills and implants. Researchers are also attempting to make a compound that blocks retinoic acid — essential for sperm production — without causing the undesirable side effects seen in initial attempts at interfering with its action, which made men feel sick after consuming alcohol.

As for the male pill, “I’m convinced men want this,” says William Bremner, an endocrinologist at the University of Washington in Seattle, who has written a commentary that accompanies the Cell paper. He notes that men already take responsibility for contraception in 30% of sexual encounters through condoms and vasectomies.