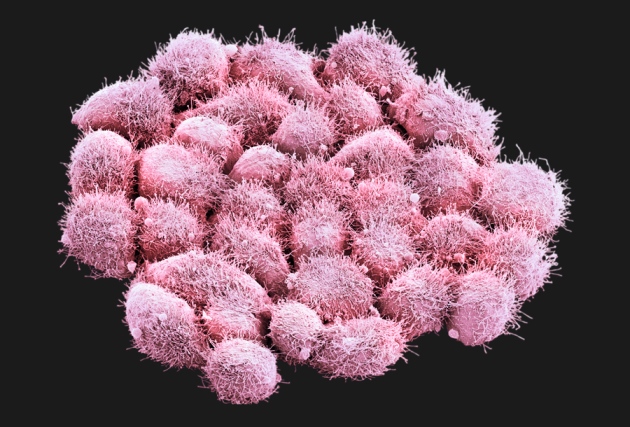 Many cell lines in laboratories around the world are mislabelled or contaminated, yet scientists seldom run checks to verify their cells’ true identity.

In an effort to encourage scientists to authenticate cells, researchers at the biotech firm Genentech said on 15 April that they have created a faster, cheaper way to identify cell lines, and have also created an improved list of reliable cell lines.1 The work was published in the journal Nature, which accompanied the piece with an editorial announcing a renewed effort to get authors to authenticate their cell lines for papers submitted to Nature research journals2.

The Global Biological Standards Institute, a non-profit group in Washington DC, is also launching a social media campaign this week, #authenticate, to publicize the problem of misidentified cell lines.

“The fact that Genentech has chosen to invest in dealing with this problem gives a clear signal that it needs to be dealt with,” says Jon Lorsch, head of the US National Institute of General Medical Sciences. Genentech developed the authentication system to keep a better track of its cell-based activities, says Richard Neve, a cancer researcher at the firm, which is based in South San Francisco, California, and is a subsidary of the Swiss pharmaceutical giant Roche.

When the label lies

Biologists have known for decades about the cell-line contamination problem: a vial marked as containing, say, neural stem cells, can quickly end up containing only cancer cells, because cell lines can get swapped or mixed, or stray contaminant cells can invisibly outgrow their neighbours. The non-profit International Cell Line Authentication Committee (ICLAC) has identified 475 cell lines known to be misidentified or contaminated with other cells.

One 2007 review of material in biorepositories suggested that a third or more of cell lines are misidentified or contaminated3. Lorsch estimates that far fewer than one-third of scientists actually check their cells. Mislabelled cell lines can foil researchers’ attempts to reproduce their own and others’ work, and lead to incorrect conclusions about the activity of tissues such as cancers.

Genentech researchers began by cleaning up the existing lists of cell lines. Standard tests identify cells by short, repeated sequences of DNA. Neve and his colleagues gathered DNA profiles for cell lines from seven databases. By cross-referencing profiles and accounting for naming inconsistencies, they whittled down a collection of 8,577 DNA profiles to a set of 2,787 unique profiles. Neve says the firm has uploaded its data to the US National Center for Biotechnology Information, and is also working to make it available through ICLAC.

Neve’s team also created a way to profile cell lines by looking at variations in single nucleotides from DNA, a diagnostic test that can be performed in a fraction of the time and cost of the standard procedure. The time needed is about 5.5 hours, as opposed to 21 hours for the older method, says Neve. The new method should also work for non-human cell lines (such as those from highly inbred laboratory mice, which are challenging to identify with standard tests), adds Amanda Capes-Davis, chair of the ICLAC.

“It’s a great advance,” says Lorsch. “Hopefully, it will be one of the things that helps change the landscape and convinces people that they need to be rigorous.”

Capes-Davis is most excited about the fact that, as part of formulating its method, Genentech also developed a system for more logically annotating and organizing cell lines that other scientists can use. “That framework has the potential to make online cell-line searches more reliable, all the way from Google searches to hunting through data sets and catalogues for mutations and cell-line stocks,” she says.

Laboratories that already perform genomic analysis should not abandon the old test, because it has become a standard way of comparing samples from lab to lab, says Capes-Davis. Genentech will continue to do standard tests whenever it removes cells from an original vial, but will use the new test for assessing working stock for experiments, Neve says.

Lorsch says that more work is needed to create a test that most scientists will be able to run themselves. For now — as before — most biologists will still need to send out their cell lines to a DNA-testing lab for analysis, a use of time and money that has been a major factor behind scientists’ reluctance to check their materials.

The Nature editorial noted that specialist journals such as the International Journal of Cancer are already systematically asking authors to identify their cells. Nature said that it had been asking authors to authenticate cells since 2013, although most had not done so. However, with new resources available, it would now be asking all authors of papers involving cell lines to check their lines against publicly available lists of cells known to be problematic.

“What makes the time ripe for action is a combination of a rising awareness among scientists … the availability of proper tests and resources … and the willingness of some funders to tackle the matter,” the journal said.