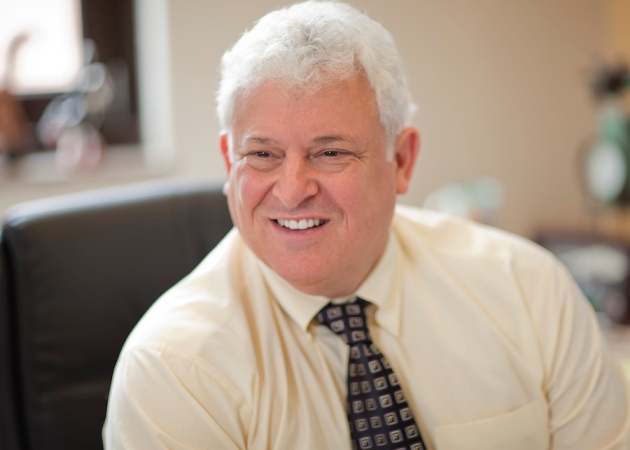 Bioethicist Arthur Caplan, who will lead a bioethics panel for the pharma firm Johnson & Johnson.

Early last year seven-year-old Josh Hardy lay terminally ill at a hospital in Memphis, Tenn. He was combating a life-threatening adenovirus infection and his physicians had run out of options. They wanted to try an experimental treatment for his condition that was currently in clinical trials. The U.S. Food and Drug Administration will sometimes green-light such procedures as “compassionate use” when sick patients have already tried other available treatments without success. But Chimerix, the drug’s maker, declined to provide the medication. Then Josh’s mother took to Facebook. Overnight her family’s plight went viral and strangers were contacting the pharmaceutical company’s management and board members. A Facebook page and #SaveJosh Twitter campaign soon followed. Some Chimerix executives even received personal threats. Within a week of the first Facebook post by Josh’s mom Chimerix announced it would provide the drug to Josh as part of a new pilot trial. He subsequently received the treatment and mounted a recovery.

The tug-of-war between families and pharmaceutical companies over providing experimental therapies for extremely sick patients is not a new issue. But social media now gives families a much bigger platform to plead their cases.

Still, decisions about when to provide such experimental therapies are typically made in a relatively mysterious, ad hoc way. Pharmaceutical companies often deliberate behind-the-scenes and then the matter goes to the FDA to sign off. Now one company is making a radical change to that process. Last week, Johnson & Johnson announced that well-known bioethicist Arthur Caplan would be spearheading a bioethics panel for the company going forward. That panel will advise J&J on decisions about when and to whom drugs will be provided for compassionate use.

Just how many requests J&J will consider remains unknown. To date, the company says that it has not centrally tracked how many compassionate-use requests it has fielded but that it estimates there have been “hundreds” of requests over the years and that the numbers have recently been ticking upward. Caplan, professor of medical ethics at New York University’s Langone Medical Center and a Scientific American Advisory Board member, spoke with SA about the broader implications of J&J’s move.

[An edited transcript of the interview follows.]

How much weight do you think your panel’s recommendations will carry with J&J when it makes its final decisions about who gets these experimental drugs?

I think a lot of weight. Ultimately the burden is on the company to decide, but if they don’t agree with our advice they are going to have to give us a written explanation, which I can’t imagine would happen too often without some readjustments in the relationship. I won’t say it won’t ever happen but I think we will have a lot influence.

How have pharmaceutical companies traditionally decided whether or not to provide unapproved drugs to patients who have run out of other options?

Each company has its own approach. They are all over the place. Some companies turn to their CEO and say, “What do you want to do here?” Sometimes they bring in their trustees or their board of directors. Some talk to their legal department. Some talk to their chief medical officer. There is no single pathway that companies around the world use to respond, so you may get a very narrow sort of experience base, a narrow perspective or a broad one—it depends on the tradition of the company.

If multiple sick patients are petitioning J&J for a drug, how will your panel determine who gets first dibs?

I don’t know yet. What I do know is this: the panel will put everyone on a level playing field. Requests will be made anonymous. That is to say, when they are sent to us we will know the age and some medical facts, but we won’t know if the patient is the son of a governor or of a celebrity or something like that. I think just having the panel, especially one with a lot of different perspectives—medical, ethical, consumer—will help these cases get broader consideration. Only three to four panelists of the 10-person panel will work on any given week. The panel members won’t know what week they will work until right beforehand, which will help prevent them from being pressured or contacted. Currently, a lot of people with means will try to get at the CEO of a company. With this panel, we are already ahead of the game with fairness. It’s possible if this doesn’t work, we will start choosing cases randomly, saying panelists will take the first, fifth and ninth case that came in on a given week.

But some families seeking these therapies go on social media to plead their case and may end up making headlines. Your panelists won’t live in a cave, so how will you avoid that influence?

Will you allow the public to see who has applied for drugs under compassionate use and who gets the medications, perhaps in an anonymized way to show your panel is independent and fair?

We will have group information but not individual. We should be able to say we looked at 100 cases, we had a supply of six doses and here is what happened. In general we won’t name the six patients or anything like that. We will try to protect everybody’s privacy. I don’t think we will let people sit in on the meetings ever. They’ll be no outsiders because it’s too intrusive and I’m afraid people won’t speak up if nonmembers are there.

For decades hospitals have had bioethics committees that include clinicians, clergy, community members and lawyers to help navigate controversial choices like taking individuals off life support. Who will be on your panel?

We will have 10 people overall. I think we will have doctors who are familiar with the diseases in question and ethicists. We will definitely have people with experience with consumer advocacy but not people that advocate on the particular disease we’re talking about that day. There might be a pharmacist, nurse or social worker. But I don’t think any lawyers. I don’t want lawyer members because they tend to constrain creative thinking. They follow the law too closely. Could I get a lawyer to talk to? Sure. Might one of the members also have a law degree? Sure. But a pure lawyer? No.

We can ask J&J for whatever we feel we need as far as medical advice. But I also have an arrangement with an independent doctor who can tell us about the disease but won’t vote or anything. This person will be someone who responds to us, not J&J—and that’s so we can get more medical advice in the room if we need it. I’m not voting either as chair because I don’t want to overly influence the others.

Is J&J going to pay the panel members?

I’m not going to be paid but the others can be paid if they want to be. It’s not huge pay. The interesting arrangement here is J&J is paying for this panel. But they are hiring the medical school, and the school will give me the money to hire a panel. The money doesn’t come directly to me from J&J. There’s not a firewall but at least there’s a fence around it.

What will be your guiding principle in this new job?

Try to be fairer than the current world is. Listen hard to people who are poor. We are going to have overseas requests, too, and our job is to level the playing field. This is about getting every voice heard. How will we decide? I don’t know.

I understand you contracted polio as a child. How does that experience influence your thinking on giving people potentially lifesaving drugs for terminal illnesses?

Polio was such a terrible disease. I empathize with people looking for treatments. I had to go to rehab for a long time. I know what it’s like to be around sick kids and also families going out of their minds, because they feel like they can’t do anything.

Who pays the costs if there are side effects from these drugs?

J&J will cover the costs of the drugs. They will be given to patients for free. They are also ultimately responsible for delivering the medicines since you have to be trained to deliver them—they are not necessarily pills. To infuse some of these you need to know how to do it.

I don’t know what will happen if someone has a real adverse event and dies. Since these people are all pretty sick, I don’t think we’ll see a lot of liability. If someone died, there might be a FDA investigation to look at whether the drug had a role, but these aren’t people who attract lawyers.

How many requests do you expect to deal with?

We aren’t sure. I will know that soon.

Might J&J be hesitant to provide experimental medications because bad results could potentially jeopardize FDA approval?

It could. It’s a gamble on their parts, yes. I think, hopefully, they will be talking to the FDA and saying we had a process, this is what we did, and we said a certain amount would be given out on a compassionate-use basis and we had good results here with the clinical trial, so let’s keep going. This could be an issue though, yeah.

Do you think other pharmaceutical companies will move in this direction and set up their own panels?

I’m sure they are watching closely. No one’s called me up and said will you make a committee for us, too. But I know they are paying attention. The little guys, the start-ups, I’m not sure they could manage a committee like ours. What might work is saying we need to have a committee that all start-up companies could use.

Even if J&J gives the green light to release a drug for compassionate use, the FDA still has to sign off, too. What would be the sticking point if the company already gave its blessing?

Almost nothing. Historically, when the FDA has been asked, it has granted approval 99 percent of the time. You basically have to brew the medication in the bathtub for it to say no. The FDA is not a big obstacle.