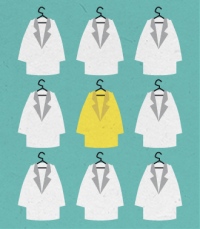 To publish the most papers, labs should ideally have 10 to 15 members, according to a much-discussed study in PeerJ PrePrints1. Adding more and more graduate students and postdocs beyond that number does not guarantee a continued rise in high-impact papers, the study found, partly because the extra workers tend to be much less productive than the principal investigator (PI). Mark Pallen, who heads a microbiology lab at the University of Warwick, UK, tweeted “Nice that PIs matter!” But Jessica Chong, a geneticist and postdoc at the University of Washington in Seattle, wrote on Twitter: 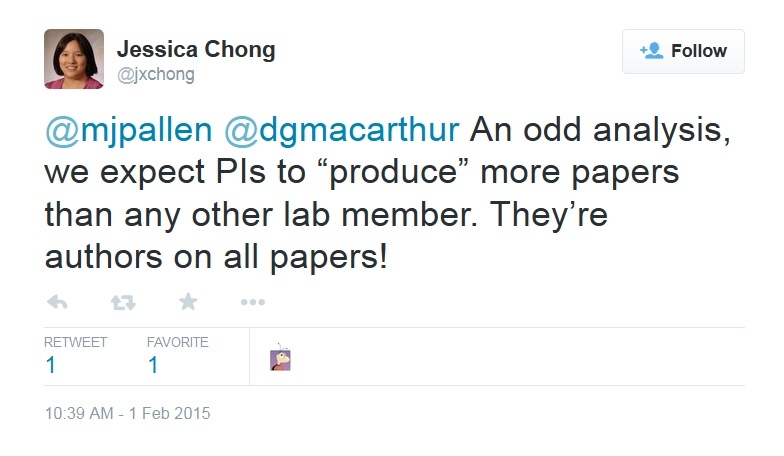 The study, by Adam Eyre-Walker, a geneticist at the University of Sussex, UK, and his colleagues focused on 398 PIs in the biological sciences in the United Kingdom, and compared the size of their groups with the number of publications over a five-year period. On average, the PIs in the study had about six other people in the lab, but that number ranged from 0 to 30. The authors calculated that the PI accounted for slightly more than 10 papers over 5 years, and each extra lab member increased productivity by just less than 2 papers. A closer look suggested that each postdoc added about 3.5 papers and each PhD student contributed just over 1 paper. Or as Pallen summed up on Twitter: “PIs 5 X more productive than other research group members; each postdoc worth 3 PhD students.”

However, when citations and impact factor of the papers were added to the analysis, the importance of extra people in the lab seemed to dwindle after labs reach 10 to 15 members. The authors conclude that universities and other institutions should consider these trends when making spending decisions. “It might be more productive to invest in new permanent members of faculty rather than additional postdocs and PhD students,” they wrote.

In an interview with Nature, Pallen said that some of the paper’s conclusions make sense. “Postdocs are clearly more productive than PhD students in most areas of biology, and it is therefore a good idea to get project grant funding as soon as possible in one’s academic career” to afford those postdocs, he says.

But Pallen also says that he is “dubious” about the suggestion that 10 to 15 members is the ideal lab size for impact. Eyre-Walker says he is not sure why impact might peak for labs of this size, but both he and Pallen note that the analysis did not include enough large groups to draw firm conclusions about ideal lab size.

Some commenters on Twitter questioned the statistical methods used in the study. Ben Moore, who studies computational biology at the University of Edinburgh, UK, called for “more cautious interpretation” and noted that the line correlating lab size and publication number only very roughly fits the data.

Eyre-Walker acknowledges that some of the statistical critiques have merit, and that there is a lot of variability in productivity between labs, even those of similar sizes. But Eyre-Walker (who has one postdoc and two PhD students in his own lab) stands by the main conclusion: PIs are the main drivers of productivity in the lab. “People sometimes characterize PIs as indulgently putting their name on every paper they can, whether or not they had input,” he says. “But in the UK, groups are generally small, and I suspect a PI genuinely has a major input into the research that happens in their lab.”