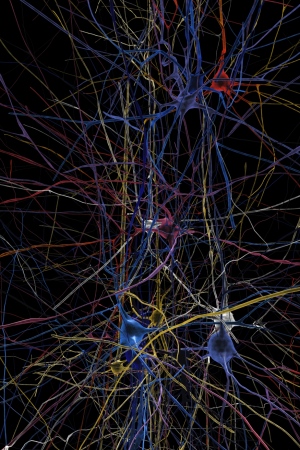 The Brain Activity Map will record the firing of thousands of neurons.

In late January, The Human Brain Project—an attempt to create a computer simulation of the brain at every scale from the nano nano to the macro biotic—announced that it had successfully arranged a billion Euro funding package for a 10-year run.

And then on Feb. 18, an article in The New York Times took the wraps off a plan to spend perhaps billions of dollars for an effort to record large collections of brain cells and figure out what exactly they are doing.

Is this the Large Hadron Collider vs. the Superconducting Supercollider redux?

Not yet. The billions for the Brain Activity Map, the U.S. project, are still a wish that has yet to be granted.

But, despite as-always hazy government finances, brain researchers are thinking large as they never have before, and invoking the attendant rhetoric of moon shots, next-generation Human Genome Projects and the need for humankind to muster the requisite visionary zeal to tackle one of science’s “last frontiers.” Oy, spare me that last part.

The challenges these projects have set for themselves, though, illustrate the challenge of going from today’s crude profiles of a biological machine of incomprehensible complexity to an accurate rendering of the goings-on of some 100 billion neurons woven together by a pulsating tapestry of 100 trillion electrical interconnections.

Henry Markram of École Polytechnique Fédérale de Lausanne described the goals for the Human Brain Project in Scientific American in June, saying that the project would become the “most powerful flight simulator ever built. Rather than simulating “thermal runaway” in a Boeing 787, it is intended to furnish a big-screen blowup of every cell and connection inside the human skull.

The Human Brain Project continues to receive brickbats from a number of quarters. The researchers plan to take the most current knowledge of brain anatomy and function to create an elaborate computer simulation. The pitfall has to do with the simple fact that what we know at the molecular, cellular, circuit levels and up is often inadequate or just plain wrong. Layering faulty assumption upon faulty assumption can produce an elaborate software fantasy world. But, as Markram hastens to emphasize, software can always be revised for a next release to fold in the latest from experiments in cells, fruit flies, roundworms, mice, monkeys and people. The hurdles are still enormous. When we ran this article last year, it was accompanied by a Web-based excerpt from a section of a chapter of Connectome, a book by neuroscientist Sebastian Seung, that described the difficulties involved in reducing the brain to a piece of software. What happens, for instance, if a neurotransmitter like dopamine escapes from the immediate connection point, a synapse, and interacts with a synapse at some distance. How does this magisterial brain model take into account this possibility?

The Brain Activity Map, in its still nascent conception, has plans for something less ambitious than a brain in a box. It intends, from what can be gleaned, to provide a record of everything that happens along particular neural circuits. It would function not just as a static model of the connections between, say, the frontal lobe of the brain to the emotion-processing amygdala. Rather it would be a dynamic rendition of what goes on along that pathway, a record of even the most minute voltage fluctuations along the intricate links of this circuit.

“People refer to connectomics both when talking about gross features of brain wiring and when referring to the approximate 100 trillion synaptic connections of the brain. Both of these are morphological in nature,” says Michael Roukes, an experimental physicist at the California Institute of Technology, and one of the project’s organizers. “By contrast, what we are talking about with this Brain Activity Map project is functional connectomics… how the brain’s “bits” of information are encoded, routed in its hardware (should I say “software” or wetware?), and ultimately how circuits are constructed and the brain actually computes. Functional connectomics is about the dynamical organization of brain circuitry.”

John Donoghue of Brown University, a researcher in brain-machine interfaces, and one of the scientists involved in planning the Brain Activity Map, noted that probes exist today to capture what happens at the cellular and molecular level and that brain imaging machines can take in what happens over gross areas of neural anatomy. Missing, however, is the technology to monitor in real time what happens when hundreds to millions of neurons coordinate their firing patterns, a circuit-level view of brain activity from which aspects of conscious function emerge—seeing a dog, hearing a song, feeling happy or sad. “We don’t have the tools to study large numbers of neurons at high temporal resolution over large areas of the brain,” Donoghue says. “We need tools to do that. Once we have the tools, we can do the experiments and that can drive theory about what goes wrong in schizophrenia or depression.”

Even if the Brain Activity Map doesn’t meet its most ambitious goals, it might still be deemed a success because it could produce tools that could sense and stimulate individual neurons at the scale of nanometers—one speculative proposal would even use an artificial DNA sensor that would detect electrical activity in a brain circuit—a sort of DNA ticker tape

The tangled complexity of the brain’s wiring may make any Big Neuroscience effort a bigger hurdle to overcome than decoding the sequence of nucleotides, the A, C, G, Ts that make up the human genome. A documentary released recently—The Singularity—explores the idea that computing and other technology is advancing so rapidly—that machines will soon be smarter than humans and humans will be achieve immortality by making a copy of their neural circuits and transferring them to a robot or computer. The documentary interviews a number of prominent neuroscientists about the prospects for The Singularity becoming a reality. In it, neuroscientist Christof Koch mentions that the wiring diagram of the nervous systems of the roundworm, Caenorhabditis elegans, has been known for decades and neuroscientists are still attempting to unravel its basic functioning.

Michael Gazzaniga, another prominent brain researcher, endorsed the idea of proceeding with the Brain Activity Map as long as other critical brain research does not suffer. But he added that a realistic perspective is required on how long it will take to achieve the ambitious goals that were widely discussed in the popular press in recent days. “I say go with a new approach while keeping the best of the old,” he says. “It will take dozens of years to figure this all out.”