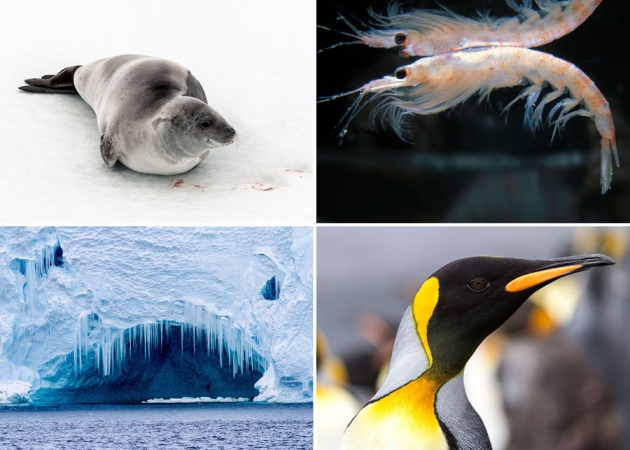 Antarctic scientists are hoping for an agreement to safeguard the inhabitants and environment around the Ross Sea.

Antarctic researchers are hoping that proposals to create two huge protected areas off the frozen continent’s coast will be successful at the second time of asking next week.

The areas would safeguard seals, penguins and fish in vast swathes of water through protected zones in the Ross Sea and eastern Antarctica. They would also create special research zones for scientists to monitor the impact of increased human activity and climate change on this isolated region.

Last October, the proposals were knocked back at a meeting of the Commission for the Conservation of Antarctic Marine Living Resources (CCAMLR, pronounced 'cam-lar'), which is charged with overseeing the region’s waters (see Disappointment as Antarctic protection bid fails). The 25 members of CCAMLR – including the United States, the United Kingdom, Australia and Russia – failed to come to the required unanimous agreement on the plans but did agree to a rare additional meeting to discuss the marine reserves.

This meeting in Bremerhaven, Germany, concludes on 16 July, and supporters of the plans are bullish.

“I’m feeling really good about the proposals this time round,” says Andrea Kavanagh, director of the Southern Ocean Sanctuaries campaign run by the Pew Charitable Trusts, a non-governmental organization based in Washington DC and Philadelphia, Pennsylvania. “The science is settled. There is international will to do this.”

Kavanagh says that she expects there will still be sticking points in the discussions. One crucial point will be whether these marine protected areas (MPAs) will have expiration dates or will undergo more-traditional reviews that might tweak their boundaries or uses. Expiration dates would mean that the reserves would have to be voted on again when the agreement expires, basically starting the protection process from scratch, so they would not be MPAs according to widely used definitions, says Kavanagh.

The exact areas and zones of the MPAs – and especially restrictions on fishing within the protected waters – will also be debated at the meeting.

The United States and New Zealand are the driving forces behind the Ross Sea MPA proposal, which would create the world’s largest marine reserve, banning fishing from 1.6 million square kilometres of the sea. It would also create a special ‘research zone’ where scientists could monitor the impact of climate change on the ecosystem and the success of the MPA.

The proposal suggests a 2064 review date, but it is worded so that there is no presumption that the protection will expire. “One of the objectives the United States has is to do long-term climate-related science. That can’t be done over a decade or two, you need more time,” says Evan Bloom, director of the Office of Ocean and Polar Affairs at the US Department of State.

The second proposal would see a number of MPAs set up off the east coast of Antarctica. In total seven areas would be protected, safeguarding wildlife such as penguins and krill.

“It would be a historic development. It would be the first time any areas in Antarctica have been protected at this scale,” says Steve Campbell, campaign director at the Antarctic Ocean Alliance, a coalition of non-governmental organizations pushing for enhanced protection in the region.

Campbell agrees that the chances of both proposals being approved in Bremerhaven are better than last year. There has been more time for consideration and lobbying, although countries including Russia and China are still thought to be apprehensive about the scale of the protection plans, and especially the restrictions on fishing, he says.

The MPA proposals are being keenly watched by advocates of enhanced marine protection away from Antarctica. Success in establishing protected areas near the South Pole could pave the way for the large marine reserves that some are pushing for in international waters elsewhere.

CCAMLR is widely regarded as having so far steered a successful course around the obstacles presented by resource management in international waters, making these proposals a crucial test of international willingness to restrict commercial activities on the high seas.

“If you can’t do this sort of thing in Antarctica, where can you do it?” asks Bloom.

If the proposals are not accepted in Bremerhaven, they can be discussed again at the annual CCAMLR meeting in October.