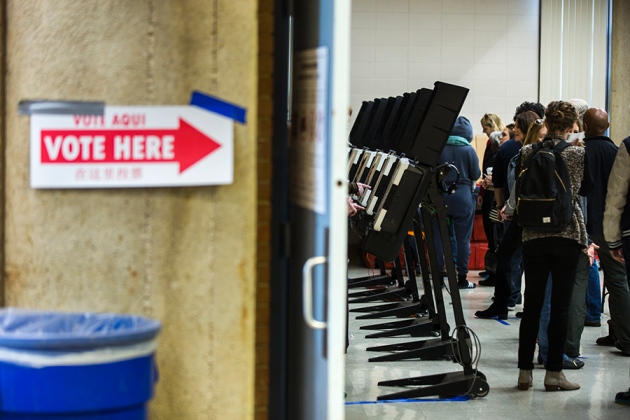 Some voters have already cast their ballots in the US 2016 election.

The presidential race between Hillary Clinton and Donald Trump is dominating the discussion about the upcoming US election, but it’s not the only contest to watch on 8 November. Choices that voters make will influence other levels of government — and some of these decisions will steer the course of science and science policy.

Winning the White House is only half the battle for the next president. The political balance of the two houses of Congress — the US House of Representatives and the Senate — can determine whether a president’s policies become law or die on the vine.

The Republican Party currently controls both houses. But on 8 November, all 435 seats in the House of Representatives are up for grabs, as are 34 of the 100 seats in the Senate. 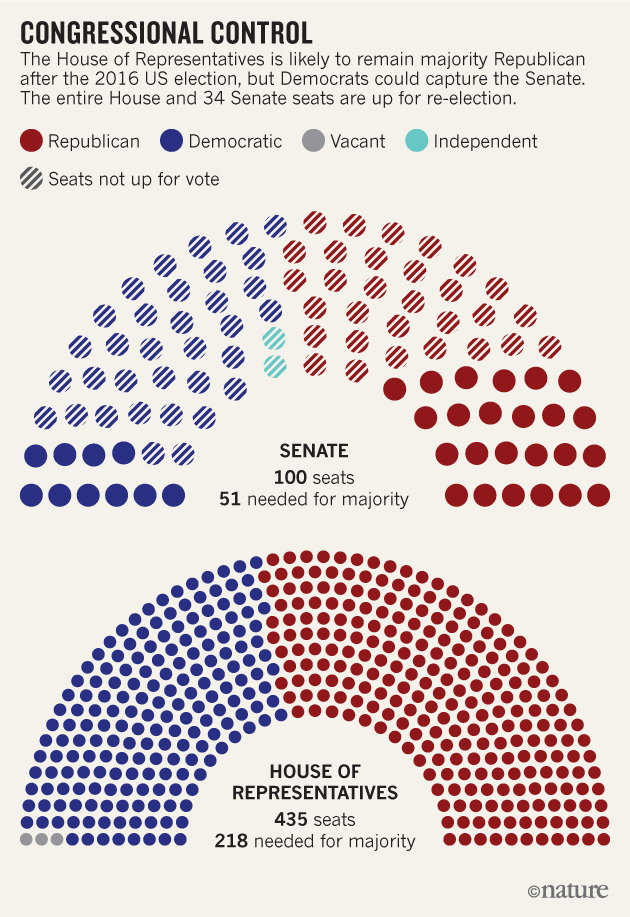 Although the House seems likely to remain in Republican hands, a Democratic take-over of the Senate is possible. That would benefit Clinton — a Democrat — if she prevails over Trump: the latest polls suggest she has a narrow lead. A Democratic Senate would be more likely to back her funding and policy priorities, such as increasing science spending and fighting climate change, and to approve her nominees for government posts at NASA, the National Science Foundation (NSF) and other agencies key to science.

And if the Senate ends up split with 50 Democrats and 50 Republicans, the vice-president — who is also president of the Senate — would break the tie, handing control to the party that wins the White House.

Individual House and Senate races — and retirements — are set to change the political landscape for US science agencies in subtler ways. 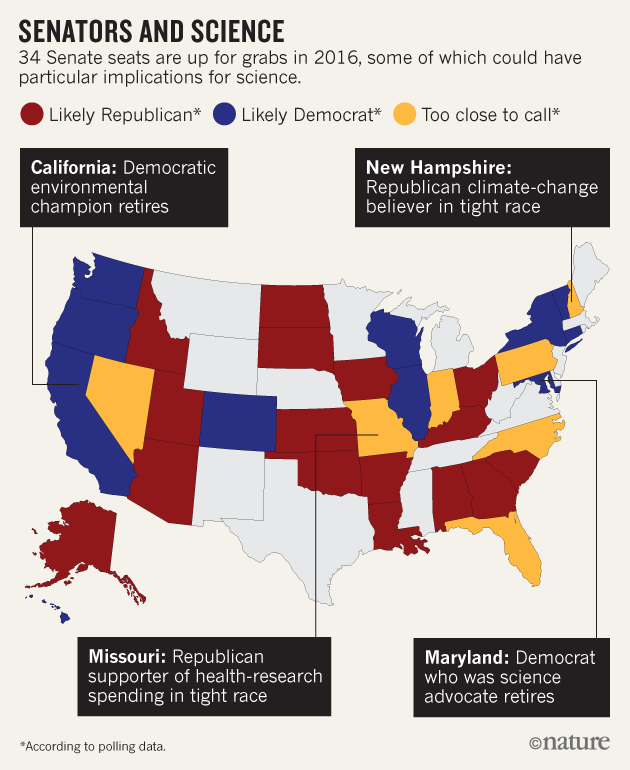 Take Maryland, whose senior senator, Barbara Mikulski, is retiring after 30 years in office. Mikulski is not only the highest-ranking Democrat on the powerful Senate Appropriations Committee, which formulates the Senate’s spending bills. She's also the top Democrat on the Senate subcommittee that oversees funding for the NSF, NASA and the National Oceanic and Atmospheric Administration (NOAA), and has pushed to increase spending on science over the years. That interest is home-grown: NASA’s Goddard Space Flight Center and several NOAA facilities, including the agency’s satellite operations centre, are located in Maryland. Many Earth, climate and space scientists consider Mikulski to be a powerful ally. Although her replacement is likely to be a fellow Democrat, that person won’t have her seniority or inherit her science-friendly committee posts.

Similarly, California will say good-bye to Democratic senator Barbara Boxer, who has made environmental issues a focus during nearly a quarter of a century in the Senate. Boxer has led several attempts to enact comprehensive climate-change legislation as a leader of the Senate Environment and Public Works Committee; all failed in what she now says is her biggest regret as she heads into retirement. As with Mikulski, Boxer is likely to be replaced with another Democrat. 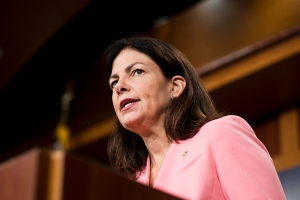 In New Hampshire, Republican senator Kelly Ayotte is fighting a close race to keep her seat. She’s one of just five Republican senators who voted in favour of a 2015 amendment that declared climate change to be real — and caused by human actions. Ayotte’s track record on environmental issues is mixed: she backed the Keystone XL oil pipeline, for example. But if she loses to her Democratic opponent, the Senate will lose one of its few Republicans who believe in climate change.

And in Missouri, long-time Republican senator Roy Blunt is in a surprisingly close race with a Democratic challenger. Blunt heads the Senate panel that helps to set funding for the US National Institutes of Health (NIH), the world’s largest basic-research agency. In recent years, he has pushed to increase NIH spending even as his party has sought to reduce the government’s overall budget. 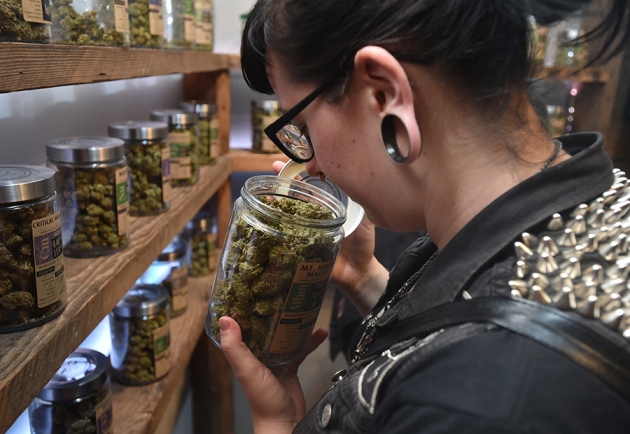 It is legal to sell recreational marijuana in the state of Oregon.