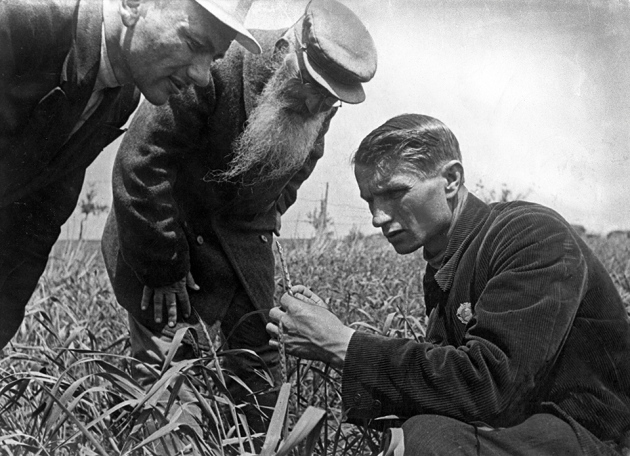 Antimatter annihilates matter. Anti-science, it is said, destroys what matters. And fears are increasing that anti-science forces are on the march. Indeed, on last month’s March for Science, a ‘war on science’ was frequently invoked as a reason for researchers to mobilize. Signs held aloft warned of a conflict.

True anti-science policies — the early Soviet Union’s suppression of genetics research, for example, and its imprisonment of biologists while trying to revamp agriculture — can wreck lives and threaten progress. But it’s important not to cheapen the term by overusing it. And it’s wrong for researchers and others to smear all political decisions they disagree with as being anti-science. For instance, despite being labelled by many as anti-science, the US Republican Party — for all of its flaws — is not trying to hobble innovation or seeking to dismantle the research enterprise.

In fact, Republicans have historically been strong supporters of science. They led the effort in the 1990s to double the budget of the National Institutes of Health (NIH), and they enthusiastically support space exploration. In March, when President Donald Trump proposed cutting nearly 20% of the NIH’s budget, Republicans on spending committees in Congress were among the first to scoff at the idea.

In no way does this defence of politicians excuse the blatant climate denial, the politically motivated budget cuts and the interference with peer review that all too frequently characterize government. Plenty of politicians, particularly in recent years, have made a habit of choosing certain inconvenient facts and dismissing them entirely. But to claim that this constitutes a strategic war on science is to argue that science is a single, unified entity: that if you are not with science on any given issue, you are against science.

Science does not speak with a single voice. Sit at a hotel bar during any conference and you will hear impassioned debate over what the data have to say about a certain question. Equally credentialled researchers fall out on whether carbon dioxide levels in the atmosphere have passed a tipping point, or on the health risks of sugar.

“Many ‘anti-science’ measures have nothing to do with science at all.”

Those who claim persecution in their pursuit of science would do well to consider whether the pursuit is as pure as they might wish. Science is ripe with problems: irreproducible results, manipulation of statistics, widespread sexual harassment and gender discrimination, and conflicts — or at least what seem to be conflicts — of financial interest, to name but a few. Stepping back to see how all this comes across to non-scientists could be educational.

If politicians don’t oppose the concept of science, why do so many seem to dismiss it? Many ‘anti-science’ measures have nothing to do with science at all. US politicians who want to weaken the Environmental Protection Agency, for instance, tend to want also to weaken all sorts of federal programmes that they see as examples of ‘big government’ interfering in local issues. Debates about the labelling of genetically modified food are driven less by health concerns than by distrust of the agriculture industry’s business practices. Government science agencies — shock, horror — are not always operated efficiently, and moving funds to more-effective programmes might sometimes be justified.

Science is only one of many factors and interests that a thoughtful politician needs to weigh when choosing a position on a complex topic. If science sometimes loses out to concerns about employment or economics, scientists should not immediately take it as a personal slight. Rather, it is a reason to look for common ground on which to discuss the concerns and work out how science can help: creating jobs in green energy, for instance, or revamping wasteful grant programmes.

Of course, corruption and conflicts of interest can frequently motivate political decisions as well, and researchers and others should not hesitate to highlight them. But name-calling and portraying the current political climate as a war between facts and ignorance simply sows division. If scientists are feeling threatened by budget cuts and real anti-science rhetoric, they should look for all the help and support they can get.