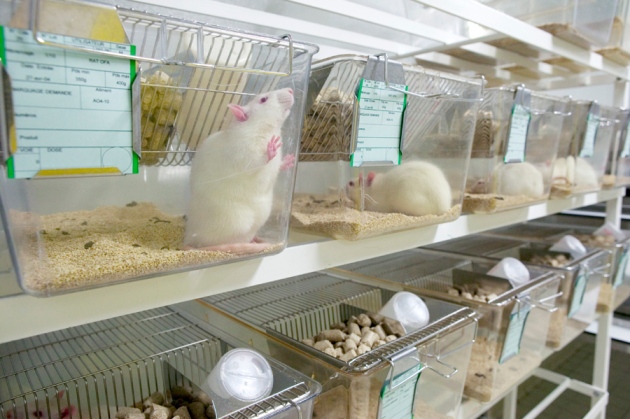 Much of the discussion about the humane killing of research animals centres on rodents.

Killing research animals is one of the most unpleasant tasks in science, and it is imperative to do it as humanely as possible. But researchers who study animal welfare and euthanasia are growing increasingly concerned that widely used techniques are not the least painful and least stressful available. This week, experts from across the world will gather in Newcastle upon Tyne, UK, to debate the evidence and try to reach a consensus.

“There are lots of assumptions made about the humaneness of various techniques for euthanizing animals,” says Penny Hawkins, deputy head of the research animals department at the Royal Society for the Prevention of Cruelty to Animals, a charity based in Southwater, UK. “Sometimes an animal might not appear to be suffering, but might be conscious and suffering.”

Much of the debate centres on rodents, which make up the vast majority of research animals. Current techniques for killing them include inhalation methods — such as chambers that fill with carbon dioxide or anaesthetic gases — and injecting barbiturates. Physical methods include cervical dislocation (breaking of the neck), or decapitation with specialist rodent guillotines (see ‘Methods used to kill lab rats’).

Some methods recommended by the American Veterinary Medical Association.

Barbiturate injection: Fast-acting, but injection may cause pain.

Carbon dioxide: Acceptable, but chamber must be filled over several minutes and not pre-filled. Death to be verified afterwards or ensured by physical method.

Cervical dislocation: Causes rapid death, but skill must be learned.

Decapitation: Useful when tissues must be free of euthanasia chemicals.

Experts hotly debate which method is preferable. The most-discussed question at the meeting is likely to be about the use of CO2.

“People do still worry about CO2 and it’s still almost certainly the most widely used method [for killing rodents],”says Huw Golledge, who studies the anaesthesia of lab animals at Newcastle University, UK. Golledge organized the meeting, which is backed by the London-based National Centre for the Replacement, Refinement and Reduction of Animals in Research. Its aim is to update a 2006 consensus document produced by international experts to give guidance to researchers working with animals.

CO2 is used to make rodents unconscious. They are then killed by either asphyxiating them with the gas, or by another method. But increasingly, studies suggest rodents find CO2 stressful.

Evidence for this comes mainly from ‘aversion studies’. A key study by animal welfare researcher Daniel Weary’s group at the University of British Columbia in Vancouver, Canada, shows that albino rats will move away from a dark compartment filling with CO2 into a brightly lit box, despite disliking bright lights. The study found that they were less likely to move away from isoflurane, also used in euthanasia (D. Wong et al. Biol. Lett. http://doi.org/ncv; 2012).

There are also question marks over physical methods. Performed perfectly with animals accustomed to being handled, cervical dislocation may be the best method, but it may not be practical for killing large numbers of rodents.

The issues are even more uncertain for the new animal models that scientists are pursuing. For example, a huge increase in the use of zebrafish has put them on the meeting’s agenda. Although much progress has been made with lab rodents, says Weary, “there’s been much less work on fish welfare in general”.

Widely used guidelines on animal euthanasia from the American Veterinary Medical Association (AVMA) in Schaumburg, Illinois, were updated earlier this year, in part to adapt to changes in the animals used in labs, with zebrafish guidance one of the additions. The association says it expects the lab animals section of these guidelines to continue to expand.

Some of this guidance comes with regulatory teeth. Later this year, the US National Institutes of Health, which funds biomedical research, says that it expects “full implementation” of the AVMA guidelines, with previously approved projects reviewed using them.

Regulation is also driving more unusual animals onto the agenda. New legislation on the treatment of laboratory animals is currently being incorporated into the laws of European Union member states and will cover cephalopods, in some nations for the first time (see Nature http://doi.org/fk65pb; 2011).