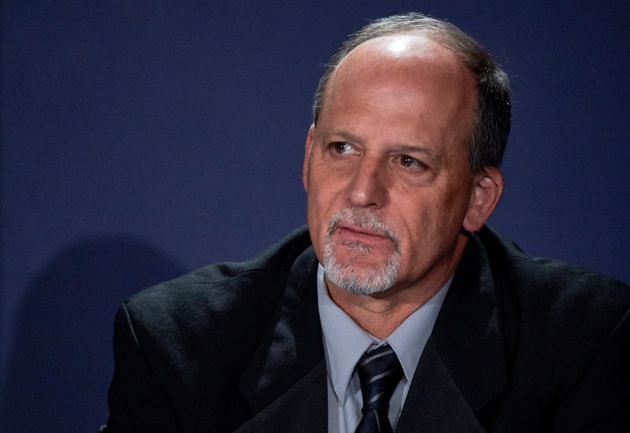 Geoffrey Marcy is a professor of astronomy at the University of California, Berkeley.

Update, 14 October 2015: Geoffrey Marcy has begun the process of resigning from his position at the University of California, Berkeley.

Revelations of sexual harassment by a prominent astronomer have provoked condemnation — and the hope that working conditions for female astronomers may improve as a result of the attention.

The case involves Geoffrey Marcy, an exoplanet hunter at the University of California, Berkeley. A university investigation completed in June 2015 found that Marcy violated the university’s sexual-harassment policies in incidents between 2001 and 2010, BuzzFeed News reported on 9 October. “We consider this to be a very serious matter and the university has taken strong action,” Berkeley spokesperson Janet Gilmore said in a statement.

But that action consists of Marcy making an agreement with the vice-provost of the Berkeley faculty to “abide by clear expectations concerning his future interactions with students”, the university said. If he fails to meet those expectations, “he would be immediately subject to sanctions that could include suspension or dismissal”.

The lack of consequences for Marcy's past actions sparked outrage among many US astronomers. Julianne Dalcanton, an astrophysicist at the University of Washington in Seattle, called it “immoral” to allow Marcy continued professional contact with students.

But Dalcanton says that having such a prominent researcher revealed to be  involved in harassment might actually help efforts to improve the situation for women in astronomy. “The more that the broader community understands that even people they like and respect may have undermined (if not ruined) the careers of promising scientists — perhaps moving forward, more people will be part of the solution,” she says.

In the meantime, Marcy's colleagues are seeking stronger sanctions against the astronomer. Nearly all of Berkeley's astronomy faculty members released a statement on 12 October calling for Marcy to leave the faculty. Graduate students and postdoctoral fellows in the department have also weighed in with separate statements, asking — among other things — that Marcy be relieved of any interactions with undergraduate students.

Gilmore said that Berkeley cannot discipline faculty members on its own. “The university concluded that establishing clear behavioral standards governing his interactions with students inside and outside the classroom, and requiring him to waive his procedural rights in the event he violates the agreement, was the most certain and effective option for preventing any inappropriate future conduct,” she added.

The Berkeley investigation report is not public, but the university confirmed that the charges involved multiple students. The complaints were filed with Berkeley’s Title IX office, which deals with the US law that prohibits discrimination on the basis of sex, including sexual harassment.

In an open letter to the astronomy community on 7 October on his university web page, Marcy apologised for his behaviour but said that he did not agree with the specifics of each complaint. “I take full responsibility and hold myself completely accountable for my actions and the impact they had,” he wrote. (Marcy did not respond to Nature's request for comment.)

A petition expressing support for the women who were subject to Marcy’s actions has garnered more than 2,000 signatures, including many leading astronomers from Berkeley and elsewhere. Claire Max, director of the University of California Observatories, released a statement with the University of California, Santa Cruz, astronomy department noting that “students place tremendous trust in their teachers and mentors”, and “any violation of this trust damages our respective missions by undermining the freedoms of inquiry and expression”.

Marcy is well known for his early role in discovering exoplanets, research that he continues today using space-based telescopes such as NASA’s Kepler and ground-based telescopes such as the Automated Planet Finder at the Lick Observatory in northern California. In July, Marcy’s team received US$100 million from Russian billionaire Yuri Milner to radically increase the amount of time spent listening for signs of intelligent life elsewhere in the Universe.

Evidence of sexual harassment as well as sexual assault is pervasive throughout many fields of science. For instance, the Survey of Academic Field Experiences (SAFE) survey1 of 666 scientists, published in 2014, documented harassment and assault occurring regularly in scientific fieldwork, mostly to early-career women. And in another high-profile example, a US federal court in Minnesota is scheduled to soon hear a lawsuit brought by a raptor biologist (and former University of Minnesota graduate student) who alleges that she was subject to unwelcome sexual advances in the field.

US astronomers have been more progressive in speaking out against sexual harassment than many of their counterparts in other disciplines or countries. The American Astronomical Society (AAS) instituted an anti-harassment policy for its conferences in 2008, which has served as a model for societies in other fields to adopt their own meeting guidelines. The AAS also has a long-standing and active committee on the status of women in astronomy.

Other, informal efforts to support female astronomers include the Women in Astronomy blog, which provides advice on topics such as salary negotiation and dealing with bullying, and an ‘Astronomy Allies’ buddy system to provide safe transportation home during astronomy-related events.

BuzzFeed News reported that some of the allegations involving Marcy stemmed from a 2010 AAS meeting, but the society has received no related complaint, says AAS president Meg Urry, an astronomer at Yale University in New Haven, Connecticut. If it does, she says, the society will investigate, and “if the behaviour violates our policy there will be consequences stronger than Berkeley’s reported ‘don’t do it again’”.