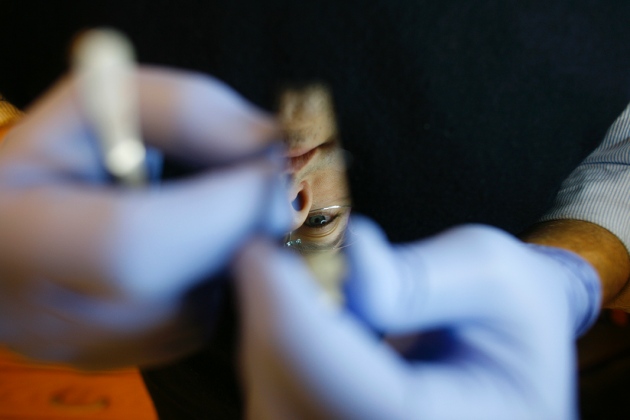 An ongoing fight over overtime pay rules has left many US postdocs in financial limbo. Labour regulations set to take effect on 1 December would have effectively increased wages for many of these researchers, but on 22 November a US federal judge in Texas temporarily blocked the new rules.

Some universities are proceeding with planned salary increases for postdocs, but others have cancelled — or at least, temporarily halted — changes to researchers' pay. The uncertainty over how the legal battle will play out is already affecting some postdocs' career and family plans.

“The injunction coming down, especially right before the holiday weekend, was really disheartening,” says Colm Atkins, a postdoc at the University of Texas Medical Branch in Galveston. His institution is cancelling the raises it had planned to comply with the overtime rule. “I know postdocs with spouses and families that were really looking forward to having that safety net.”

One couple, both postdocs at the University of Massachusetts Medical School in Worcester, had decided to try for a baby because their combined pay rises would have allowed them to afford childcare, says Sonia Hall, a fellow postdoc at the same school. But the institution has decided not to go ahead with the increases, so now they can’t, she adds.

The US Department of Labor finalized the new wage rule in May. The regulation made overtime pay, set at 1.5 times a worker’s hourly wage, mandatory for people making less than US$47,476 per year, once they work for more than 40 hours in one week. The average postdoc salary in the United States is about $45,000 per year, and many of the researchers surpass the 40-hour cut-off. The previous overtime pay threshold was $23,660 per year.

Because it would probably have been cheaper and logistically easier to raise salaries than to count the hours a postdoc worked, many universities and government agencies had planned to increase annual wages.

The US National Institutes of Health (NIH) will stick to its plan to raise the minimum salary for postdocs paid through its grants to $47,484. This is a 9% increase over previous NIH guidelines.

“A lot of places follow the NIH’s example,” says Kate Sleeth, chair of the board of the National Postdoctoral Association in Washington DC, which has been advocating for a minimum postdoc salary of $50,000 for more than two years. “I’m hoping everyone follows suit. And to be honest, if institutions don’t increase their salaries, or they go hourly, I think eventually the numbers of postdocs who are attracted to those institutions will dwindle.”

Even though they are no longer legally compelled to, many other institutions — including Duke University in Durham, North Carolina, the University of Minnesota in Minneapolis and Boston University in Massachusetts — are going ahead with their plans to raise postdocs’ minimum salaries above the $47,476 cut-off.

For those that aren’t — such as the University of Michigan in Ann Arbor — it is not clear whether they are temporarily pausing such plans or abandoning them entirely. The Future of Research, an advocacy group for junior researchers, is tracking institutional responses to the regulation and its suspension on its website.

Sleeth was not surprised to hear that the regulation had been suspended. “We were kind of waiting to see if someone was going to challenge it,” she says. Twenty-one states and a coalition of businesses filed a case against the rule in October, arguing that the Department of Labor had overreached its authority. The judge blocked the rule from taking effect on 22 November, until he could decide on the case. It's unclear when he will do so, or if the Department of Labor will challenge the ruling.

The timing of the injunction couldn’t have been worse, coming so close to when the regulation was supposed to kick in, says Sleeth. “It’s almost cruel.”

“When you're at the bottom of the pecking order, even when you're highly educated and skilled and motivated, it's hard to ask for a raise,” says Tess Eidem, a biochemistry postdoc at the University of Colorado Boulder. Her institution will let individual researchers decide whether to raise the pay of their postdocs.

The increased wages would have been more than a pay rise, Hall says. They would have sent a message that postdocs are respected and their work is valued. “They’re a major driving force of the data collection and discovery in the scientific enterprise, and they want to feel like they’re not hiding in the shadows anymore.”

This story has been updated to include comment from researchers Tess Eidem and Colm Atkins.