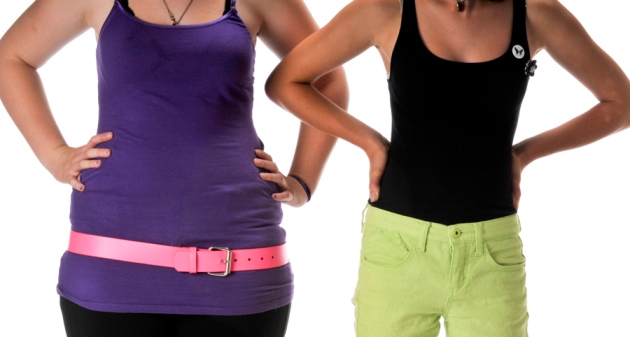 In some sets of twins one of the siblings becomes obese while the other says lean — and when gut microbes from the obese twin are fed to a mouse, it too gains weight.

Gut bacteria from lean mice can invade the guts of obesity-prone cage-mates and help their new hosts to fight weight gain.

Researchers led by Jeffrey Gordon, a biologist at Washington University in St. Louis, Missouri, set out to find direct evidence that gut bacteria have a role in obesity.

The team took gut bacteria from four sets of human twins in which one of each pair was lean and one was obese, and introduced the microbes into mice bred to be germ-free. Mice given bacteria from a lean twin stayed slim, whereas those given bacteria from an obese twin quickly gained weight, even though all the mice ate about the same amount of food.

The team wondered whether the gut microbiota of either group of mice would be influenced by mice with one type living in close quarters with animals harbouring the other type.

So the scientists took mice with the ‘lean’ microbiota and placed them in a cage with mice with the ‘obese’ type before those mice had a chance to start putting on weight.

“We knew the mice would readily exchange their microbes,” Gordon says — that is, eat each other’s faeces. Sure enough, the populations of bacteria in the obese-type mice changed to match those of their lean cage-mates, and their bodies remained lean, the team writes today in Science1.

The bacterial invasion travelled only in that direction, however: the bacteria of the obese mice could not colonize the lean neighbour. This makes sense, says Gordon, who found in earlier work that the population of gut bacteria in obese people is less diverse than that in lean people2, leaving unfilled niches in the microbiota. The bacteria from the lean mice seem to be able to find those vacancies, he says.

But this left him wondering: if the bacteria of lean people are so good at setting up shop in the guts of the obese, “why don’t we have an epidemic of leanness in America?”

So the team fed the mice a more human diet, turning foods such as breakfast cereal and pizza into pellets for the mice. When the animals were fed a diet low in saturated fat and high in fruit and vegetables, the transfer of gut microbes from mice with the lean type to those with the obese type still occurred; however, when the mice were given a high-fat, low-vegetable diet this did not happen, and mice with the obese-type bacteria gained weight. “There’s an intricate relationship between our diet and how our gut bugs work,” says Gordon. “You have to have the right ingredients.”

Patrice Cani, who studies the interaction between gut bacteria and metabolism at the Catholic University of Leuven in Belgium, is impressed that the authors of the study were able to demonstrate causality between gut microbiota and a physical feature such as body type. And he says there is much more to be learned about the interaction of gut bacteria and diet from the work. “This paper is like a bank of information,” he says. “We can keep going back for a deeper look.”

Gordon agrees. “It’s a complex puzzle with many interesting parts,” he says. “The microbiota is just one piece.”