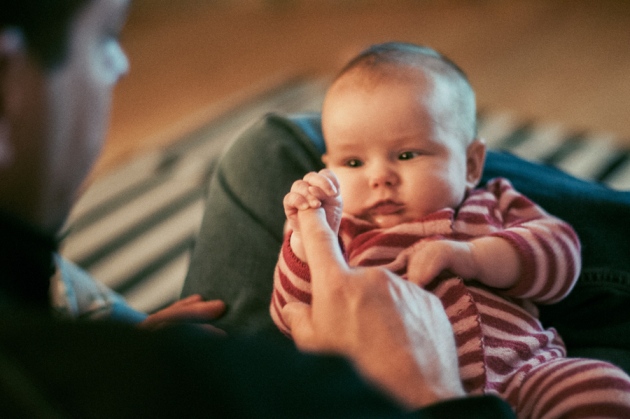 Infants already look people in the eyes, but autism-spectrum disorders already begin to jeopardize this skill between two and six months after birth.

Children with autism make less eye contact than others of the same age, an indicator that is used to diagnose the developmental disorder after the age of two years. But a paper published today in Nature1 reports that infants as young as two months can display signs of this condition, the earliest detection of autism symptoms yet.

If the small study can be replicated in a larger population, it might provide a way of diagnosing autism in infants so that therapies can begin early, says Warren Jones, research director at the Marcus Autism Center in Atlanta, Georgia.

Jones and colleague Ami Klin studied 110 infants from birth — 59 of whom had an increased risk of being diagnosed with autism because they had a sibling with the disorder, and 51 of whom were at lower risk. One in every 88 children has an autism spectrum disorder (ASD), according to the most recent survey by the US Centers for Disease Control and Prevention in Atlanta.

At ten regular intervals over the course of two years, the researchers in the new study showed infants video images of their carers and used eye-tracking equipment and software to track where the babies gazed.

Twelve children from the high-risk group were diagnosed with an ASD — all but two of them boys — and one male from the low-risk group was similarly diagnosed. Between two and six months of age, these children tended to look at eyes less and less over time. However, when the study began, these infants tended to gaze at eyes just as often as children who would not later develop autism.

Jones and Klin were surprised by that distinction, because they had expected that infants who go on to develop autism would make noticeably less eye contact from birth. But Jones says that the team’s finding points to a window for interventions aimed at treating autism: “It does give us hope, because it suggests that, were we able to identify children at this early time point in life, there’s a bit of a foundation we could begin to build on with treatments.”

Simon Baron-Cohen, an autism researcher at the University of Cambridge, UK, says that the new study of the ability to make eye contact is “remarkable in containing so many time points that the investigators can catch the time window when the atypical development of this skill begins to emerge”. The work has the potential to reveal how autism develops and could enable early detection and thus early intervention, Baron-Cohen adds.

Jones says that it is too early to use his team’s findings to diagnose autism. For that to happen, much larger population studies need to establish that a decline in gazing at eyes can accurately predict the development of autism. “That’s our long-term future objective,” he says.