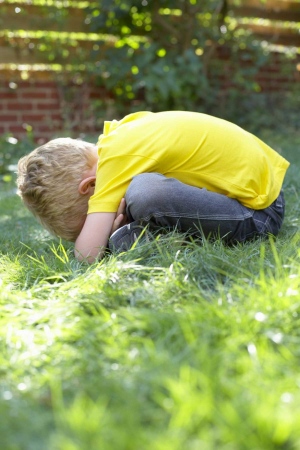 Protein inhibitors might one day reverse the social difficulties experienced by children with autism.

As diagnoses of autism spectrum disorder rise, the need for effective therapies has increased in urgency. Today, a paper in Nature describes two ways of reversing autism-like symptoms in a new mouse model of the condition1.

Autism spectrum disorder (ASD) affects up to 1 in 110 people. Although a few drugs have shown promise in mouse models, none is able to treat the core social deficits common to ASD in humans.

A team of researchers led by Nahum Sonenberg of McGill University in Montreal, Quebec, created a new model of mouse autism, and then reversed its symptoms. They began by genetically engineering mice so that they lacked the gene Eif4ebp2. The 4E-BP2 protein that this produces suppresses the translation of certain messenger RNAs, so knocking out Eif4ebp2 allows the proteins that these mRNAs produce to be synthesized at above normal levels.

Mice lacking Eif4ebp2 exhibit many autism-like symptoms, including poor social interaction, altered communication and repetitive behaviours. Sonenberg and his co-workers found that one group of proteins that proliferates in the absence of Eif4ebp2 is the neuroligins (NLGNs), which sit in the membrane of neurons and help to create and maintain the connections, or synapses, between nerve cells.

When the authors examined mouse brain slices, they discovered that overproduction of NLGNs results in synapses that are prone to overstimulation, establishing a ‘hyperconnectivity’ that many researchers believe underlies the symptoms of ASD.

Although runaway protein synthesis has been implicated in autism before, its downstream effects on synaptic proteins have been opaque, says Jack Price, a developmental neurobiologist at King’s College London's Institute of Psychiatry. “This new research helps close that gap, providing a direct link between translation and neuroligins.”

Sonenberg and his colleagues also show that the effects of deleting Eif4ebp2 can be reversed. Because 4E-BP2 blocks translation by disrupting the protein complex that initiates the process, the researchers tested whether a small-molecule drug that binds to one of the protein components of the translation-initiation complex, preventing complex assembly, would counteract the gene deletion.

This treatment not only reversed synaptic hyperconnectivity, the mice also showed none of the autism-like symptoms that they had exhibited previously. The team extended these findings by directly suppressing the translation of NLGN proteins using short interfering RNAs, and found that this also prevented the development of hyperconnectivity and autism-like symptoms. “Even though autism is a neurodevelopmental disease, we were able to correct autism-associated behaviours in adult mice,” says Christos Gkogkas, a member of Sonenberg's team at McGill.

Despite these results, Sonenberg cautions against interpreting them as a sign that a treatment for ASD is around the corner. “The drug we used would be too toxic to use for ASDs,” he says. “But we’ve shown that this pathway is important, identified potential therapeutic targets and demonstrated that a drug therapy is possible in principle.”

The search for drug therapies is complicated by the fact that ASD has many genetic causes, each of which accounts for no more than 1% of cases2. Nonetheless, Sonenberg says, it’s possible that these diverse mutations could converge on the same pathway — which Price describes as an interesting “unifying hypothesis”.

“This is extremely important idea to test,” Sonenberg adds, “and it’s something we’re researching now.”