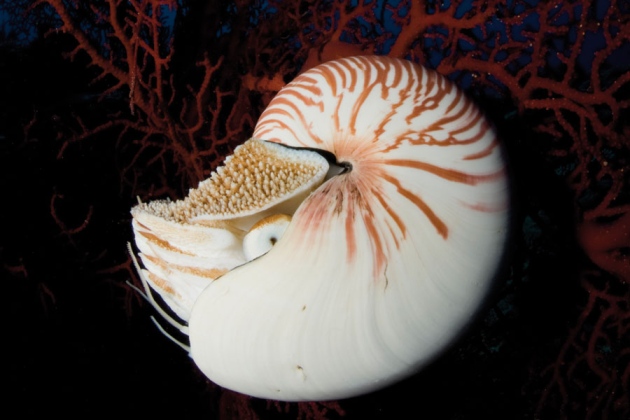 Species such as the chambered nautilus would benefit from restrictions on activities in the Coral Sea.

Home to pristine reefs, rare sharks and vast numbers of exotic fish, the Coral Sea is a unique haven of biodiversity off the northeastern coast of Australia. If a proposal by the Australian government goes ahead, the region will also become the world’s largest marine protected area, with restrictions or bans on fishing, mining and aquaculture.

The Coral Sea reserve would cover almost 990,000 square kilometres and stretch as far as 1,100 kilometres from the coast (see map). Unveiled by environment minister Tony Burke on 25 November, the proposal would be the last piece in a jigsaw of proposed marine reserves that stretch around Australia’s coast. 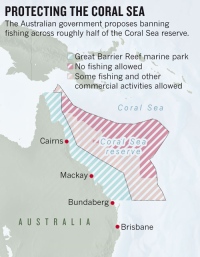 But the scheme is attracting criticism from scientists and conservation groups, who argue that the government hasn’t gone far enough in protecting the Coral Sea, or in other marine reserves in the coastal network.

Hugh Possingham, director of the Australian Research Council (ARC) Centre of Excellence for Environmental Decisions at the University of Queensland, points out that little more than half (507,000 km2) of the Coral Sea reserve is proposed as a ‘no take’ area, in which all fishing would be banned. The world’s largest existing marine reserve, established last year by the British government around the Chagos Islands in the Indian Ocean, spans 544,000 km2 and is a no-take zone throughout. An alliance of campaigning conservation groups, including the WWF and the Pew Environment Group, argues that more of the Coral Sea should receive this level of protection.

“I would like to have seen more protection for coral reefs,” says Terry Hughes, director of the ARC Centre of Excellence for Coral Reef Studies at James Cook University in Townsville, Queensland. “More than 20 of them would be outside the no-take area and vulnerable to catch-and-release fishing”.

As Nature went to press, the Australian government had not responded to specific criticisms of the plan. But Robin Beaman, a marine geologist at James Cook University, says that the reserve does “broadly protect the range of habitats” in the sea. Beaman’s research helped to inform the government’s proposal. “I can vouch for the huge effort that government agencies and other organizations have put into trying to understanding the ecological values of this vast area,” he says.

Reserves proposed earlier this year for Australia’s southwestern and northwestern coastal regions have also been criticized for failing to give habitats adequate protection. In August, 173 marine scientists signed an open letter to the government saying they were “greatly concerned” that the proposals for the southwestern region had not been based on the “core science principles” of reserves — the protected regions were not, for instance, representative of all the habitats in the region, they said.

Critics say that the southwestern reserve offers the greatest protection to the offshore areas where commercial opportunities are fewest and where there is little threat to the environment, a contention also levelled at the Coral Sea plan.

Public consultation on the proposal will conclude in February.